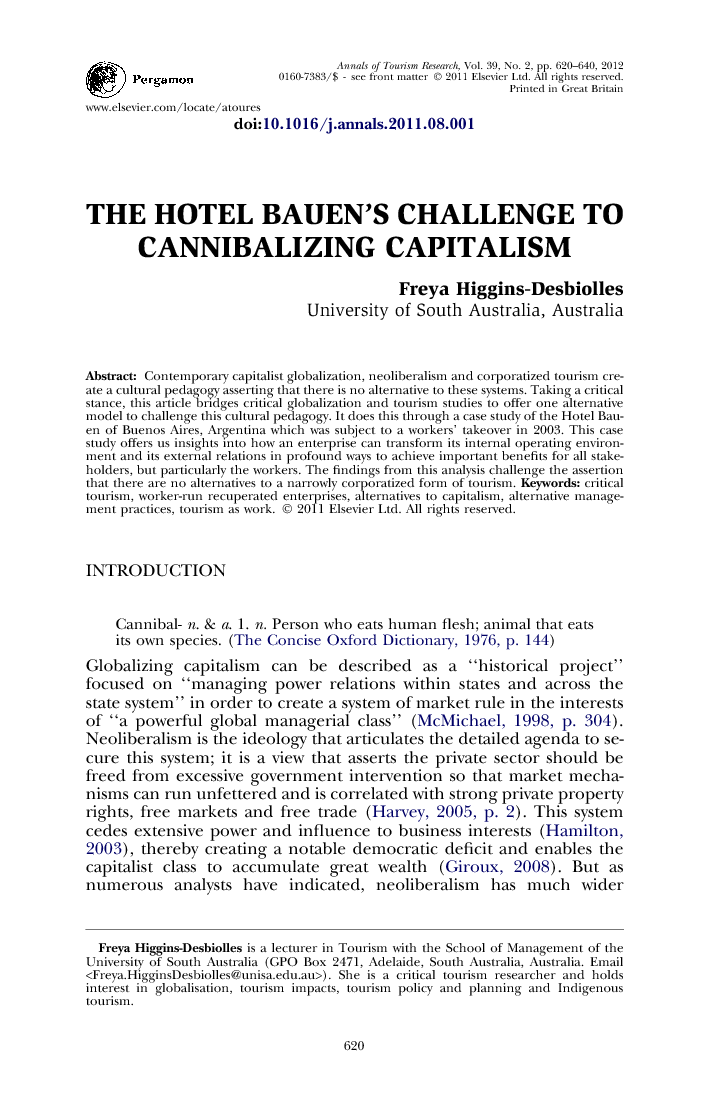 Contemporary capitalist globalization, neoliberalism and corporatized tourism create a cultural pedagogy asserting that there is no alternative to these systems. Taking a critical stance, this article bridges critical globalization and tourism studies to offer one alternative model to challenge this cultural pedagogy. It does this through a case study of the Hotel Bauen of Buenos Aires, Argentina which was subject to a workers’ takeover in 2003. This case study offers us insights into how an enterprise can transform its internal operating environment and its external relations in profound ways to achieve important benefits for all stakeholders, but particularly the workers. The findings from this analysis challenge the assertion that there are no alternatives to a narrowly corporatized form of tourism.