عنوان انگلیسی
Malthus vs. Wordsworth: Perspectives on humankind, nature and economy. A contribution to the history and the foundations of ecological economics
دانلود فوری مقاله + سفارش ترجمه 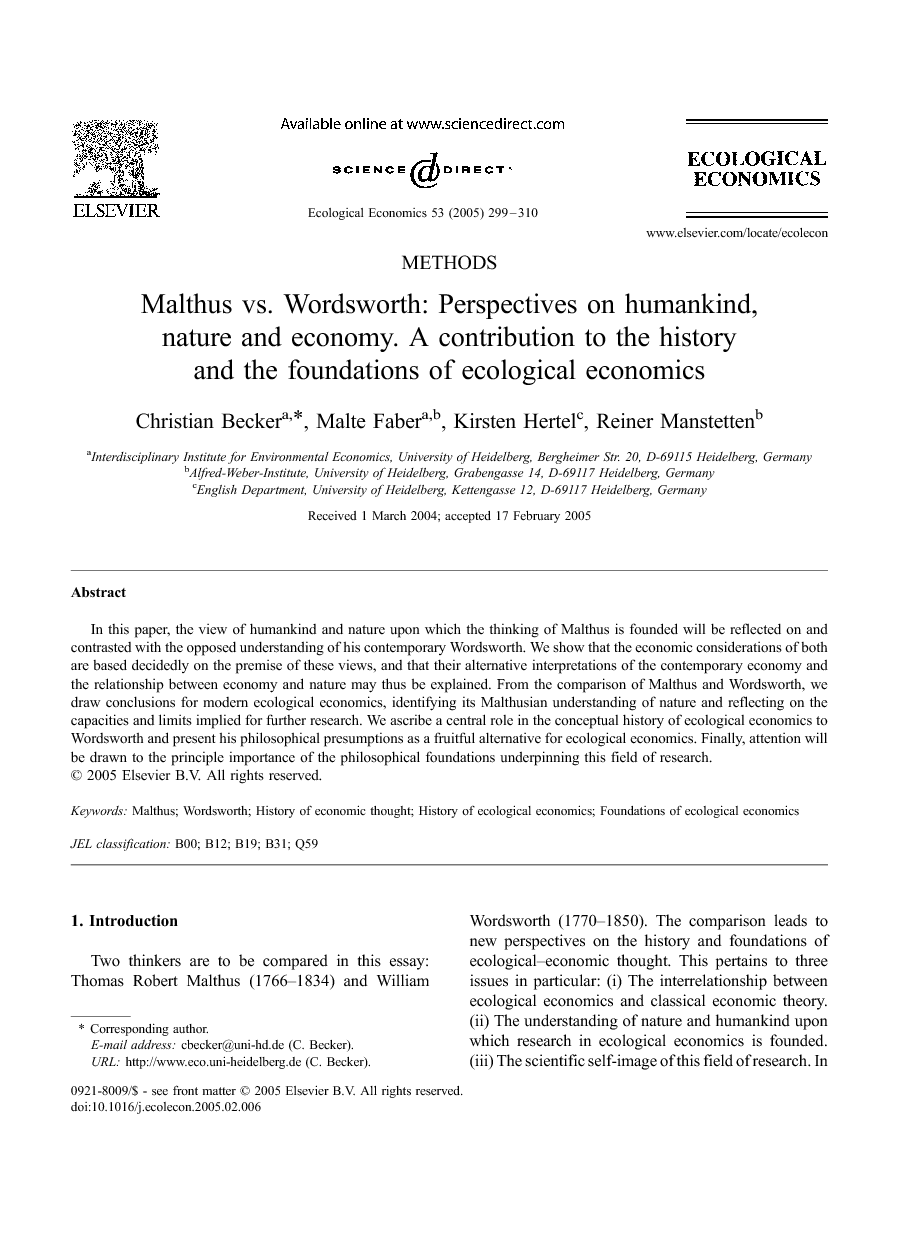 In this paper, the view of humankind and nature upon which the thinking of Malthus is founded will be reflected on and contrasted with the opposed understanding of his contemporary Wordsworth. We show that the economic considerations of both are based decidedly on the premise of these views, and that their alternative interpretations of the contemporary economy and the relationship between economy and nature may thus be explained. From the comparison of Malthus and Wordsworth, we draw conclusions for modern ecological economics, identifying its Malthusian understanding of nature and reflecting on the capacities and limits implied for further research. We ascribe a central role in the conceptual history of ecological economics to Wordsworth and present his philosophical presumptions as a fruitful alternative for ecological economics. Finally, attention will be drawn to the principle importance of the philosophical foundations underpinning this field of research.