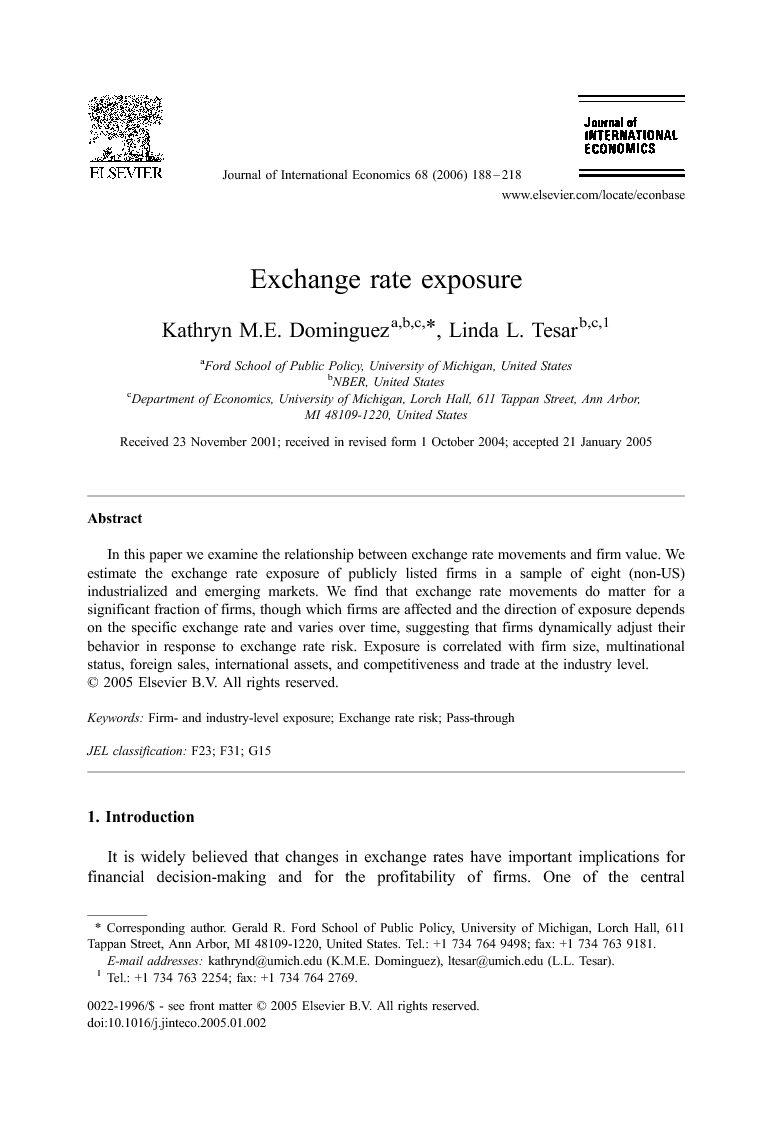 In this paper we examine the relationship between exchange rate movements and firm value. We estimate the exchange rate exposure of publicly listed firms in a sample of eight (non-US) industrialized and emerging markets. We find that exchange rate movements do matter for a significant fraction of firms, though which firms are affected and the direction of exposure depends on the specific exchange rate and varies over time, suggesting that firms dynamically adjust their behavior in response to exchange rate risk. Exposure is correlated with firm size, multinational status, foreign sales, international assets, and competitiveness and trade at the industry level.