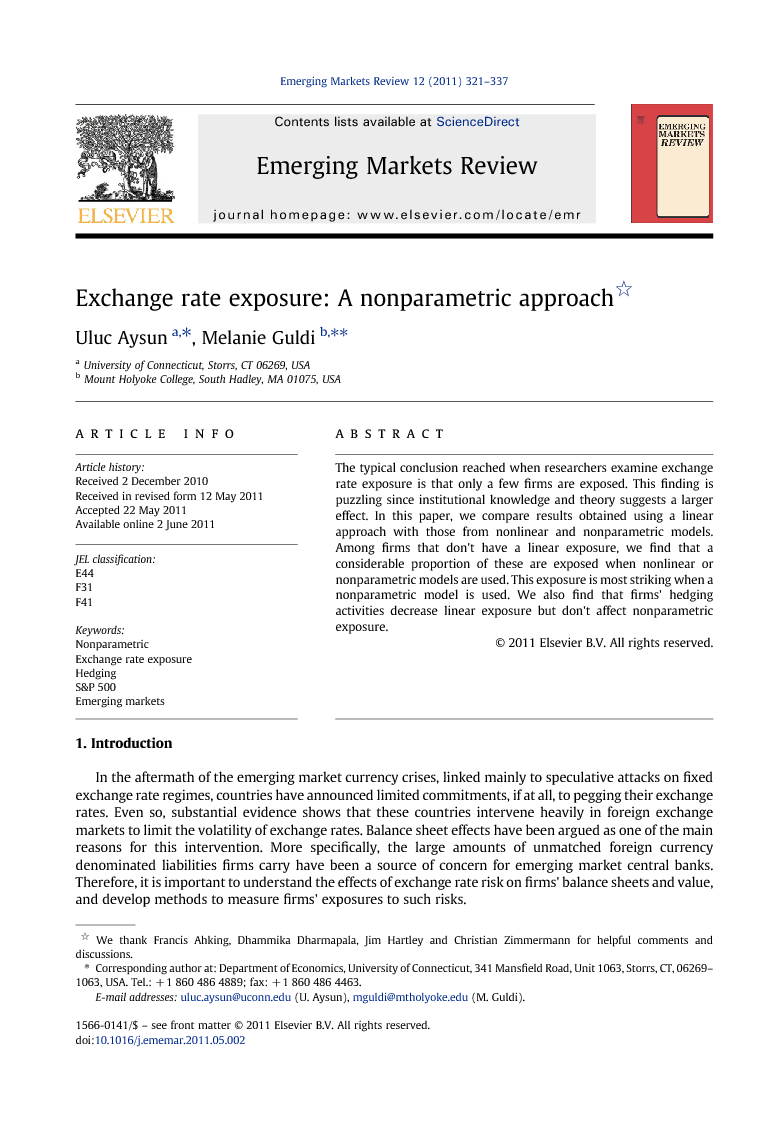 Our results demonstrate that when exchange rate exposure is measured using only a linear model, the proportion of firms with exposures are understated in both emerging markets and an advanced economy such as the U.S.. We show that if NL, PP and NP models are used as an estimation strategy the frequency of exposure increases. Among these models, however, we find that only NP results display the high frequencies of exposure that are parallel to anecdotal evidence, finance theory and institutional knowledge. Consistent with these results, our second stage regression results implied that firms are able to lower their linear exposures but not the NP (and nonlinear in some cases) exposures by using foreign currency derivatives. Although the NP approach used in this paper has several advantages for every country, this approach would be most useful for countries that have a high degree of variety among their firms (in terms of openness and economic exposure) and/or are experiencing structural breaks (for example those that are in the process of integrating with global capital markets). Indeed, by estimating the nature (or the functional form) of the relationship between stock prices and exchange rates uniquely for each firm and by more effectively accounting for the dynamics of this relationship before and after structural breaks, a NP approach can be more advantageous over parametric approaches. The latter characteristic would be especially useful when using long sample periods.