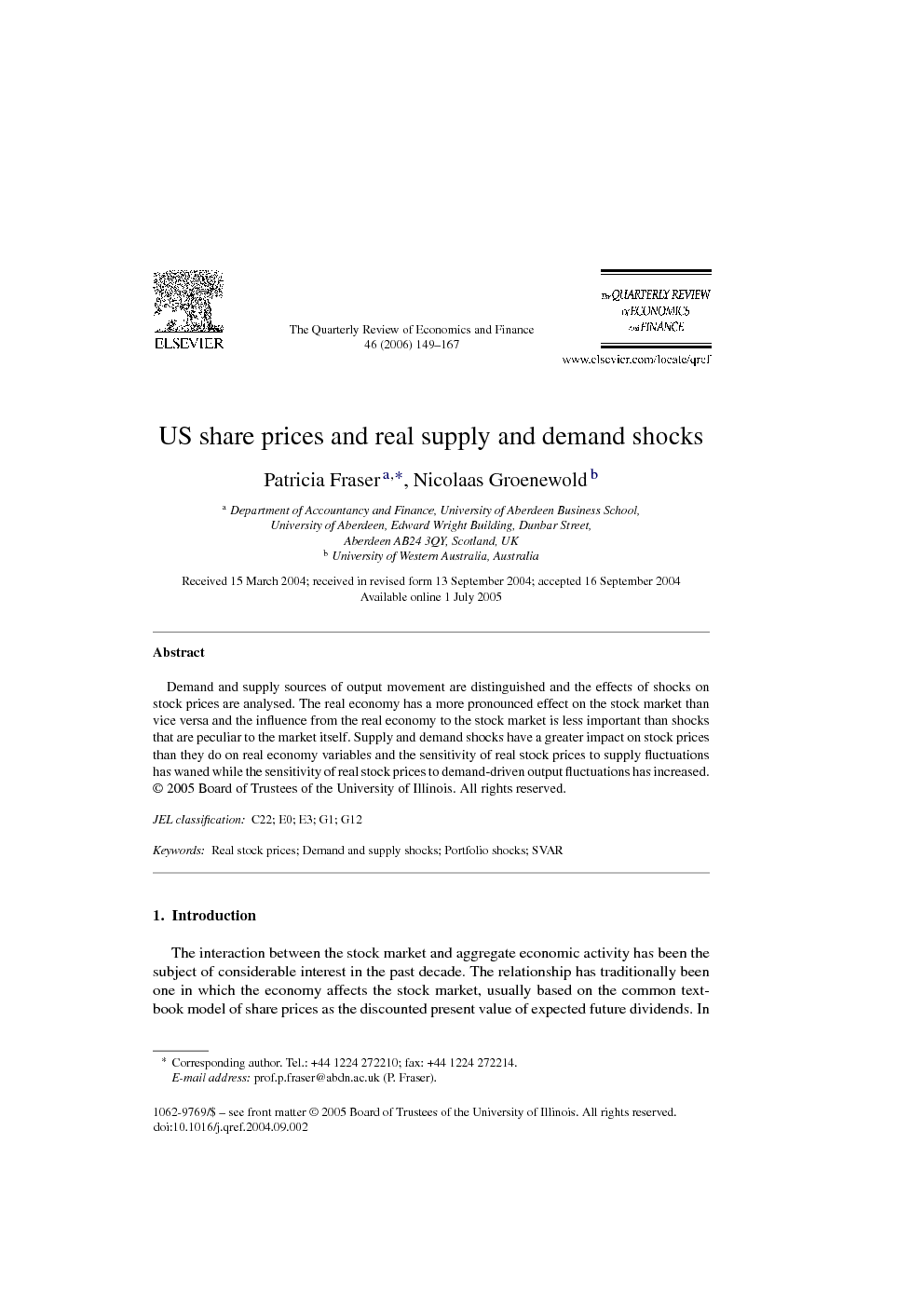 In this paper, we have set out a small theoretical macro model of the relationship between stock prices and output and used it to restrict a vector-autoregressive model in the unemployment rate, real output and real stock prices, which we estimated using quarterly US data for the period 1947–2002. We identified three different structural shocks: a supply shock, a demand shock and a stock market or portfolio shock. The supply shock was allowed to have permanent effects on output and stock prices but not on the unemployment rate, the demand shock was identified as having only temporary effects on all our three variables and the stock market shock had long-run effects on real stock prices but only short-run effects on real output and the unemployment rate. The results reported in this paper suggest the following. First, there are asymmetries in the stock market–real economy relationship with the real economy having a more pronounced effect on the stock market than vice versa (at least over the sample period analysed here). Second, the influence from the real economy to the stock market is less important than shocks that are peculiar to the market itself. Third, supply and demand shocks have a relatively greater impact on stock prices than they do on real economy variables, such as unemployment and output, implying that the financial sector of the economy in general and stock market players, in particular, are particularly exposed to such shocks. Fourth, the evidence reported suggests that while the effects of stock market sentiment on stock prices has had a dominant role to play in the permanent component (supply-driven output fluctuations and stock market sentiment-driven fluctuations) of stock prices, since the mid-1990s, in particular, the sensitivity of real stock prices to supply fluctuations has waned considerably with almost all the variability of the permanent component being due to stock market sentiment. Further, the evidence also suggests that since the mid-1990s, the sensitivity of real stock prices to demand-driven output fluctuations has increased. Such observations suggest that stock price sensitivity to the real economy and financial influences not only changes over time but that stock price behaviour pre- and post-mid-1990s, in particular, differs.