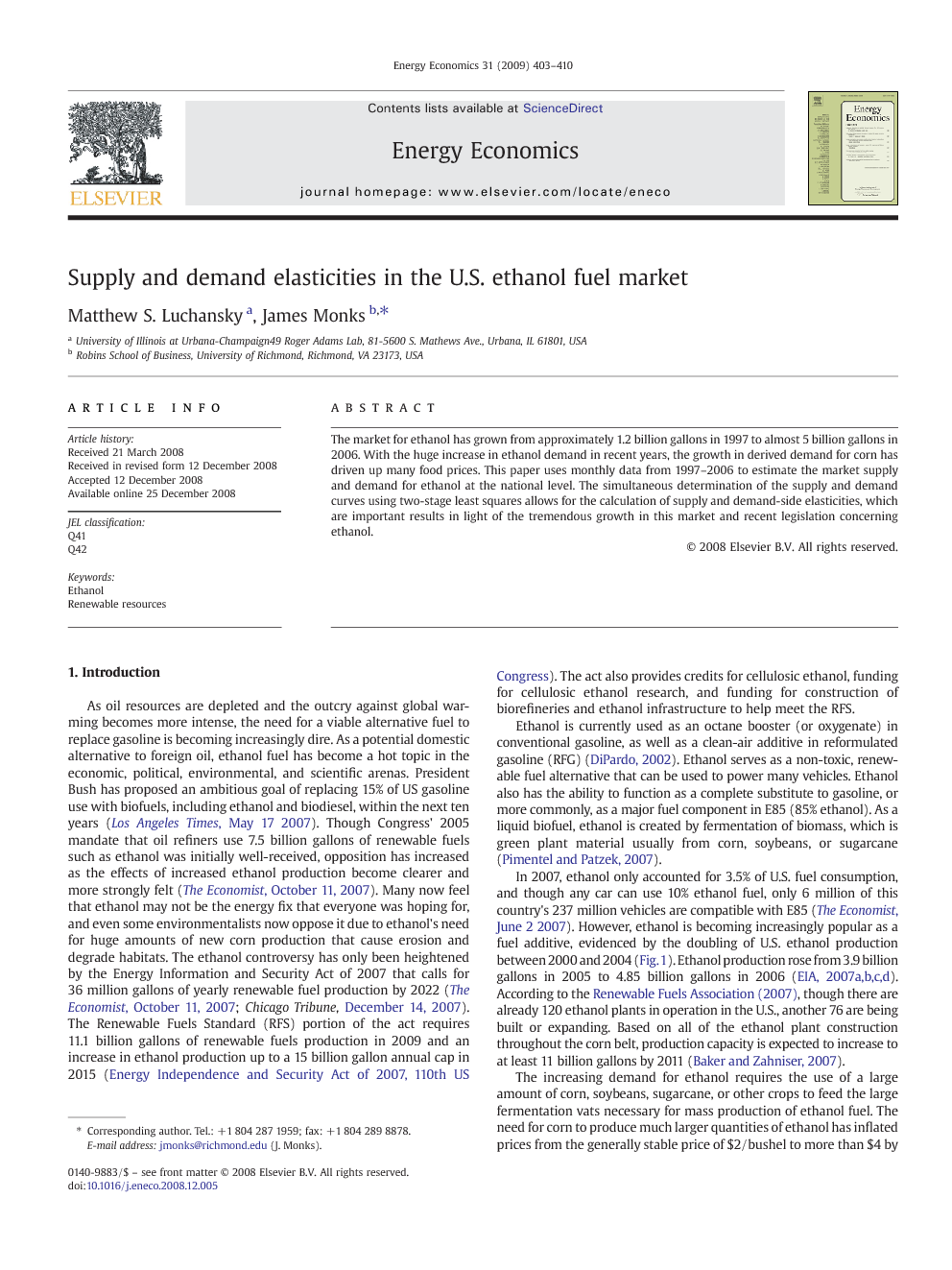 The market for ethanol has grown from approximately 1.2 billion gallons in 1997 to almost 5 billion gallons in 2006. With the huge increase in ethanol demand in recent years, the growth in derived demand for corn has driven up many food prices. This paper uses monthly data from 1997–2006 to estimate the market supply and demand for ethanol at the national level. The simultaneous determination of the supply and demand curves using two-stage least squares allows for the calculation of supply and demand-side elasticities, which are important results in light of the tremendous growth in this market and recent legislation concerning ethanol.