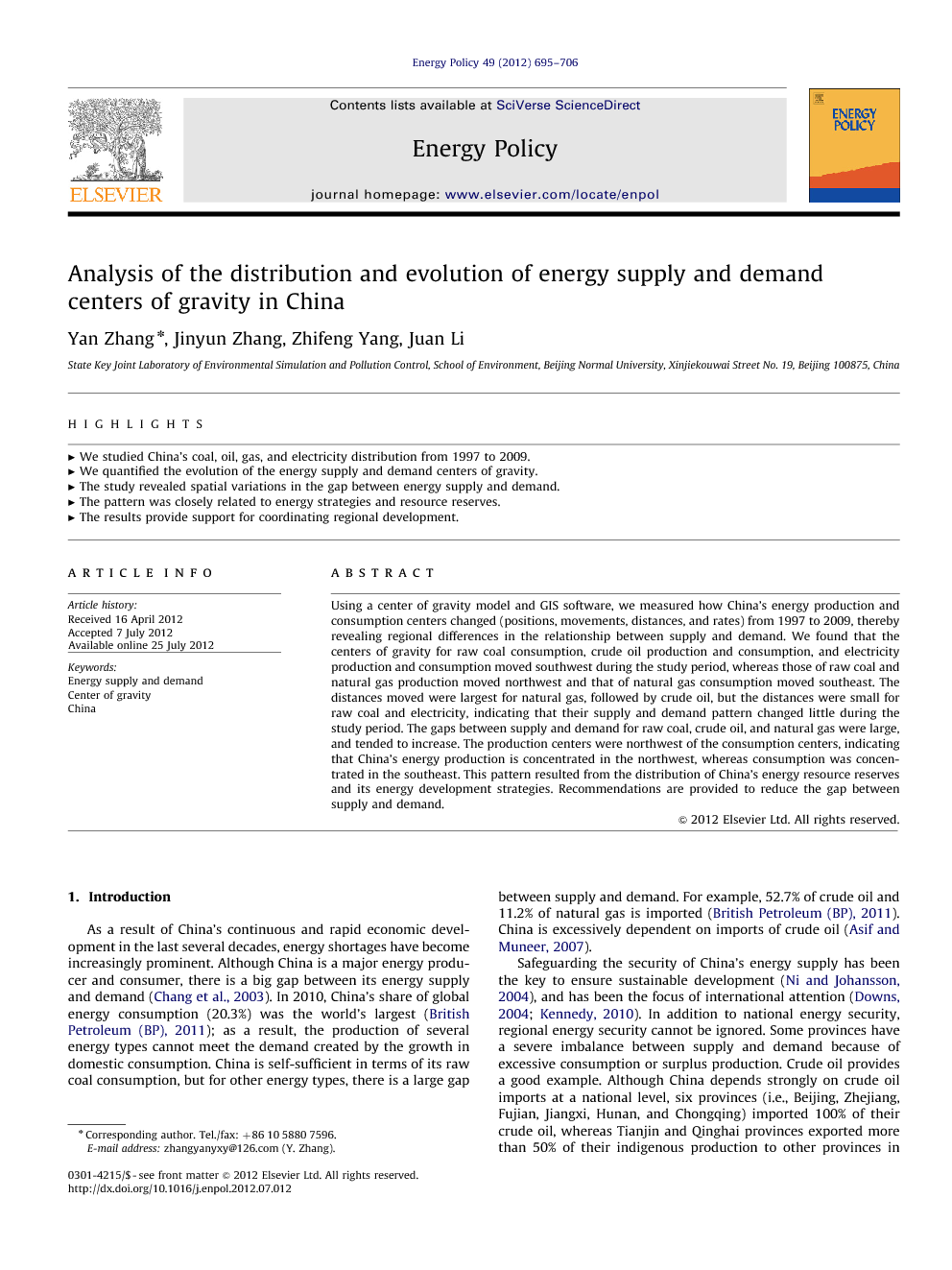 In this study, we used the center of gravity approach to describe changes (positions, movement directions, movement distances, and rates per year) in China's energy production and consumption distribution from 1997 to 2009 for China's four main types of energy (raw coal, crude oil, natural gas, and electricity). The center of gravity method proved to be an effective way to investigate the spatial variations in the gap between energy supply and demand. The raw coal, crude oil, and natural gas are mainly primary energy, whereas electricity generation includes both coal-based power (secondary energy) and primary sources such as hydroelectric power, nuclear power, wind power, and other sources. One limitation of our study is that we assumed the energy production and consumption were concentrated in the capital city of each province. This is clearly a simplifying assumption and was chosen mainly because we could only obtain provincial-level energy production and consumption data. If more detailed data became available (e.g., at the city or county level), it would be interesting to repeat this study in a more precise way. Another limitation was that we only considered four main types of energy (raw coal, crude oil, natural gas, and electricity). In the future, it would be interesting to study the regional supply and demand patterns of other secondary forms of energy, such as coke, gasoline, kerosene, diesel oil, fuel oil, liquefied petroleum gas (LPG), and heat. The reason for the movements of the centers of gravity for secondary energy supply and demand may be much more complex than what the present analysis revealed. These patterns may relate to energy resource endowments and energy development strategies, but may also be determined by transportation frequencies and logistics. Furthermore, it would be productive to consider the supply of and demand for electricity provided by coal-based power, hydroelectric power, nuclear power, wind power, and solar power separately. This would be useful because the different types of electricity differ dramatically in their supply and demand distribution and in their environmental impacts. These aspects deserve in-depth investigation in future research.