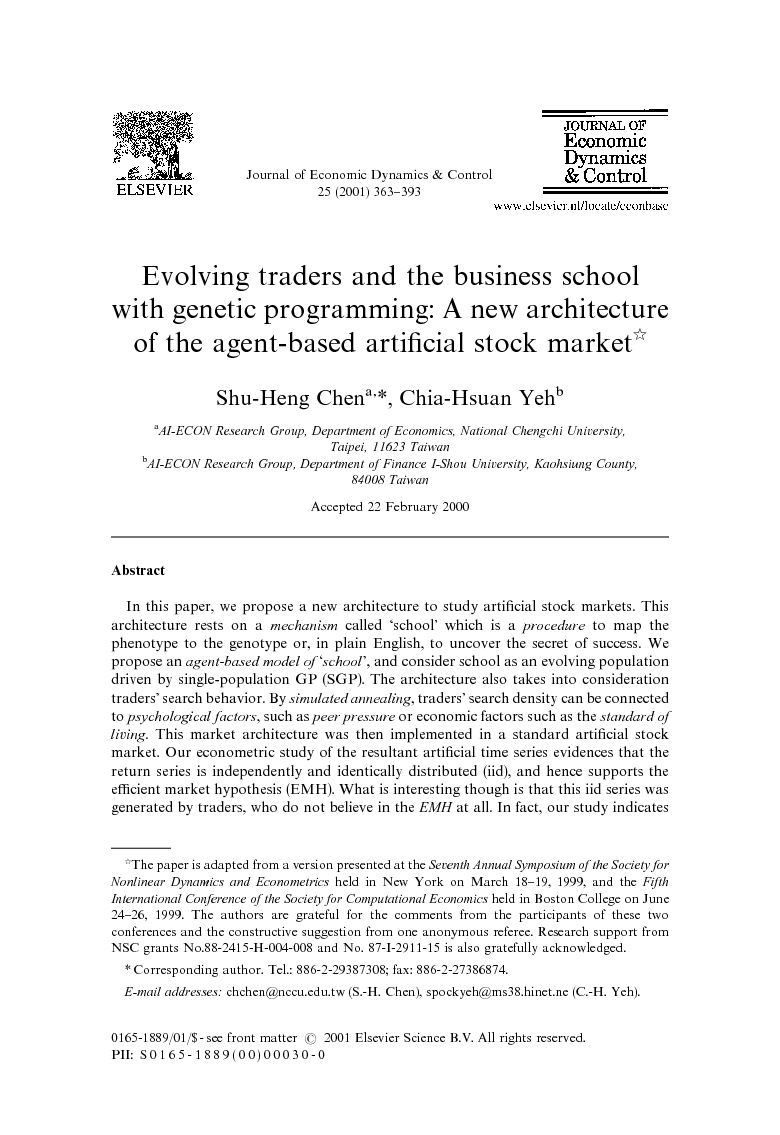 In this paper, we propose a new architecture to study artificial stock markets. This architecture rests on a mechanism called ‘school’ which is a procedure to map the phenotype to the genotype or, in plain English, to uncover the secret of success. We propose an agent-based model of ‘school’, and consider school as an evolving population driven by single-population GP (SGP). The architecture also takes into consideration traders’ search behavior. By simulated annealing, traders’ search density can be connected to psychological factors, such as peer pressure or economic factors such as the standard of living. This market architecture was then implemented in a standard artificial stock market. Our econometric study of the resultant artificial time series evidences that the return series is independently and identically distributed (iid), and hence supports the efficient market hypothesis (EMH). What is interesting though is that this iid series was generated by traders, who do not believe in the EMH at all. In fact, our study indicates that many of our traders were able to find useful signals quite often from business school, even though these signals were short-lived.

The single experiment conducted here has demonstrated the rich dynamics that our artificial stock market can generate. We also show the relevance of this rich dynamics to financial econometrics and behavioral finance. For the latter, we address Peters’ criticism on the efficient market hypothesis as well as the survival test with our dynamics of microstructure. It is interesting to note that, while econometricians on the top may claim that our artificial market is efficient, our traders on the bottom do not act as if they believe in the efficient market hypothesis. This result seems to be consistent with our experience of the real world, and is one of the interesting features one may expect from the bottom-up approach.