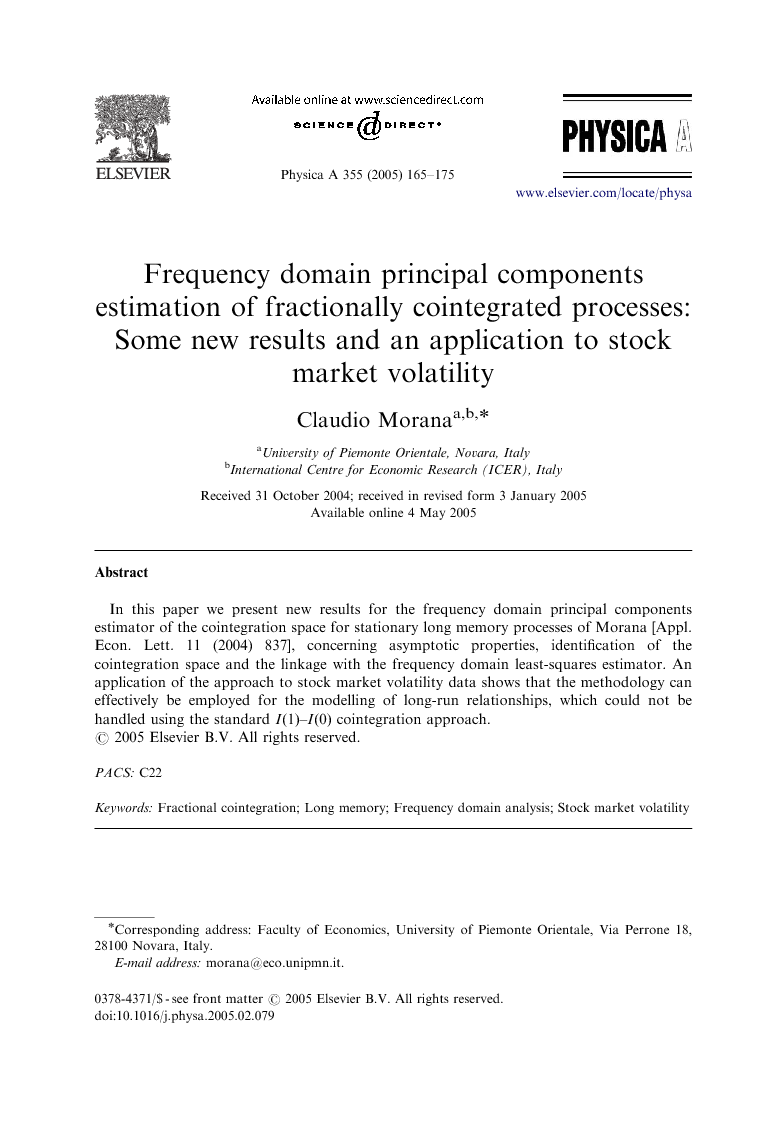 In this paper we present new results for the frequency domain principal components estimator of the cointegration space for stationary long memory processes of Morana [Appl. Econ. Lett. 11 (2004) 837], concerning asymptotic properties, identification of the cointegration space and the linkage with the frequency domain least-squares estimator. An application of the approach to stock market volatility data shows that the methodology can effectively be employed for the modelling of long-run relationships, which could not be handled using the standard I(1)I(1)–I(0)I(0) cointegration approach.