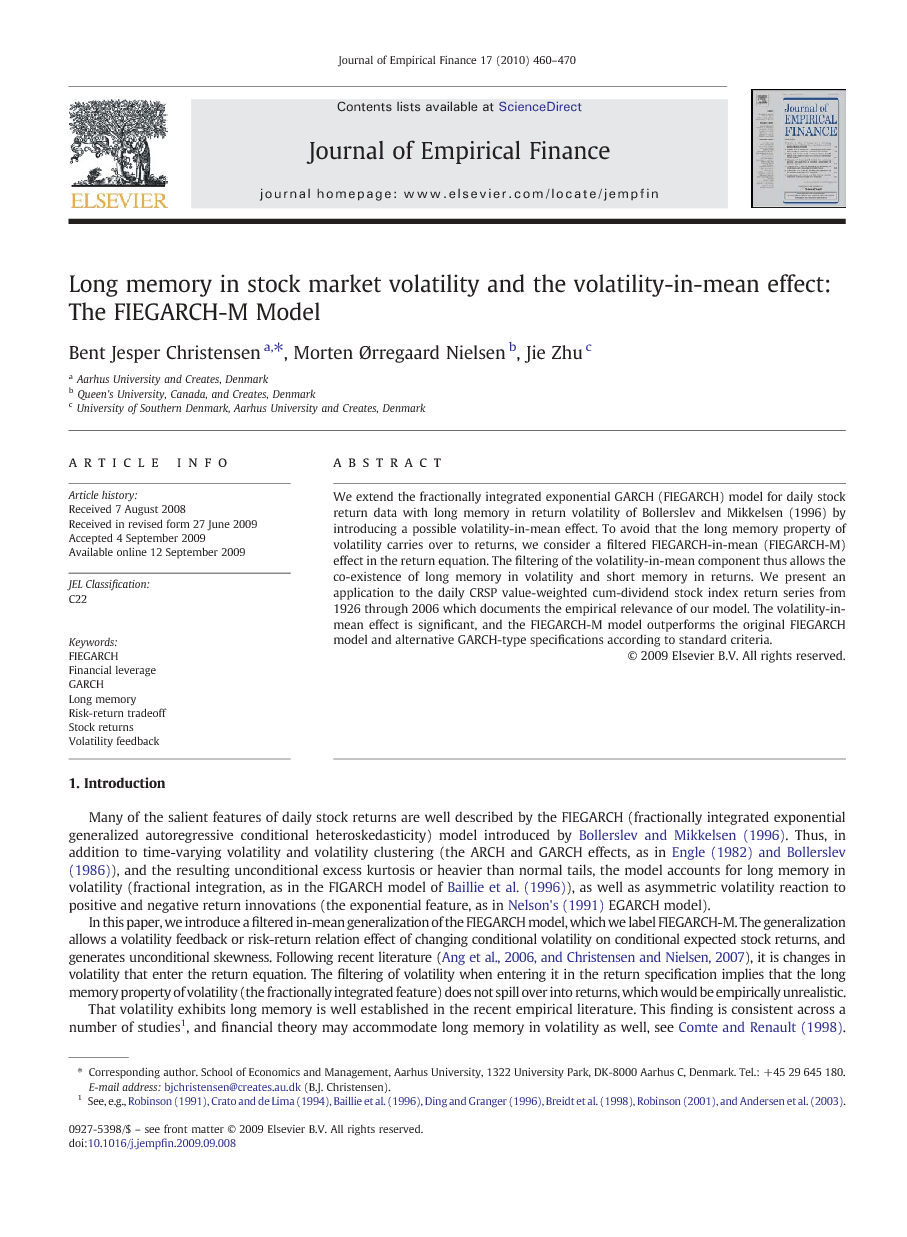 We extend the fractionally integrated exponential GARCH (FIEGARCH) model for daily stock return data with long memory in return volatility of Bollerslev and Mikkelsen (1996) by introducing a possible volatility-in-mean effect. To avoid that the long memory property of volatility carries over to returns, we consider a filtered FIEGARCH-in-mean (FIEGARCH-M) effect in the return equation. The filtering of the volatility-in-mean component thus allows the co-existence of long memory in volatility and short memory in returns. We present an application to the daily CRSP value-weighted cum-dividend stock index return series from 1926 through 2006 which documents the empirical relevance of our model. The volatility-in-mean effect is significant, and the FIEGARCH-M model outperforms the original FIEGARCH model and alternative GARCH-type specifications according to standard criteria.