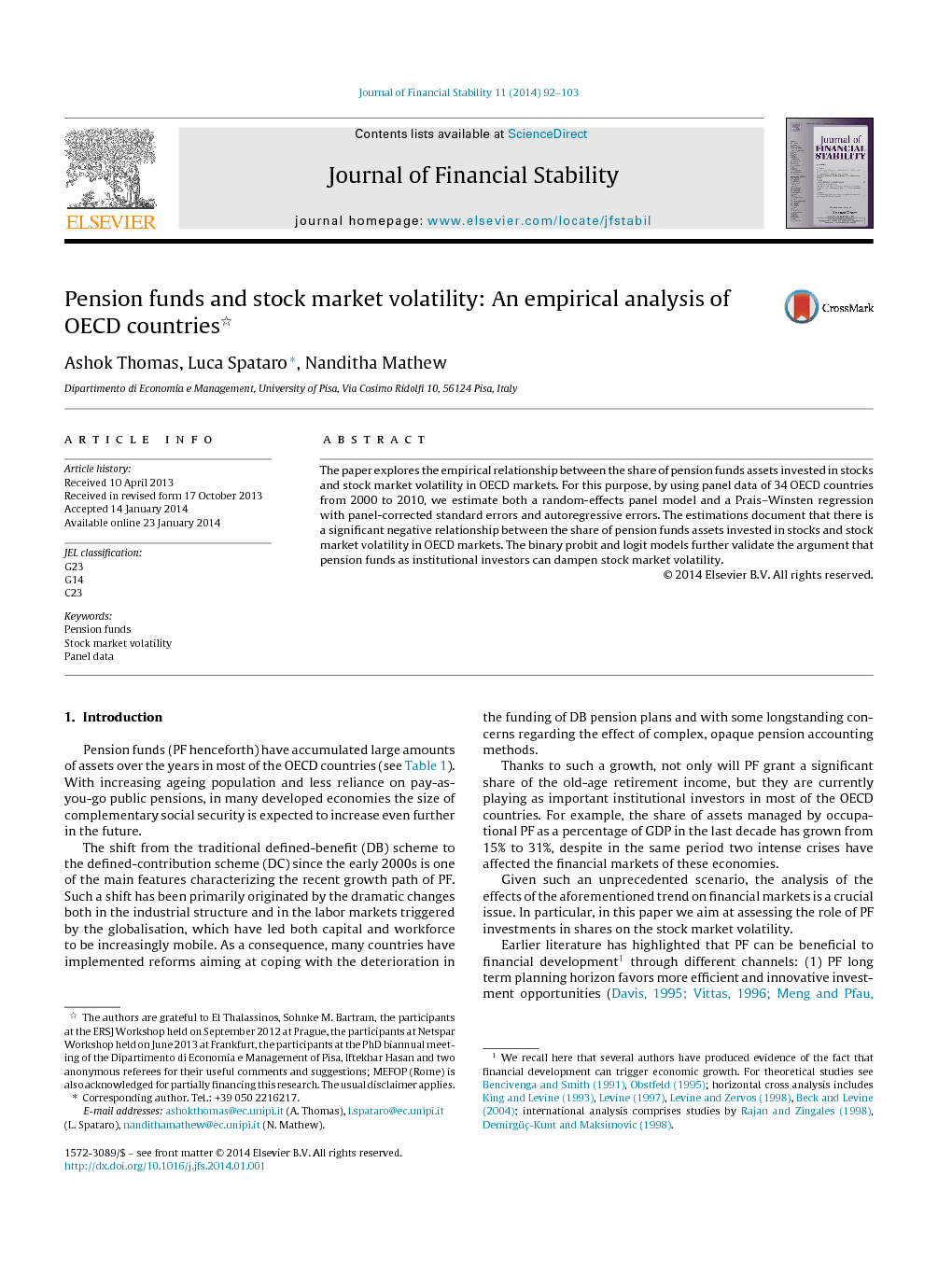 ConclusionThe pension fund industry has witnessed a significant growth inthe past few years and this phenomenal trend is likely to continuefor the coming decades. In this background, we studied the effectof investments of pension funds in stocks/equities on stock marketvolatility at macro level.Using panel data of 34 OECD countries from 2000 to 2010, weestimated the impact of pension fund assets invested in stocksand equities on stock market volatility by applying random-effectspanel model as well as a Prais–Winsten regression with panel-corrected standard errors and autoregressive errors. Our empiricalfindings using both models reveal that there is significant reduc-tion in volatility of stock prices when the investment of pensionfunds in stocks increases.The methodology revealed that the coefficient of averagevolatility is very high and thus the latter emerges as the mostsignificant variable influencing volatility of stocks. Hence, we alsofocused on the explanation of the amount of volatility observed ineach country above the level of average volatility due to the busi-ness cycle. For doing this we estimated both binary probit and logitmodels. The results of these models clearly show that the countriesin which pension funds invested in stocks have higher probabil-ity (around 16%) of witnessing lower volatility than the averagevolatility.Hence, in the light of our findings, consistent with other studiessuch as the one Walker and Lefort (2002) for emerging countries,we can conclude that the presence of pension funds in the stockmarkets is beneficial to the financial markets of OECD economies,since these institutional investors contribute to the reduction ofstock market volatility.As for the economic explanation of such a negative link betweenpension funds and market volatility, it is likely to be manifold: thelarge investors’ ability to access more information, thus restrainingprices from deviating too far away from fundamentals; the roleplayed by such large firms as marginal investors, along with theirpreference for a low-yield/less risky dividend stocks (as pointed outby Jain, 2007). We leave the analysis of this issue to future research.