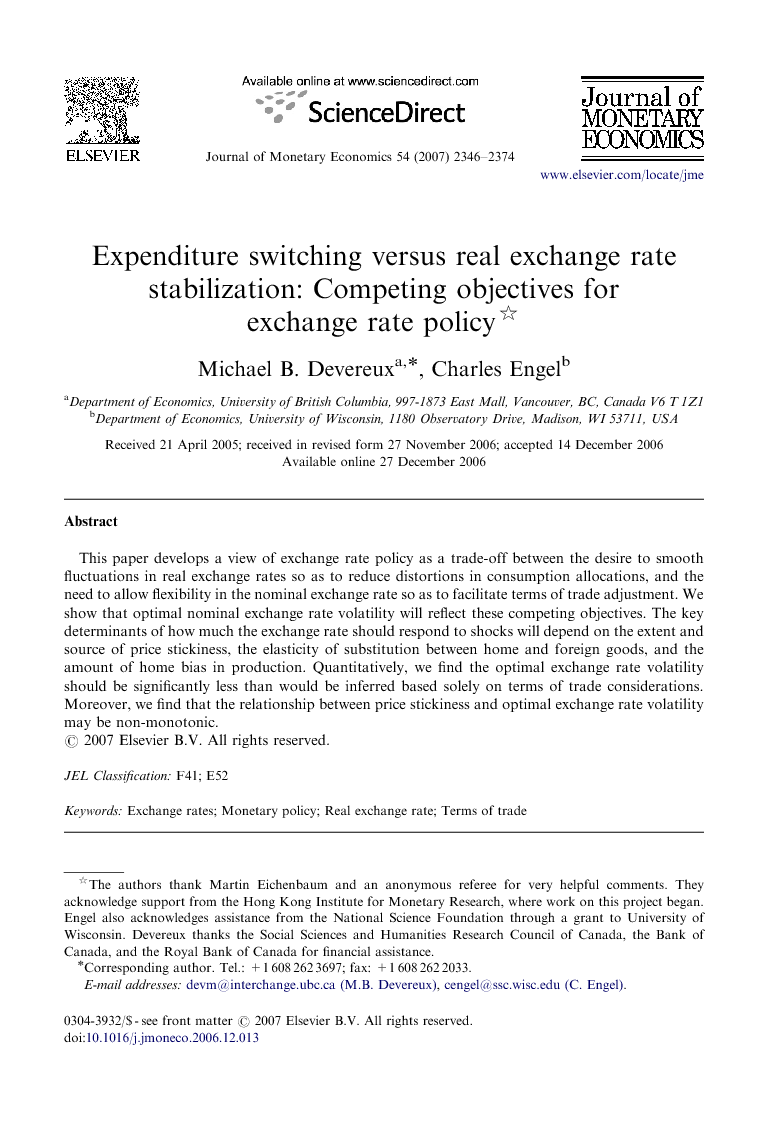 There is a large body of evidence establishing that pass-through from changes in exchange rates to consumer goods prices is weak or non-existent. When this is the case, exchange rate fluctuations automatically change consumption-based real exchange rates. This means that consumer prices do not allocate goods efficiently across countries, and builds an a priori case for exchange rate stability. On the other hand, exchange rates may have a high pass-through to prices at the intermediate good level, and at this level, exchange rate movements may have a significant allocational role to play through expenditure switching among foreign and domestic intermediate goods. This opens up a trade-off. Exchange rate adjustment is desirable for expenditure switching, but may be costly because it moves around real exchange rates. This paper has identified this trade-off and explored its nature, both qualitatively and quantitatively. In some cases, we show that a welfare evaluation of the trade-off gives a significant emphasis on exchange rate stability. Quantitatively, we find that exchange rate volatility should be significantly less than that which would be inferred based on models that focus exclusively on the expenditure-switching role of exchange rates.