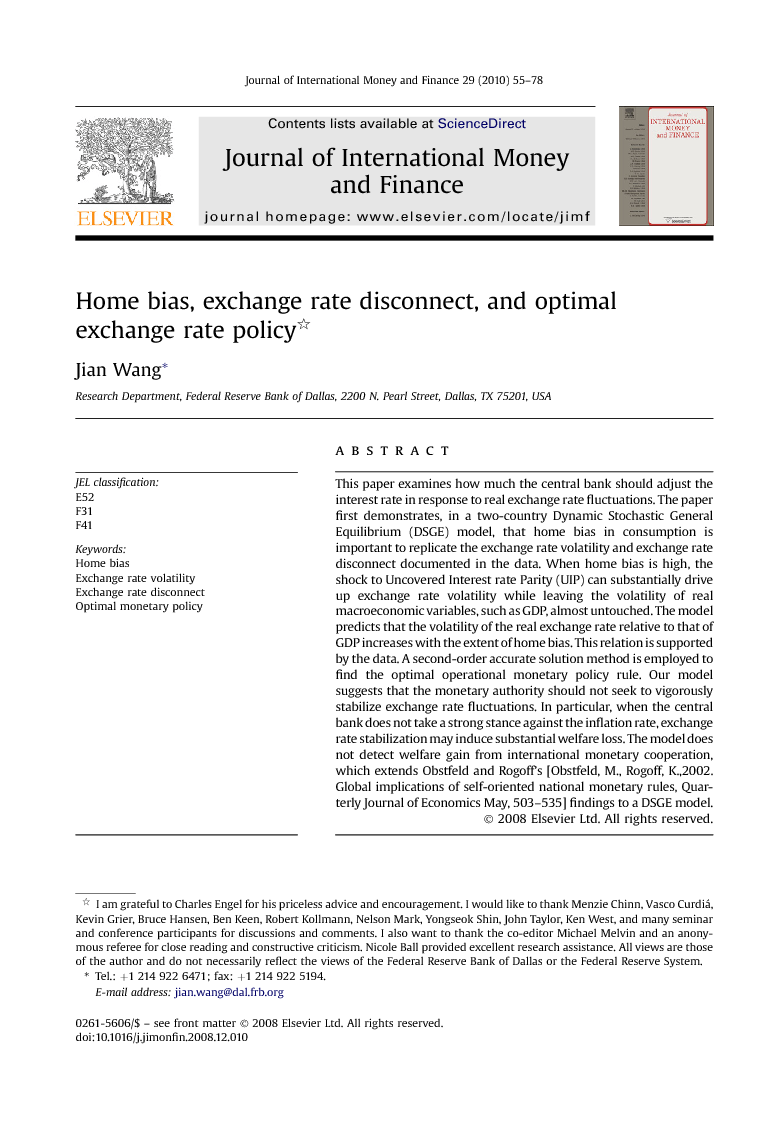 This paper examines how much the central bank should adjust the interest rate in response to real exchange rate fluctuations. The paper first demonstrates, in a two-country Dynamic Stochastic General Equilibrium (DSGE) model, that home bias in consumption is important to replicate the exchange rate volatility and exchange rate disconnect documented in the data. When home bias is high, the shock to Uncovered Interest rate Parity (UIP) can substantially drive up exchange rate volatility while leaving the volatility of real macroeconomic variables, such as GDP, almost untouched. The model predicts that the volatility of the real exchange rate relative to that of GDP increases with the extent of home bias. This relation is supported by the data. A second-order accurate solution method is employed to find the optimal operational monetary policy rule. Our model suggests that the monetary authority should not seek to vigorously stabilize exchange rate fluctuations. In particular, when the central bank does not take a strong stance against the inflation rate, exchange rate stabilization may induce substantial welfare loss. The model does not detect welfare gain from international monetary cooperation, which extends Obstfeld and Rogoff's [Obstfeld, M., Rogoff, K.,2002. Global implications of self-oriented national monetary rules, Quarterly Journal of Economics May, 503–535] findings to a DSGE model.