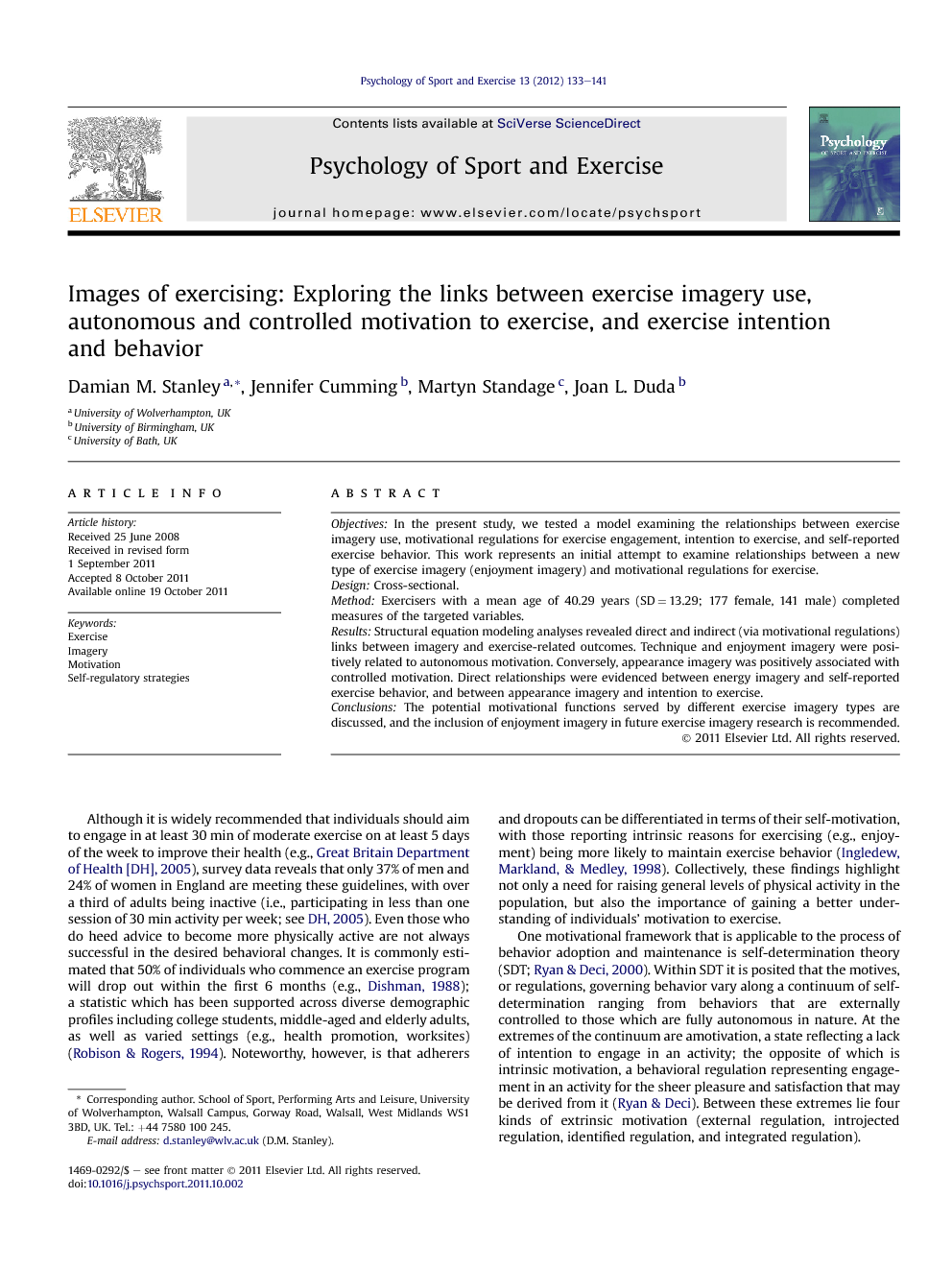 In the present study, we tested a model examining the relationships between exercise imagery use, motivational regulations for exercise engagement, intention to exercise, and self-reported exercise behavior. This work represents an initial attempt to examine relationships between a new type of exercise imagery (enjoyment imagery) and motivational regulations for exercise. Design Cross-sectional. Method Exercisers with a mean age of 40.29 years (SD = 13.29; 177 female, 141 male) completed measures of the targeted variables. Results Structural equation modeling analyses revealed direct and indirect (via motivational regulations) links between imagery and exercise-related outcomes. Technique and enjoyment imagery were positively related to autonomous motivation. Conversely, appearance imagery was positively associated with controlled motivation. Direct relationships were evidenced between energy imagery and self-reported exercise behavior, and between appearance imagery and intention to exercise. Conclusions The potential motivational functions served by different exercise imagery types are discussed, and the inclusion of enjoyment imagery in future exercise imagery research is recommended.

Multivariate outliers were determined by analyzing Mahalanobis distance values. Following the recommendations of Tabachnick and Fidell (2007) these values were evaluated as the χ2 with degrees of freedom equal to the number of variables in the full data set. Any cases (in this instance, 24) with Mahalanobis distance values greater than the critical value shown in a chi-square critical value table were removed from further analyses. Eight further cases were deleted due to missing data in a specific non-random pattern (e.g., entirely missing sections on exercise behavior or intention to exercise). Since our data set then only had 49 values missing (.15% of values in the data set), it was deemed acceptable to replace these isolated values with the series mean ( Hair, Black, Babin, Anderson, & Tatham, 2006) because having a complete data set was integral to the structural equation modeling analysis. A final sample of 318 was used in the subsequent analyses.