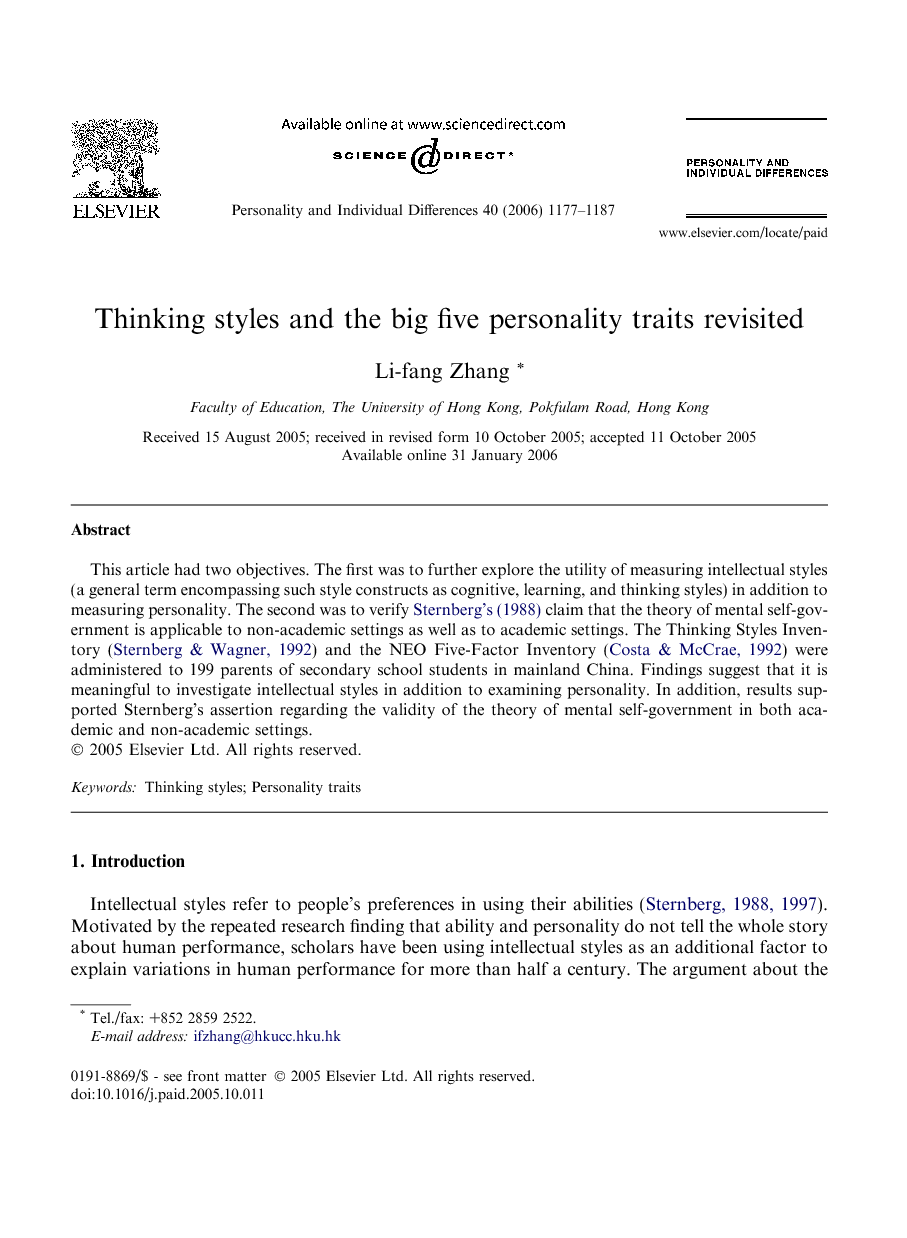 This article had two objectives. The first was to further explore the utility of measuring intellectual styles (a general term encompassing such style constructs as cognitive, learning, and thinking styles) in addition to measuring personality. The second was to verify Sternberg’s (1988) claim that the theory of mental self-government is applicable to non-academic settings as well as to academic settings. The Thinking Styles Inventory (Sternberg & Wagner, 1992) and the NEO Five-Factor Inventory (Costa & McCrae, 1992) were administered to 199 parents of secondary school students in mainland China. Findings suggest that it is meaningful to investigate intellectual styles in addition to examining personality. In addition, results supported Sternberg’s assertion regarding the validity of the theory of mental self-government in both academic and non-academic settings.