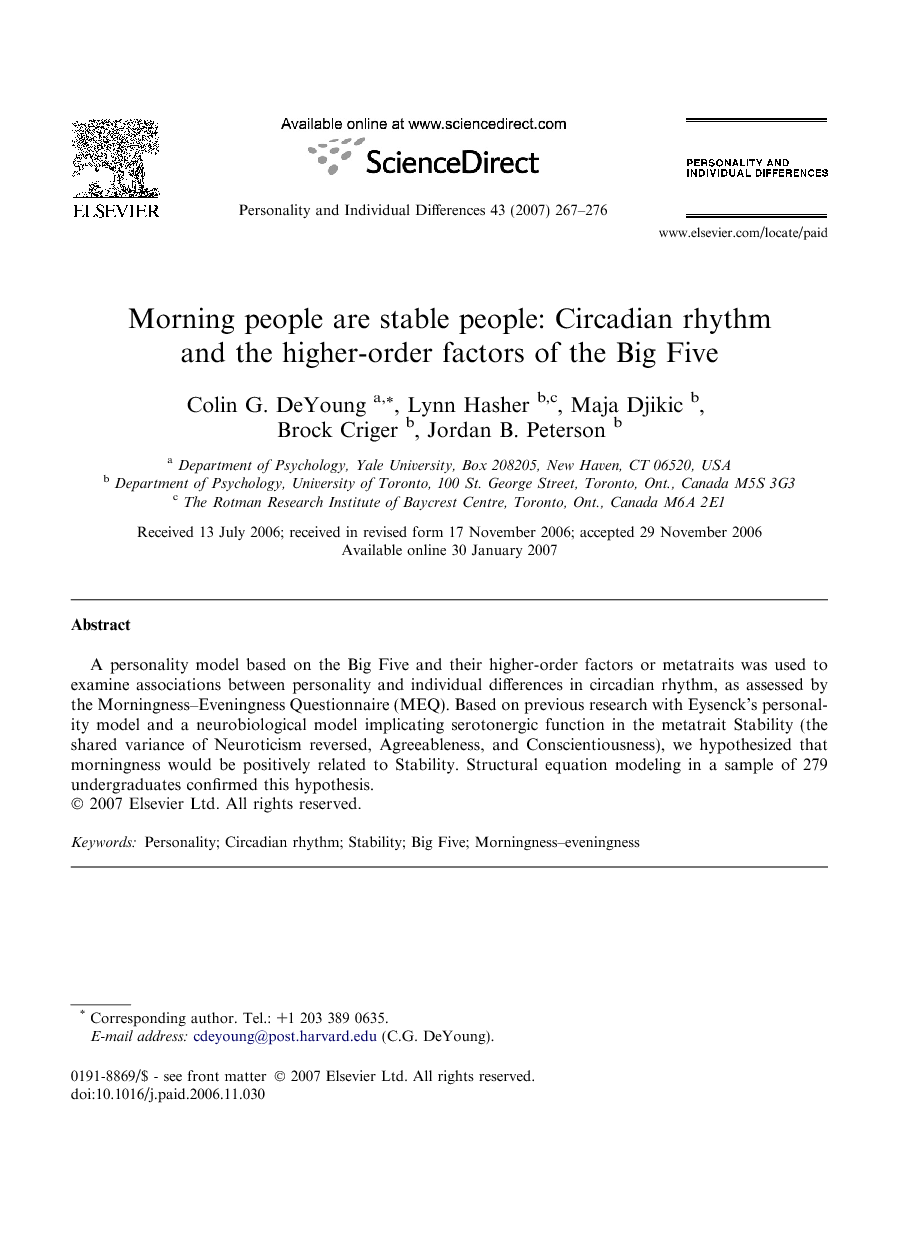 A personality model based on the Big Five and their higher-order factors or metatraits was used to examine associations between personality and individual differences in circadian rhythm, as assessed by the Morningness–Eveningness Questionnaire (MEQ). Based on previous research with Eysenck’s personality model and a neurobiological model implicating serotonergic function in the metatrait Stability (the shared variance of Neuroticism reversed, Agreeableness, and Conscientiousness), we hypothesized that morningness would be positively related to Stability. Structural equation modeling in a sample of 279 undergraduates confirmed this hypothesis.