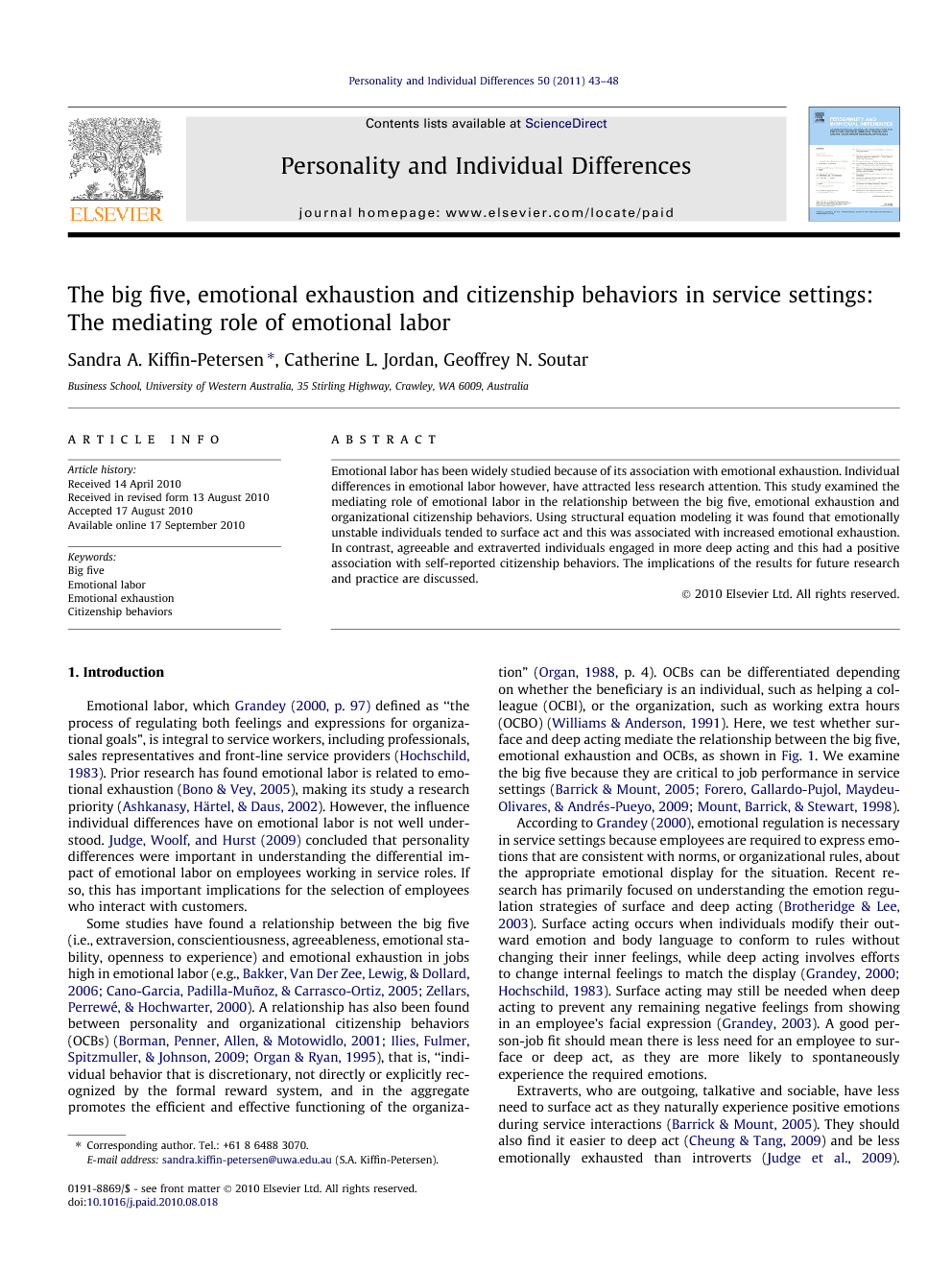 Emotional labor has been widely studied because of its association with emotional exhaustion. Individual differences in emotional labor however, have attracted less research attention. This study examined the mediating role of emotional labor in the relationship between the big five, emotional exhaustion and organizational citizenship behaviors. Using structural equation modeling it was found that emotionally unstable individuals tended to surface act and this was associated with increased emotional exhaustion. In contrast, agreeable and extraverted individuals engaged in more deep acting and this had a positive association with self-reported citizenship behaviors. The implications of the results for future research and practice are discussed.