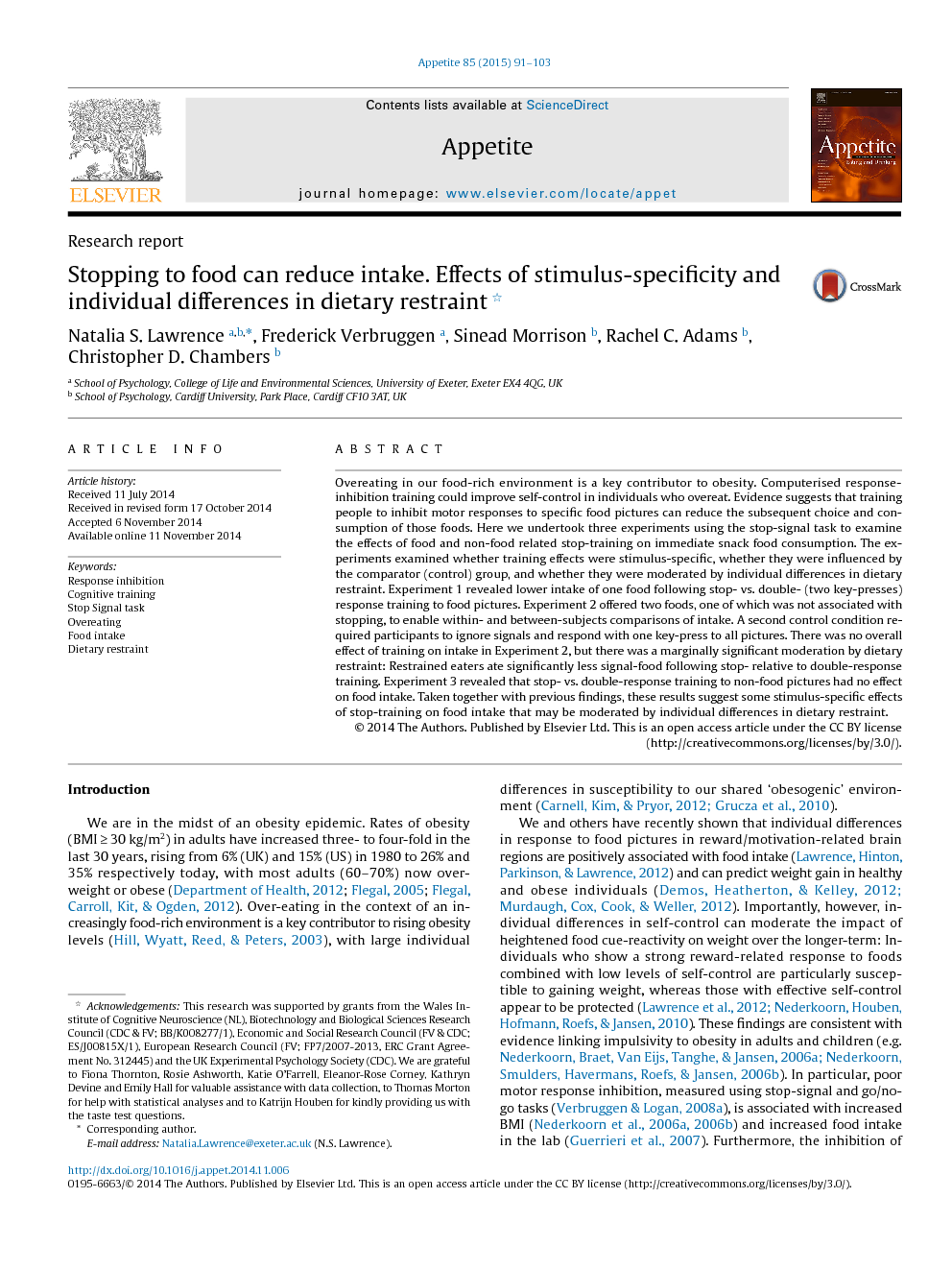 Overeating in our food-rich environment is a key contributor to obesity. Computerised response-inhibition training could improve self-control in individuals who overeat. Evidence suggests that training people to inhibit motor responses to specific food pictures can reduce the subsequent choice and consumption of those foods. Here we undertook three experiments using the stop-signal task to examine the effects of food and non-food related stop-training on immediate snack food consumption. The experiments examined whether training effects were stimulus-specific, whether they were influenced by the comparator (control) group, and whether they were moderated by individual differences in dietary restraint. Experiment 1 revealed lower intake of one food following stop- vs. double- (two key-presses) response training to food pictures. Experiment 2 offered two foods, one of which was not associated with stopping, to enable within- and between-subjects comparisons of intake. A second control condition required participants to ignore signals and respond with one key-press to all pictures. There was no overall effect of training on intake in Experiment 2, but there was a marginally significant moderation by dietary restraint: Restrained eaters ate significantly less signal-food following stop- relative to double-response training. Experiment 3 revealed that stop- vs. double-response training to non-food pictures had no effect on food intake. Taken together with previous findings, these results suggest some stimulus-specific effects of stop-training on food intake that may be moderated by individual differences in dietary restraint.