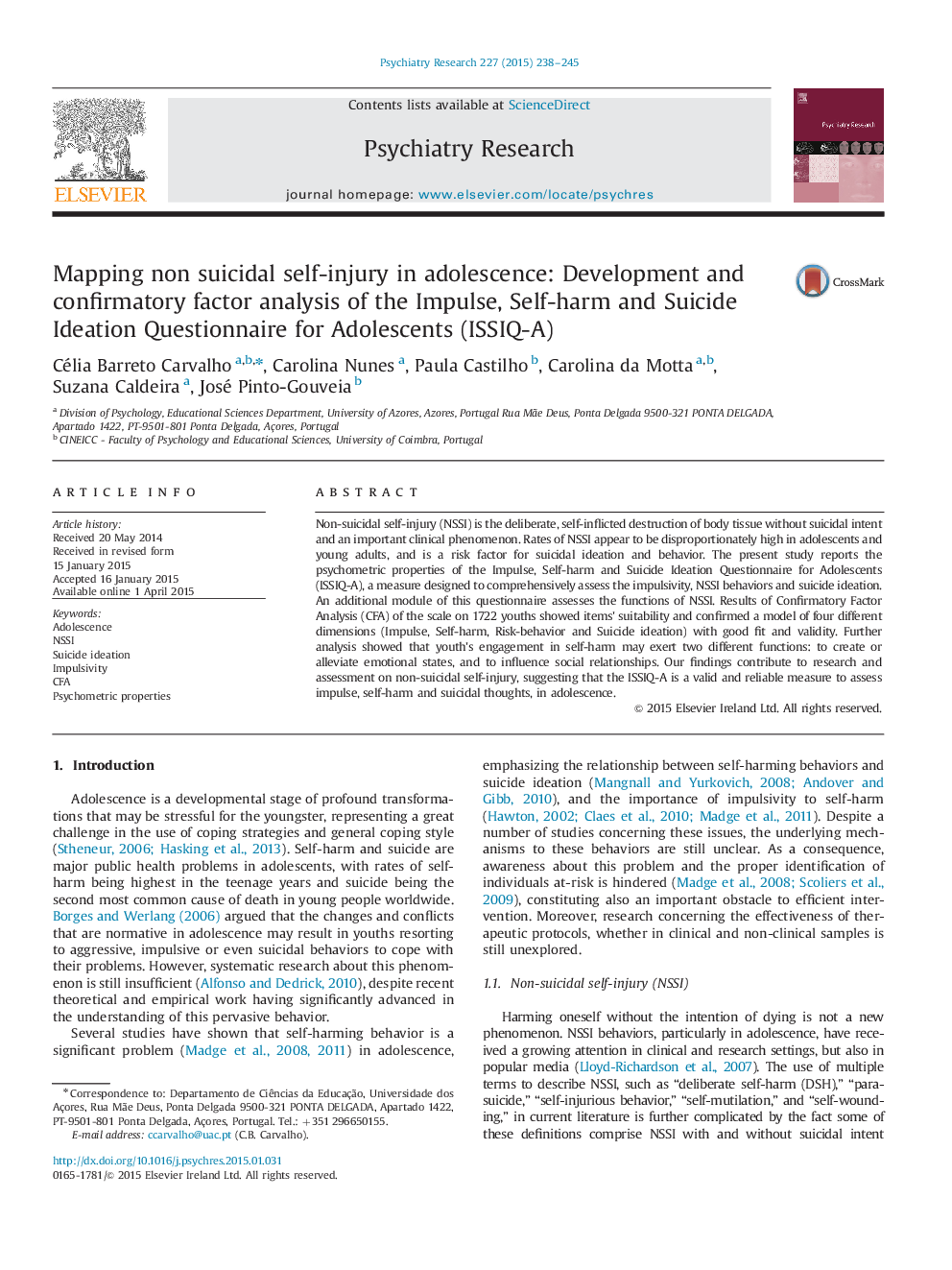 Abstract Non-suicidal self-injury (NSSI) is the deliberate, self-inflicted destruction of body tissue without suicidal intent and an important clinical phenomenon. Rates of NSSI appear to be disproportionately high in adolescents and young adults, and is a risk factor for suicidal ideation and behavior. The present study reports the psychometric properties of the Impulse, Self-harm and Suicide Ideation Questionnaire for Adolescents (ISSIQ-A), a measure designed to comprehensively assess the impulsivity, NSSI behaviors and suicide ideation. An additional module of this questionnaire assesses the functions of NSSI. Results of Confirmatory Factor Analysis (CFA) of the scale on 1722 youths showed items' suitability and confirmed a model of four different dimensions (Impulse, Self-harm, Risk-behavior and Suicide ideation) with good fit and validity. Further analysis showed that youth׳s engagement in self-harm may exert two different functions: to create or alleviate emotional states, and to influence social relationships. Our findings contribute to research and assessment on non-suicidal self-injury, suggesting that the ISSIQ-A is a valid and reliable measure to assess impulse, self-harm and suicidal thoughts, in adolescence.