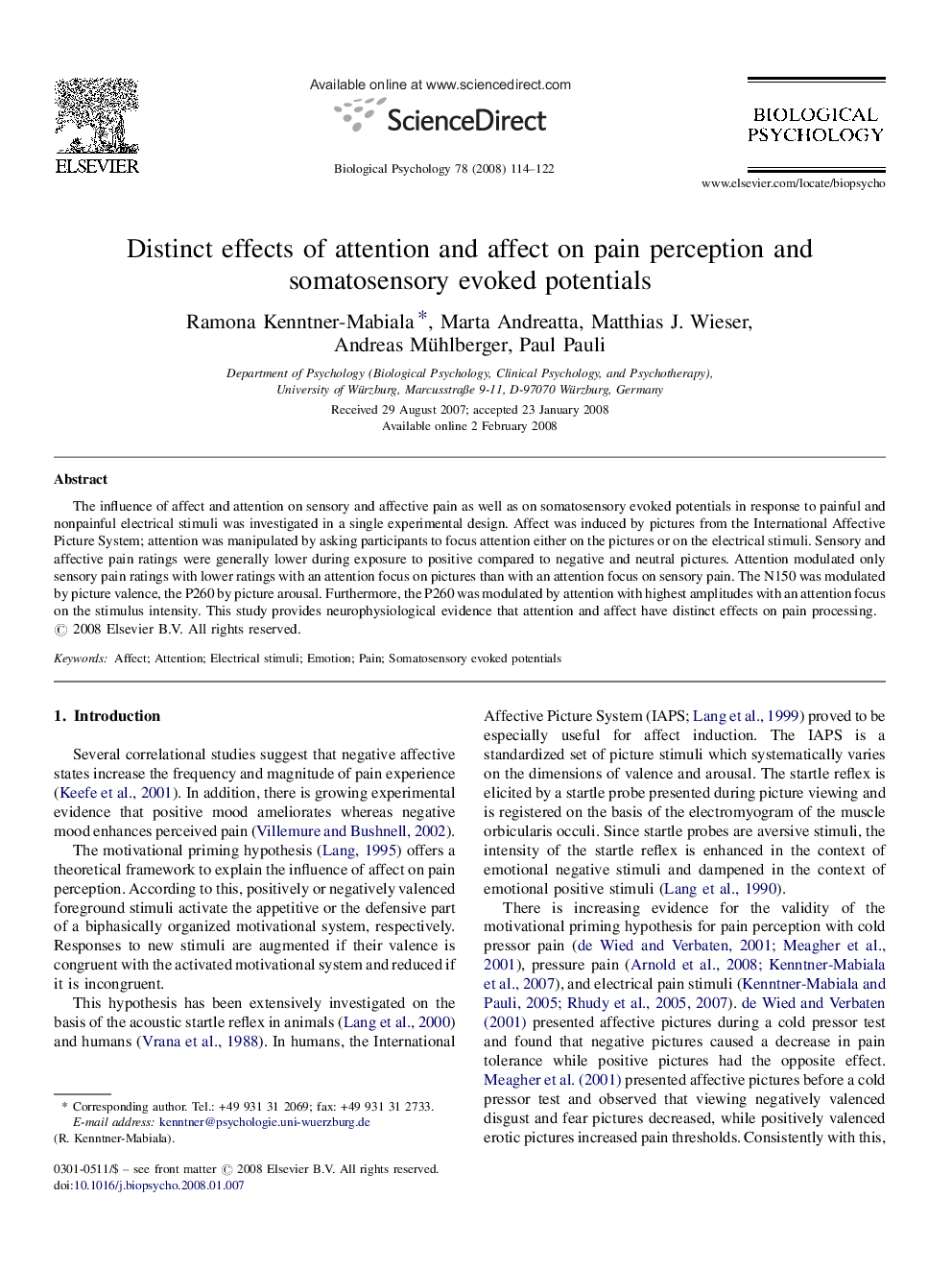 The influence of affect and attention on sensory and affective pain as well as on somatosensory evoked potentials in response to painful and nonpainful electrical stimuli was investigated in a single experimental design. Affect was induced by pictures from the International Affective Picture System; attention was manipulated by asking participants to focus attention either on the pictures or on the electrical stimuli. Sensory and affective pain ratings were generally lower during exposure to positive compared to negative and neutral pictures. Attention modulated only sensory pain ratings with lower ratings with an attention focus on pictures than with an attention focus on sensory pain. The N150 was modulated by picture valence, the P260 by picture arousal. Furthermore, the P260 was modulated by attention with highest amplitudes with an attention focus on the stimulus intensity. This study provides neurophysiological evidence that attention and affect have distinct effects on pain processing.

Unpleasantness and intensity ratings for painful and nonpainful stimuli increased due to negative affect induction. In contrast to these results for pain ratings, the present and our previous study (Kenntner-Mabiala and Pauli, 2005) found that the valence modulation of the N150 amplitudes is restricted to painful stimuli and might be pain specific. This result also indicates that the affective modulation for painful stimuli occurs rather early in processing. It might be speculated that a negative affective state has a facilitating effect on early pain processing stages within the nociceptive system leading to an increased pain perception and an increased motivation to avoid pain. The P260 was affected by both, the attentional manipulation and by the arousal of the affective pictures. More precisely, P260 amplitudes elicited by electrical stimuli were reduced if attention was deliberately focused on background pictures or if attention was automatically attracted by arousing background pictures. In both cases, pain processing had to compete for limited attentional resources and as a consequence, perceived pain intensity was reduced.