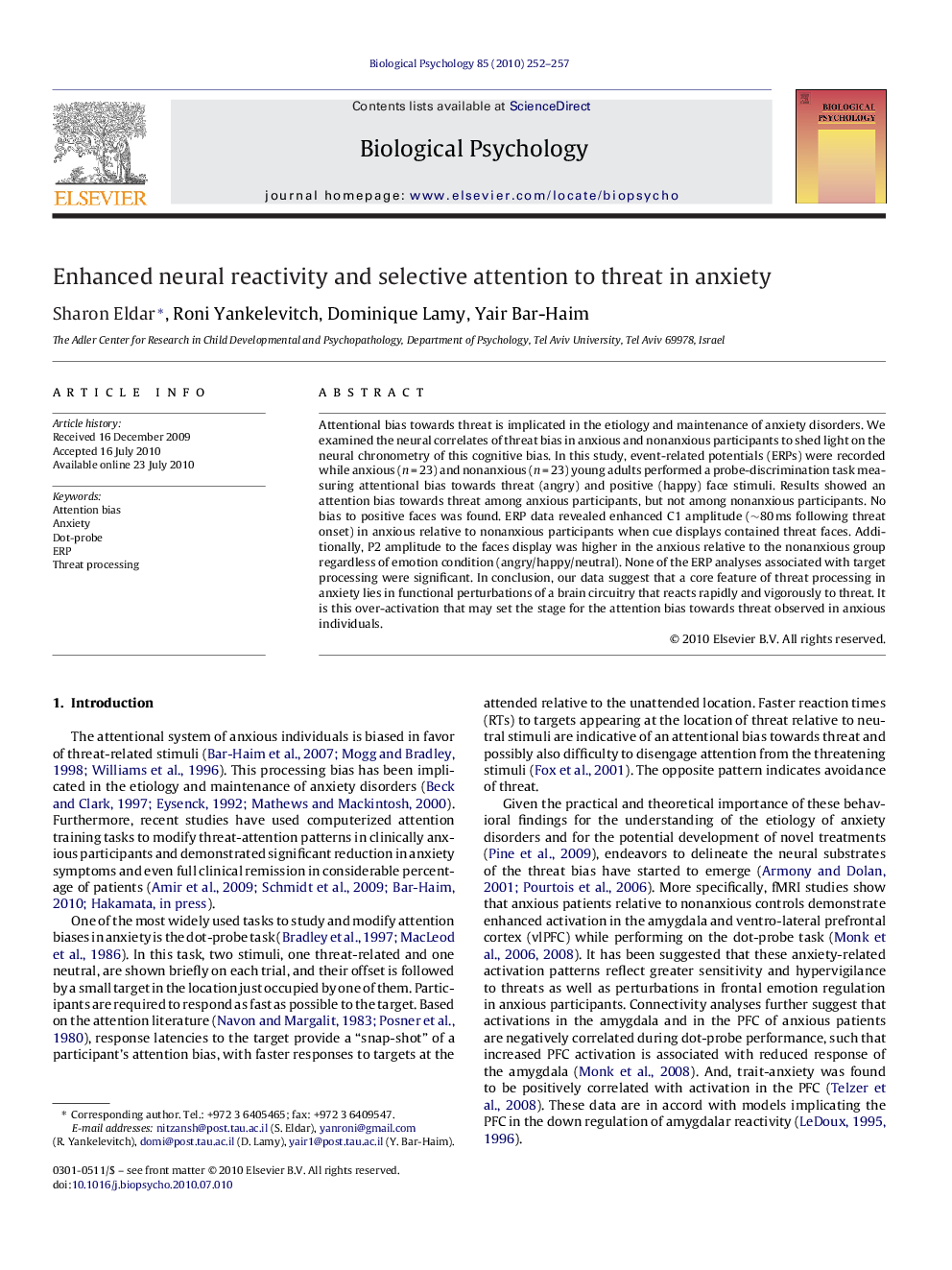 Abstract Attentional bias towards threat is implicated in the etiology and maintenance of anxiety disorders. We examined the neural correlates of threat bias in anxious and nonanxious participants to shed light on the neural chronometry of this cognitive bias. In this study, event-related potentials (ERPs) were recorded while anxious (n = 23) and nonanxious (n = 23) young adults performed a probe-discrimination task measuring attentional bias towards threat (angry) and positive (happy) face stimuli. Results showed an attention bias towards threat among anxious participants, but not among nonanxious participants. No bias to positive faces was found. ERP data revealed enhanced C1 amplitude (∼80 ms following threat onset) in anxious relative to nonanxious participants when cue displays contained threat faces. Additionally, P2 amplitude to the faces display was higher in the anxious relative to the nonanxious group regardless of emotion condition (angry/happy/neutral). None of the ERP analyses associated with target processing were significant. In conclusion, our data suggest that a core feature of threat processing in anxiety lies in functional perturbations of a brain circuitry that reacts rapidly and vigorously to threat. It is this over-activation that may set the stage for the attention bias towards threat observed in anxious individuals.