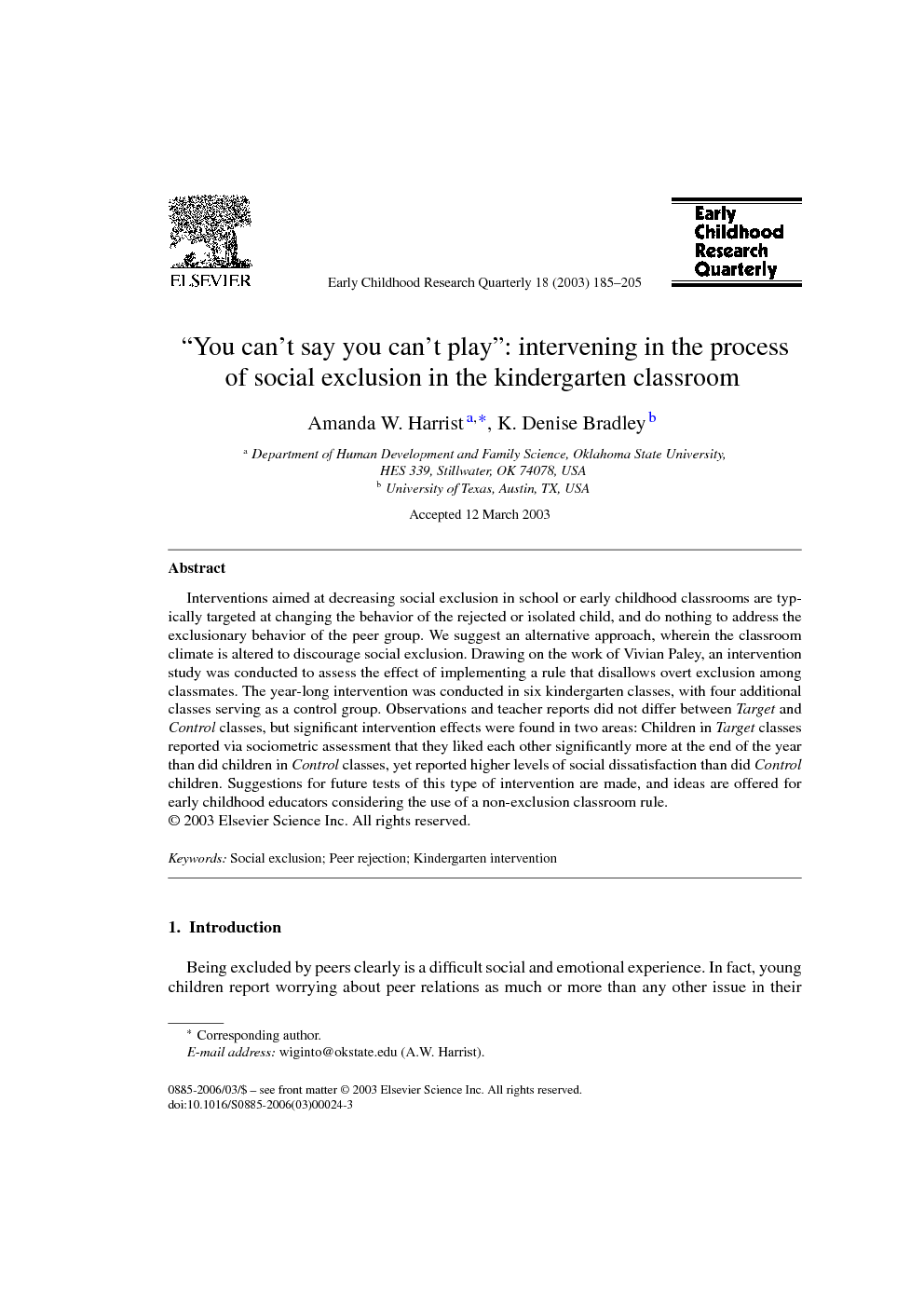 Interventions aimed at decreasing social exclusion in school or early childhood classrooms are typically targeted at changing the behavior of the rejected or isolated child, and do nothing to address the exclusionary behavior of the peer group. We suggest an alternative approach, wherein the classroom climate is altered to discourage social exclusion. Drawing on the work of Vivian Paley, an intervention study was conducted to assess the effect of implementing a rule that disallows overt exclusion among classmates. The year-long intervention was conducted in six kindergarten classes, with four additional classes serving as a control group. Observations and teacher reports did not differ between Target and Control classes, but significant intervention effects were found in two areas: Children in Target classes reported via sociometric assessment that they liked each other significantly more at the end of the year than did children in Control classes, yet reported higher levels of social dissatisfaction than did Control children. Suggestions for future tests of this type of intervention are made, and ideas are offered for early childhood educators considering the use of a non-exclusion classroom rule.

Our study offers some suggestive evidence that encouraging non-exclusion can affect young children’s social experience in the classroom. If an intervention such as ours could be refined and shown to have greater impact, particularly for excluded children, there could be multiple benefits. An intervention at the group level has the potential to affect the experience of children who are being excluded for non-behavioral reasons; teaching social skills doesn’t change the ethnic background or physical characteristics of a child. And for children at risk for exclusion for behavioral reasons, being accepted by even just a few peers has been shown to help children have a good start in the academic environment, easing the transition to school (Ladd & Price, 1987) and facilitating a sense of belonging at school (Legault, Caron, Montgomery, David, & Paquette, 1997). The result could be a true inclusive classroom environment, not just because of the diversity of children enrolled in the class, but because of the climate of acceptance in the classroom.