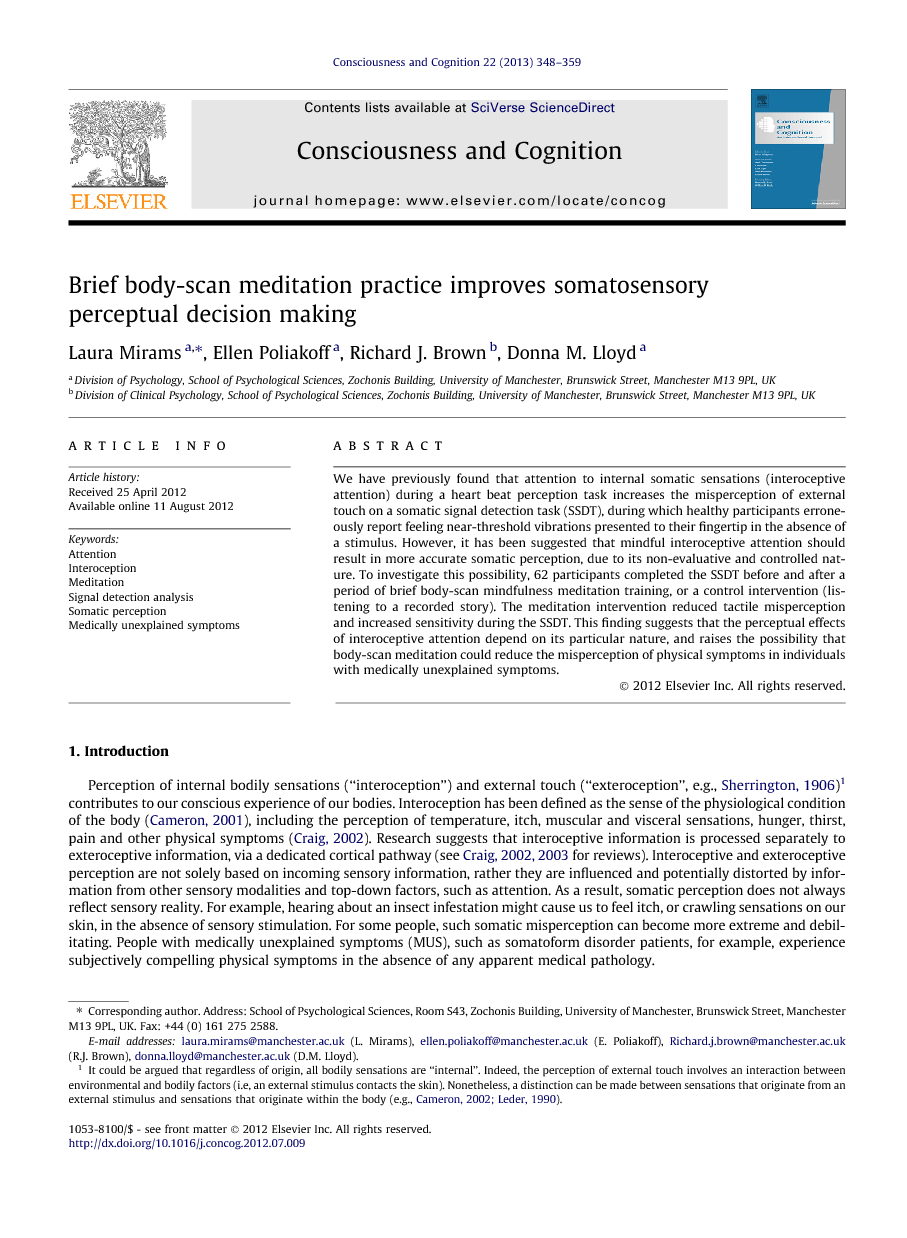 We have previously found that attention to internal somatic sensations (interoceptive attention) during a heart beat perception task increases the misperception of external touch on a somatic signal detection task (SSDT), during which healthy participants erroneously report feeling near-threshold vibrations presented to their fingertip in the absence of a stimulus. However, it has been suggested that mindful interoceptive attention should result in more accurate somatic perception, due to its non-evaluative and controlled nature. To investigate this possibility, 62 participants completed the SSDT before and after a period of brief body-scan mindfulness meditation training, or a control intervention (listening to a recorded story). The meditation intervention reduced tactile misperception and increased sensitivity during the SSDT. This finding suggests that the perceptual effects of interoceptive attention depend on its particular nature, and raises the possibility that body-scan meditation could reduce the misperception of physical symptoms in individuals with medically unexplained symptoms.