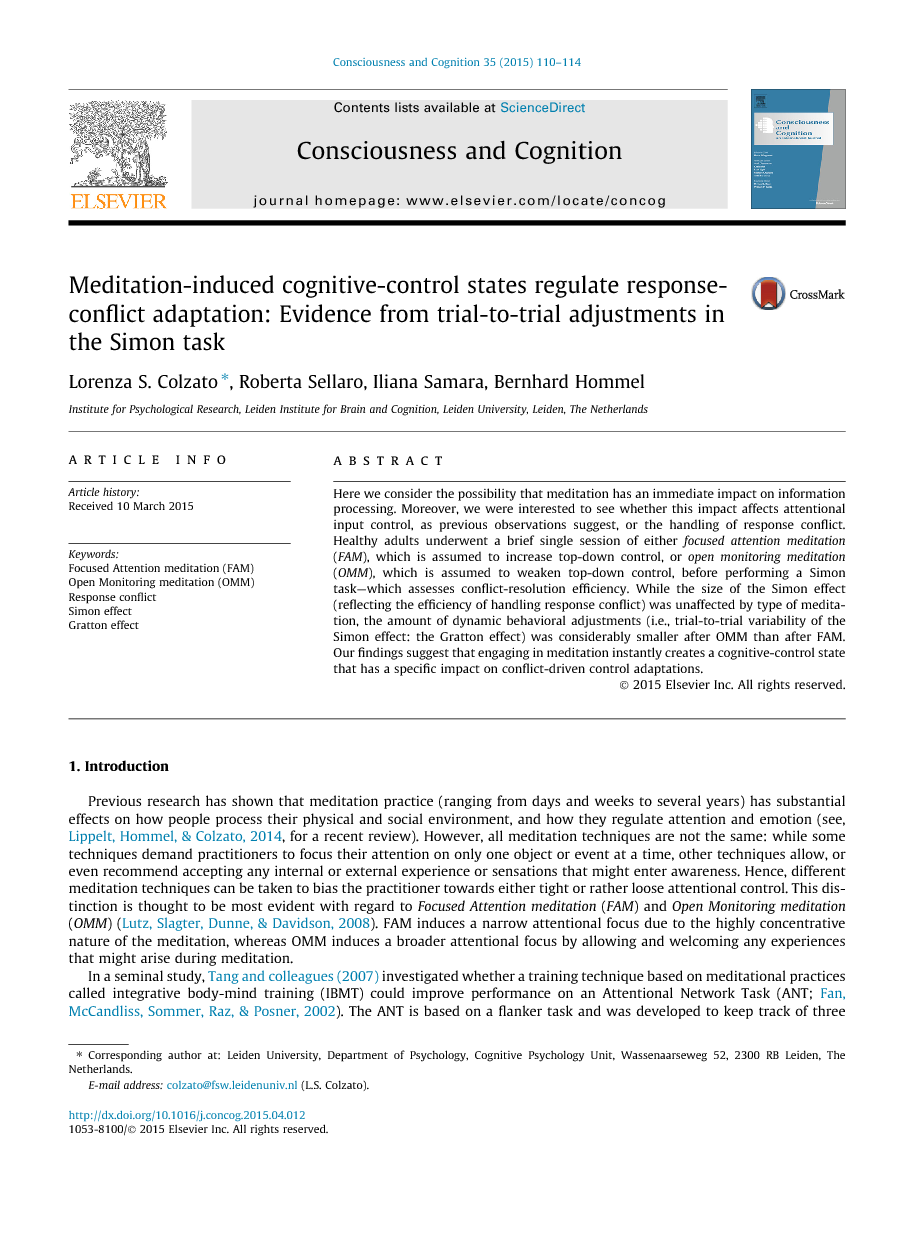 Here we consider the possibility that meditation has an immediate impact on information processing. Moreover, we were interested to see whether this impact affects attentional input control, as previous observations suggest, or the handling of response conflict. Healthy adults underwent a brief single session of either focused attention meditation (FAM), which is assumed to increase top-down control, or open monitoring meditation (OMM), which is assumed to weaken top-down control, before performing a Simon task—which assesses conflict-resolution efficiency. While the size of the Simon effect (reflecting the efficiency of handling response conflict) was unaffected by type of meditation, the amount of dynamic behavioral adjustments (i.e., trial-to-trial variability of the Simon effect: the Gratton effect) was considerably smaller after OMM than after FAM. Our findings suggest that engaging in meditation instantly creates a cognitive-control state that has a specific impact on conflict-driven control adaptations.