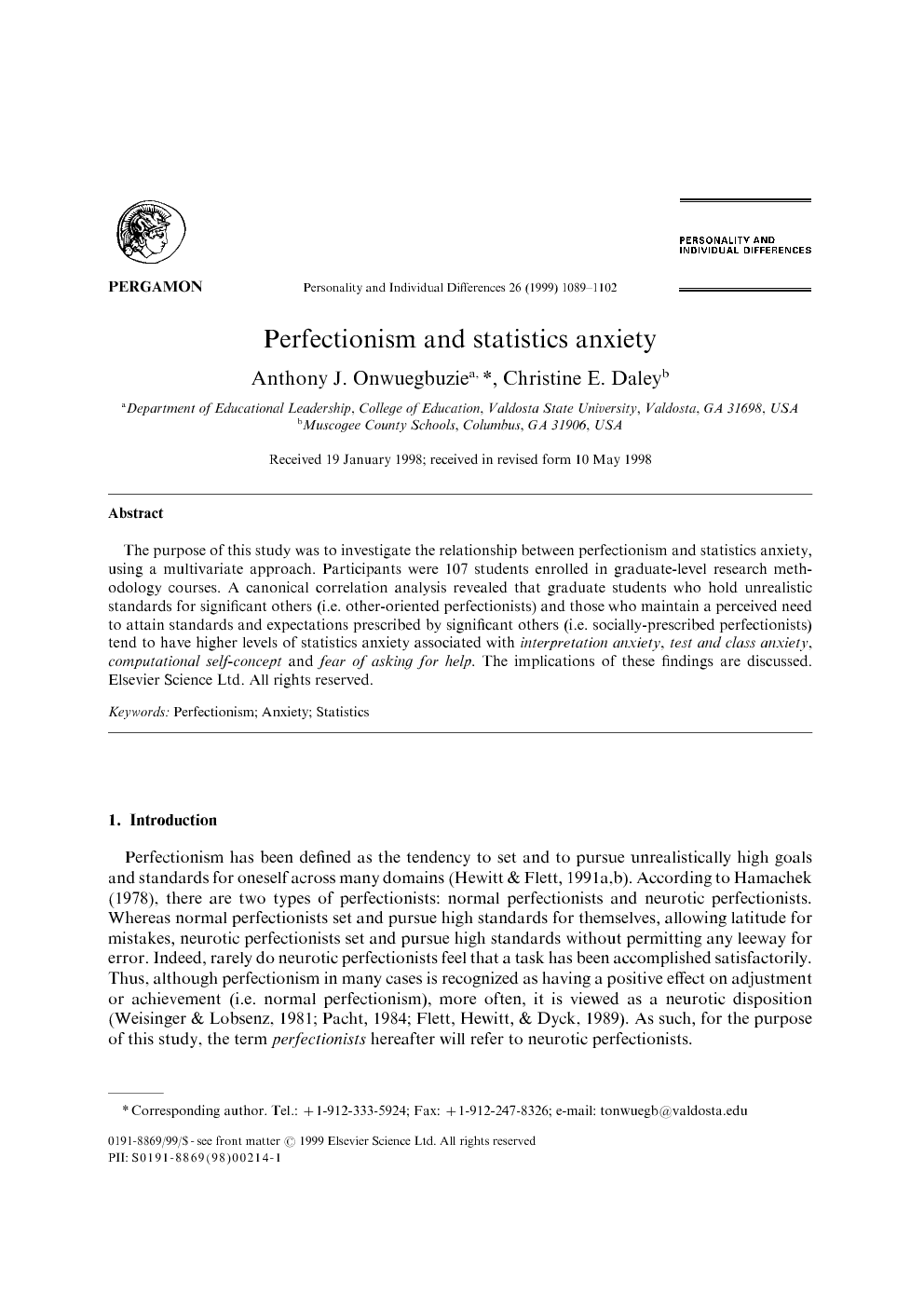 The purpose of this study was to investigate the relationship between perfectionism and statistics anxiety, using a multivariate approach. Participants were 107 students enrolled in graduate-level research methodology courses. A canonical correlation analysis revealed that graduate students who hold unrealistic standards for significant others (i.e. other-oriented perfectionists) and those who maintain a perceived need to attain standards and expectations prescribed by significant others (i.e. socially-prescribed perfectionists) tend to have higher levels of statistics anxiety associated with interpretation anxiety, test and class anxiety, computational self-concept and fear of asking for help. The implications of these findings are discussed.