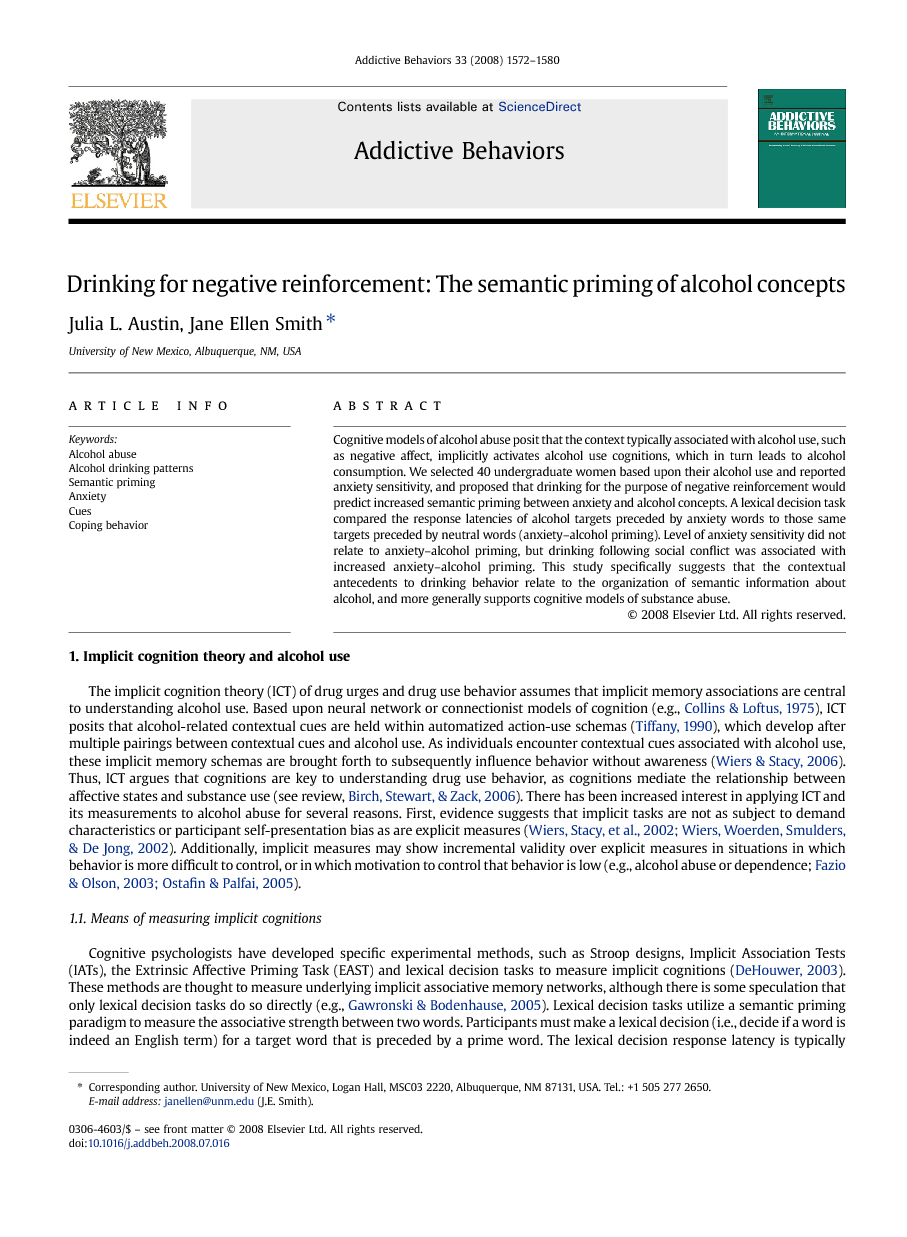 Cognitive models of alcohol abuse posit that the context typically associated with alcohol use, such as negative affect, implicitly activates alcohol use cognitions, which in turn leads to alcohol consumption. We selected 40 undergraduate women based upon their alcohol use and reported anxiety sensitivity, and proposed that drinking for the purpose of negative reinforcement would predict increased semantic priming between anxiety and alcohol concepts. A lexical decision task compared the response latencies of alcohol targets preceded by anxiety words to those same targets preceded by neutral words (anxiety–alcohol priming). Level of anxiety sensitivity did not relate to anxiety–alcohol priming, but drinking following social conflict was associated with increased anxiety–alcohol priming. This study specifically suggests that the contextual antecedents to drinking behavior relate to the organization of semantic information about alcohol, and more generally supports cognitive models of substance abuse.