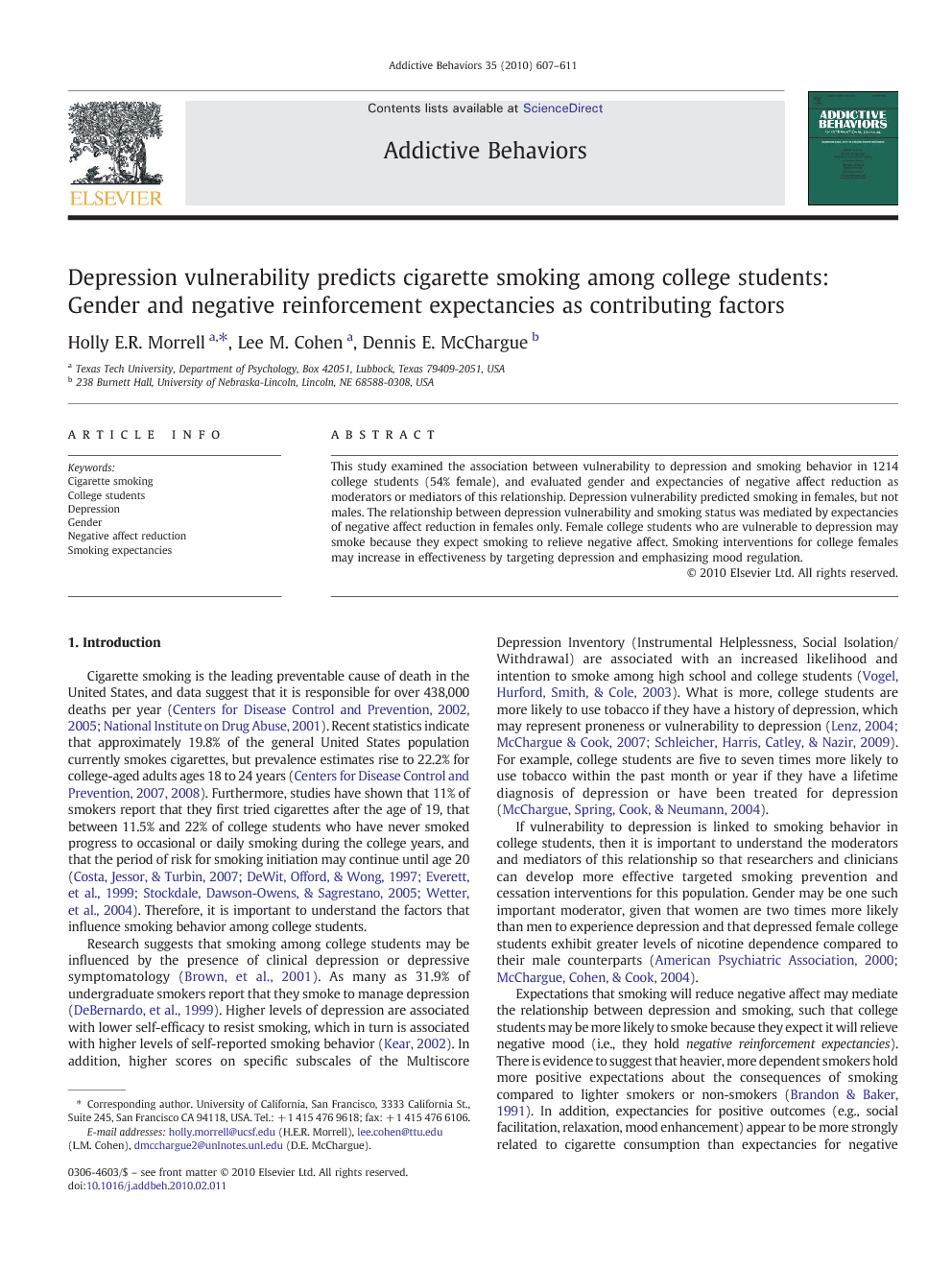 This study examined the association between vulnerability to depression and smoking behavior in 1214 college students (54% female), and evaluated gender and expectancies of negative affect reduction as moderators or mediators of this relationship. Depression vulnerability predicted smoking in females, but not males. The relationship between depression vulnerability and smoking status was mediated by expectancies of negative affect reduction in females only. Female college students who are vulnerable to depression may smoke because they expect smoking to relieve negative affect. Smoking interventions for college females may increase in effectiveness by targeting depression and emphasizing mood regulation.