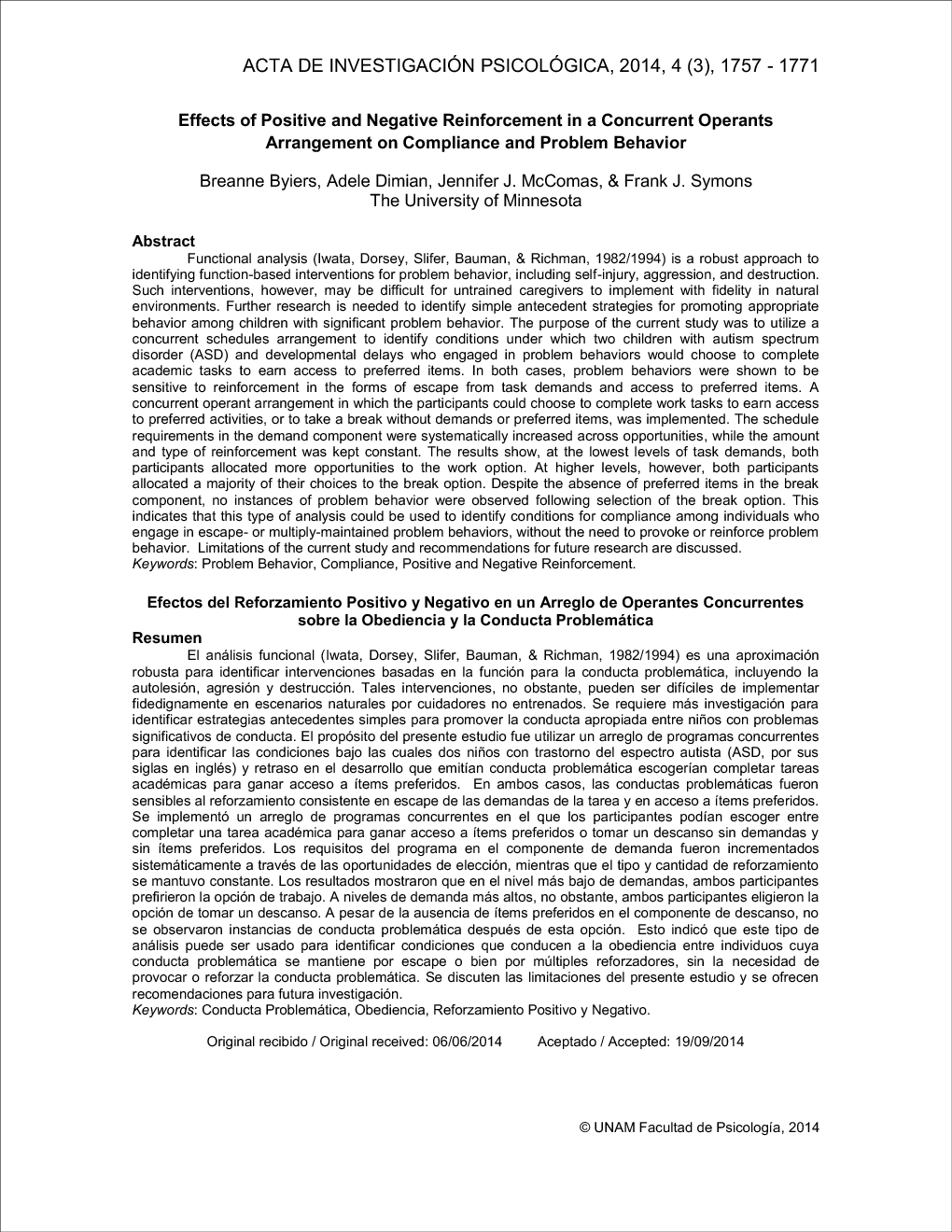 Functional analysis (Iwata, Dorsey, Slifer, Bauman, & Richman, 1982/1994) is a robust approach to identifying function-based interventions for problem behavior, including self-injury, aggression, and destruction. Such interventions, however, may be difficult for untrained caregivers to implement with fidelity in natural environments. Further research is needed to identify simple antecedent strategies for promoting appropriate behavior among children with significant problem behavior. The purpose of the current study was to utilize a concurrent schedules arrangement to identify conditions under which two children with autism spectrum disorder (ASD) and developmental delays who engaged in problem behaviors would choose to complete academic tasks to earn access to preferred items. In both cases, problem behaviors were shown to be sensitive to reinforcement in the forms of escape from task demands and access to preferred items. A concurrent operant arrangement in which the participants could choose to complete work tasks to earn access to preferred activities, or to take a break without demands or preferred items, was implemented. The schedule requirements in the demand component were systematically increased across opportunities, while the amount and type of reinforcement was kept constant. The results show, at the lowest levels of task demands, both participants allocated more opportunities to the work option. At higher levels, however, both participants allocated a majority of their choices to the break option. Despite the absence of preferred items in the break component, no instances of problem behavior were observed following selection of the break option. This indicates that this type of analysis could be used to identify conditions for compliance among individuals who engage in escape- or multiply-maintained problem behaviors, without the need to provoke or reinforce problem behavior. Limitations of the current study and recommendations for future research are discussed.