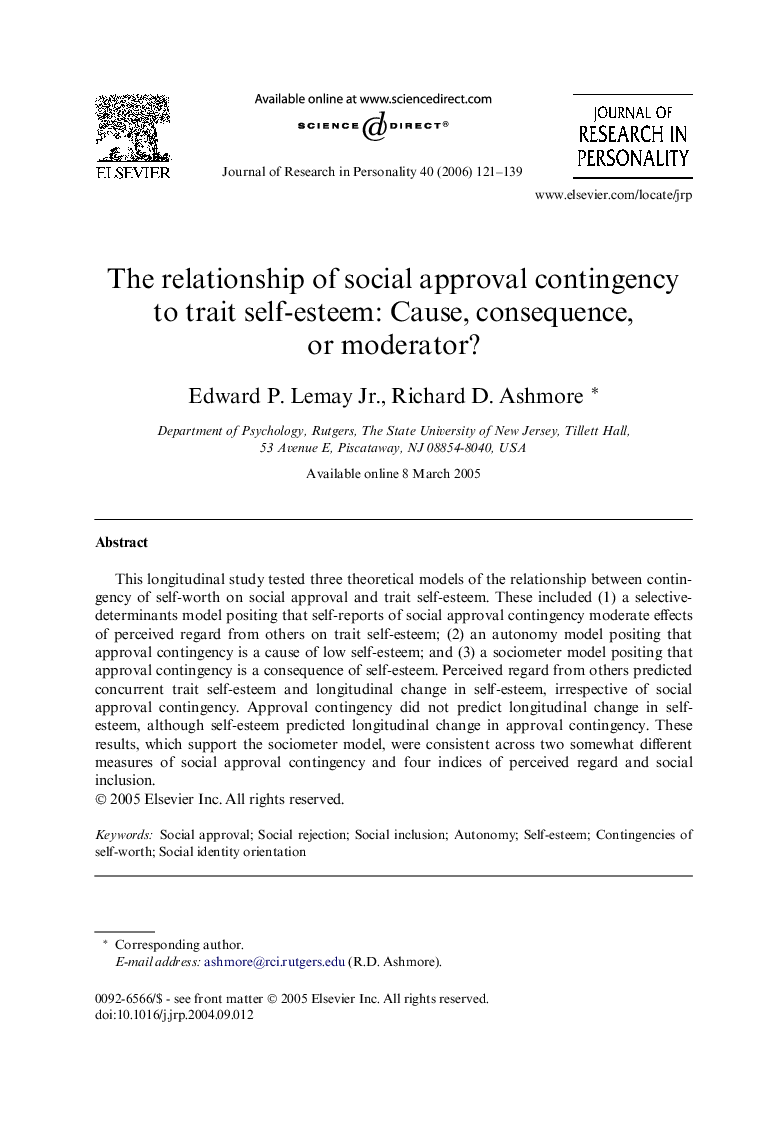 Approval-contingent self-esteem appears to be a psychological reality for most people, at least for those in our college student sample; although many deny that their self-esteem is contingent on approval from others, trait self-esteem, even for them, appears strongly related to others’ evaluations and will change over time as a result of approval and disapproval. These results converge with and extend other research suggesting that disclaimers about the effect of social approval on self-esteem are invalid (Leary et al., 2003). Apparently, people cannot truthfully disavow the sociality of the self. Perhaps this explains why James (1890) presented his ideas about the social self and the selective-determinants model in distinct sections of his well-known treatise. An awareness of the approval-contingent nature of self-esteem does not appear to have detrimental effects on self-esteem. In fact, low trait self-esteem may be a cause, rather than a consequence, of this knowledge. People with low trait self-esteem, with their history of tenuous social bonds, know quite well the effects of rejection on feelings of self-worth. Just as most of us overlook the ground that bears us up, people with high self-esteem may take for granted the social approval that forms the foundation of their self-esteem.