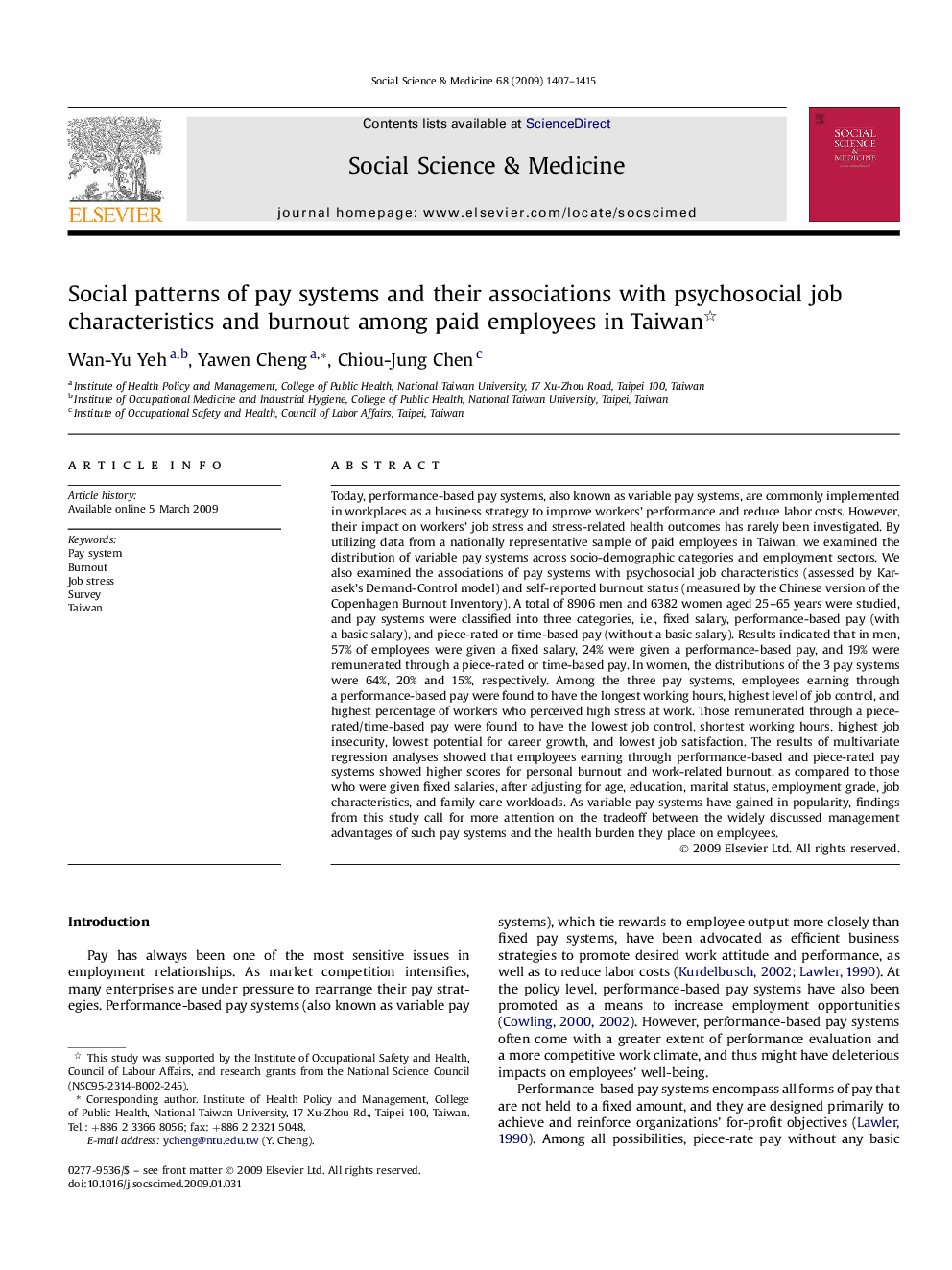 Today, performance-based pay systems, also known as variable pay systems, are commonly implemented in workplaces as a business strategy to improve workers' performance and reduce labor costs. However, their impact on workers' job stress and stress-related health outcomes has rarely been investigated. By utilizing data from a nationally representative sample of paid employees in Taiwan, we examined the distribution of variable pay systems across socio-demographic categories and employment sectors. We also examined the associations of pay systems with psychosocial job characteristics (assessed by Karasek's Demand-Control model) and self-reported burnout status (measured by the Chinese version of the Copenhagen Burnout Inventory). A total of 8906 men and 6382 women aged 25–65 years were studied, and pay systems were classified into three categories, i.e., fixed salary, performance-based pay (with a basic salary), and piece-rated or time-based pay (without a basic salary). Results indicated that in men, 57% of employees were given a fixed salary, 24% were given a performance-based pay, and 19% were remunerated through a piece-rated or time-based pay. In women, the distributions of the 3 pay systems were 64%, 20% and 15%, respectively. Among the three pay systems, employees earning through a performance-based pay were found to have the longest working hours, highest level of job control, and highest percentage of workers who perceived high stress at work. Those remunerated through a piece-rated/time-based pay were found to have the lowest job control, shortest working hours, highest job insecurity, lowest potential for career growth, and lowest job satisfaction. The results of multivariate regression analyses showed that employees earning through performance-based and piece-rated pay systems showed higher scores for personal burnout and work-related burnout, as compared to those who were given fixed salaries, after adjusting for age, education, marital status, employment grade, job characteristics, and family care workloads. As variable pay systems have gained in popularity, findings from this study call for more attention on the tradeoff between the widely discussed management advantages of such pay systems and the health burden they place on employees.