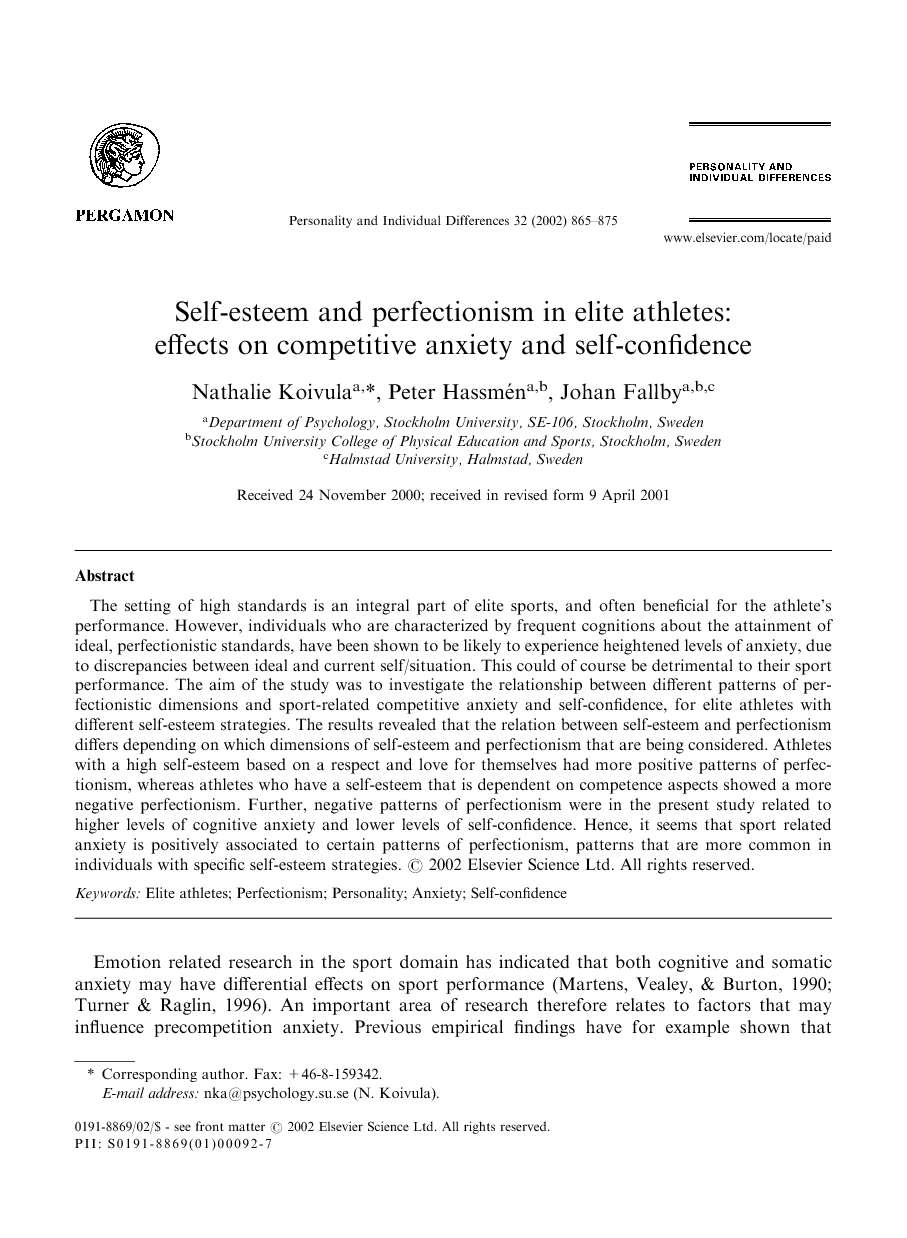 The setting of high standards is an integral part of elite sports, and often beneficial for the athlete's performance. However, individuals who are characterized by frequent cognitions about the attainment of ideal, perfectionistic standards, have been shown to be likely to experience heightened levels of anxiety, due to discrepancies between ideal and current self/situation. This could of course be detrimental to their sport performance. The aim of the study was to investigate the relationship between different patterns of perfectionistic dimensions and sport-related competitive anxiety and self-confidence, for elite athletes with different self-esteem strategies. The results revealed that the relation between self-esteem and perfectionism differs depending on which dimensions of self-esteem and perfectionism that are being considered. Athletes with a high self-esteem based on a respect and love for themselves had more positive patterns of perfectionism, whereas athletes who have a self-esteem that is dependent on competence aspects showed a more negative perfectionism. Further, negative patterns of perfectionism were in the present study related to higher levels of cognitive anxiety and lower levels of self-confidence. Hence, it seems that sport related anxiety is positively associated to certain patterns of perfectionism, patterns that are more common in individuals with specific self-esteem strategies.