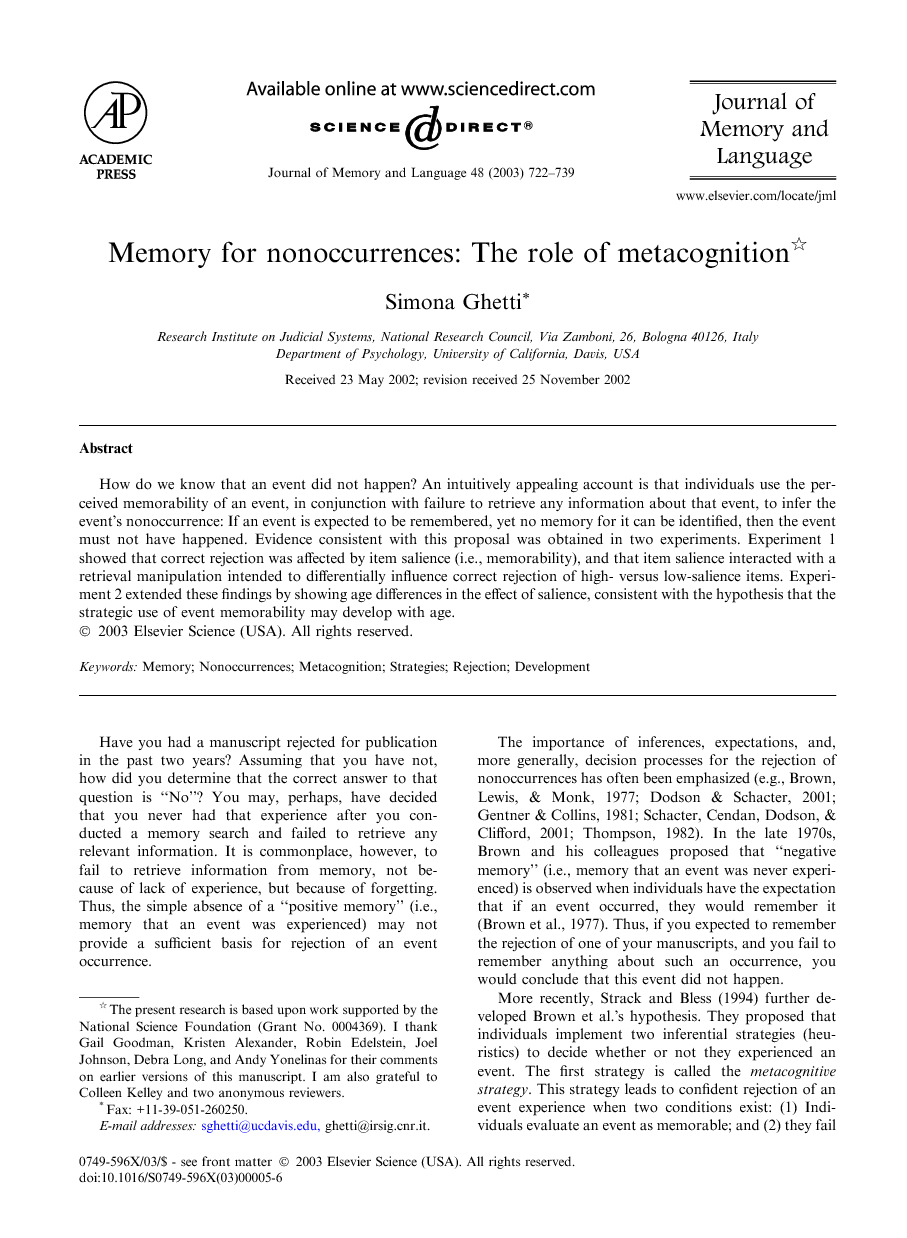 How do we know that an event did not happen? An intuitively appealing account is that individuals use the perceived memorability of an event, in conjunction with failure to retrieve any information about that event, to infer the event’s nonoccurrence: If an event is expected to be remembered, yet no memory for it can be identified, then the event must not have happened. Evidence consistent with this proposal was obtained in two experiments. Experiment 1 showed that correct rejection was affected by item salience (i.e., memorability), and that item salience interacted with a retrieval manipulation intended to differentially influence correct rejection of high- versus low-salience items. Experiment 2 extended these findings by showing age differences in the effect of salience, consistent with the hypothesis that the strategic use of event memorability may develop with age.