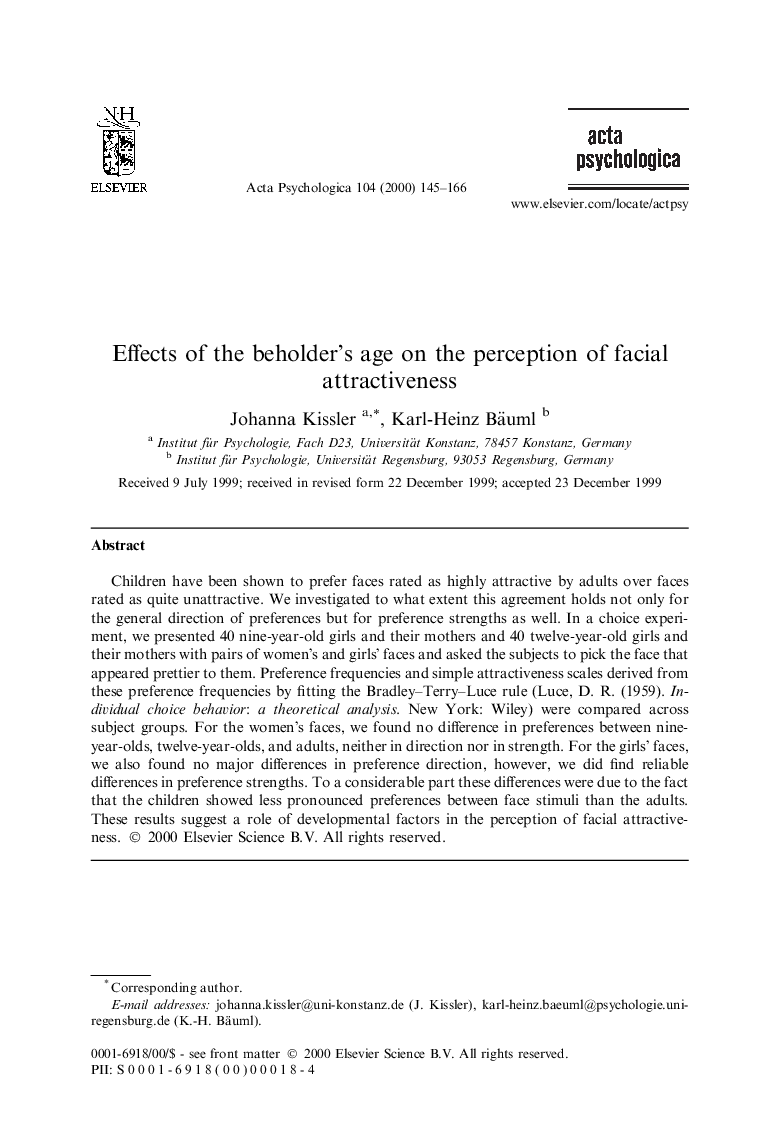 Children have been shown to prefer faces rated as highly attractive by adults over faces rated as quite unattractive. We investigated to what extent this agreement holds not only for the general direction of preferences but for preference strengths as well. In a choice experiment, we presented 40 nine-year-old girls and their mothers and 40 twelve-year-old girls and their mothers with pairs of women’s and girls’ faces and asked the subjects to pick the face that appeared prettier to them. Preference frequencies and simple attractiveness scales derived from these preference frequencies by fitting the Bradley–Terry–Luce rule (Luce, D. R. (1959). Individual choice behavior: a theoretical analysis. New York: Wiley) were compared across subject groups. For the women’s faces, we found no difference in preferences between nine-year-olds, twelve-year-olds, and adults, neither in direction nor in strength. For the girls’ faces, we also found no major differences in preference direction, however, we did find reliable differences in preference strengths. To a considerable part these differences were due to the fact that the children showed less pronounced preferences between face stimuli than the adults. These results suggest a role of developmental factors in the perception of facial attractiveness.