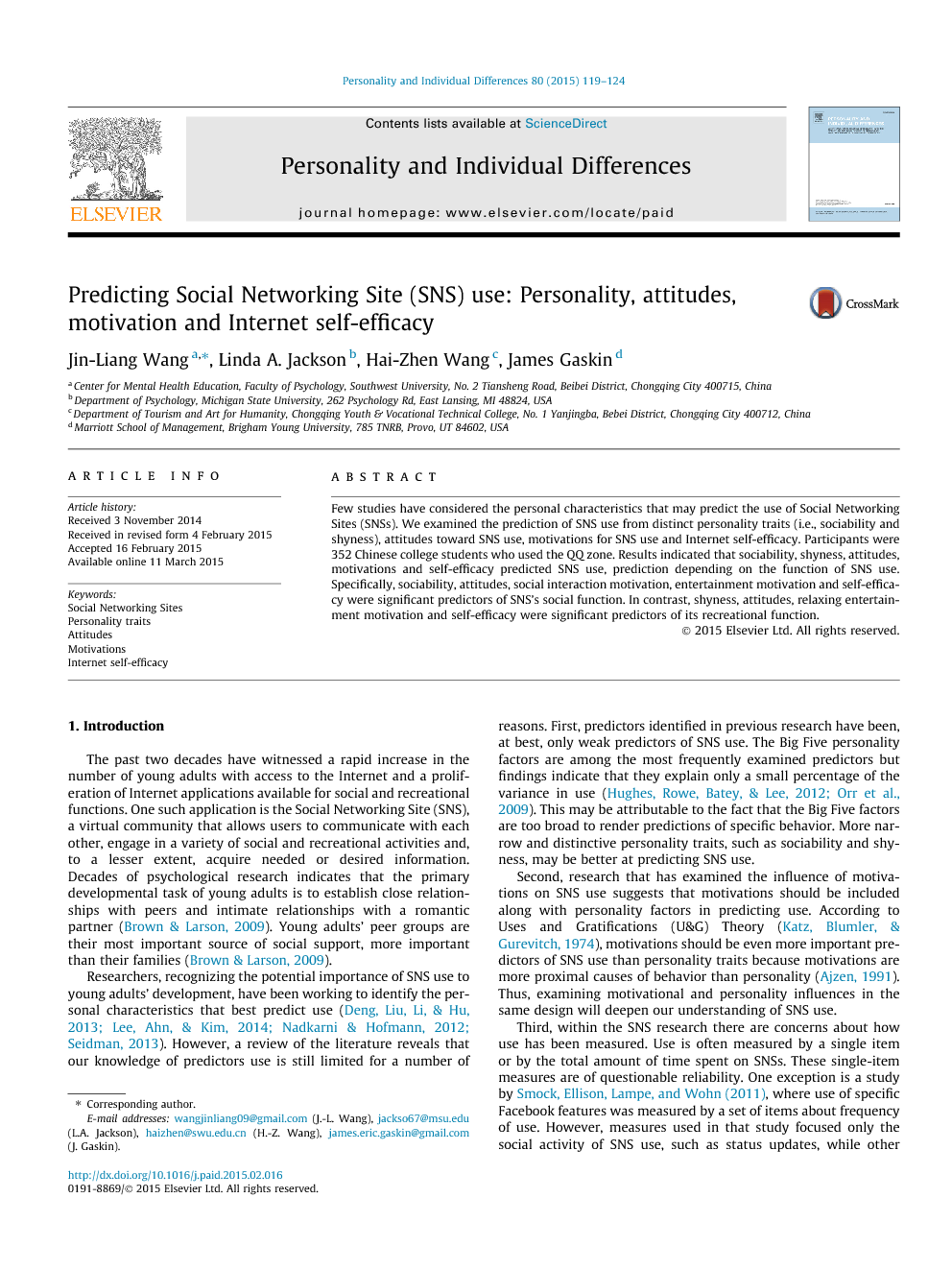 Few studies have considered the personal characteristics that may predict the use of Social Networking Sites (SNSs). We examined the prediction of SNS use from distinct personality traits (i.e., sociability and shyness), attitudes toward SNS use, motivations for SNS use and Internet self-efficacy. Participants were 352 Chinese college students who used the QQ zone. Results indicated that sociability, shyness, attitudes, motivations and self-efficacy predicted SNS use, prediction depending on the function of SNS use. Specifically, sociability, attitudes, social interaction motivation, entertainment motivation and self-efficacy were significant predictors of SNS’s social function. In contrast, shyness, attitudes, relaxing entertainment motivation and self-efficacy were significant predictors of its recreational function.

In conclusion our findings suggest that distinct personality traits (i.e., sociability, shyness), motivations, attitudes toward SNSs and Internet self-efficacy influence SNS use by Chinese college students, their influence depending to some extent on whether the focus of use is on the social or recreational functions. SNS use for its social function seems more attractive to individuals who are more sociable, have positive attitudes toward SNSs, high levels of motivation for social interaction and high levels of Internet self-efficacy. SNS use for both its social and recreational functions seems more attractive to those who have positive attitudes toward SNS, high motivation for relaxing entertainment and high Internet self-efficacy. This research points to directions for future research aimed at understanding the popularity of this global phenomenon and why people take time from real life to participate in these virtual worlds.