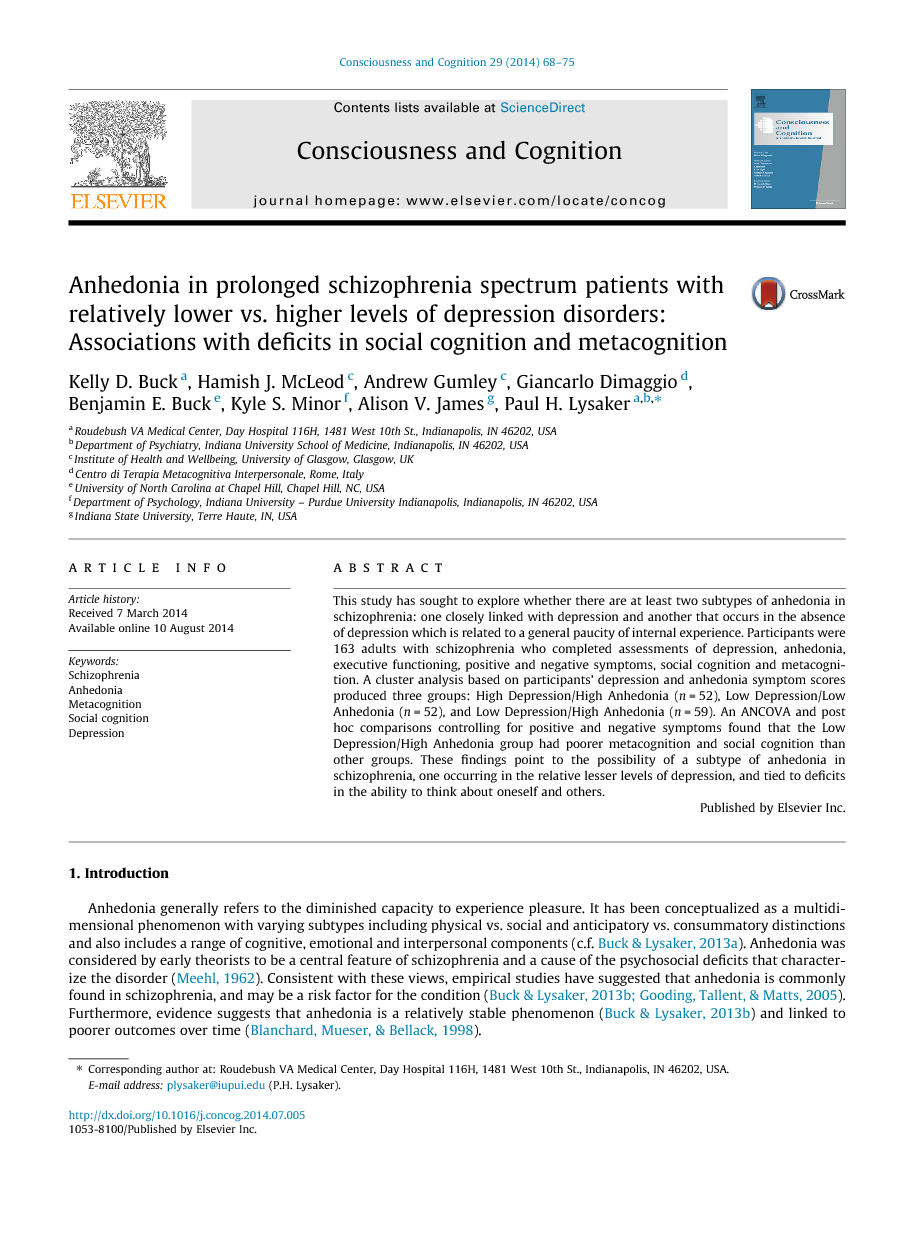 This study has sought to explore whether there are at least two subtypes of anhedonia in schizophrenia: one closely linked with depression and another that occurs in the absence of depression which is related to a general paucity of internal experience. Participants were 163 adults with schizophrenia who completed assessments of depression, anhedonia, executive functioning, positive and negative symptoms, social cognition and metacognition. A cluster analysis based on participants’ depression and anhedonia symptom scores produced three groups: High Depression/High Anhedonia (n = 52), Low Depression/Low Anhedonia (n = 52), and Low Depression/High Anhedonia (n = 59). An ANCOVA and post hoc comparisons controlling for positive and negative symptoms found that the Low Depression/High Anhedonia group had poorer metacognition and social cognition than other groups. These findings point to the possibility of a subtype of anhedonia in schizophrenia, one occurring in the relative lesser levels of depression, and tied to deficits in the ability to think about oneself and others.