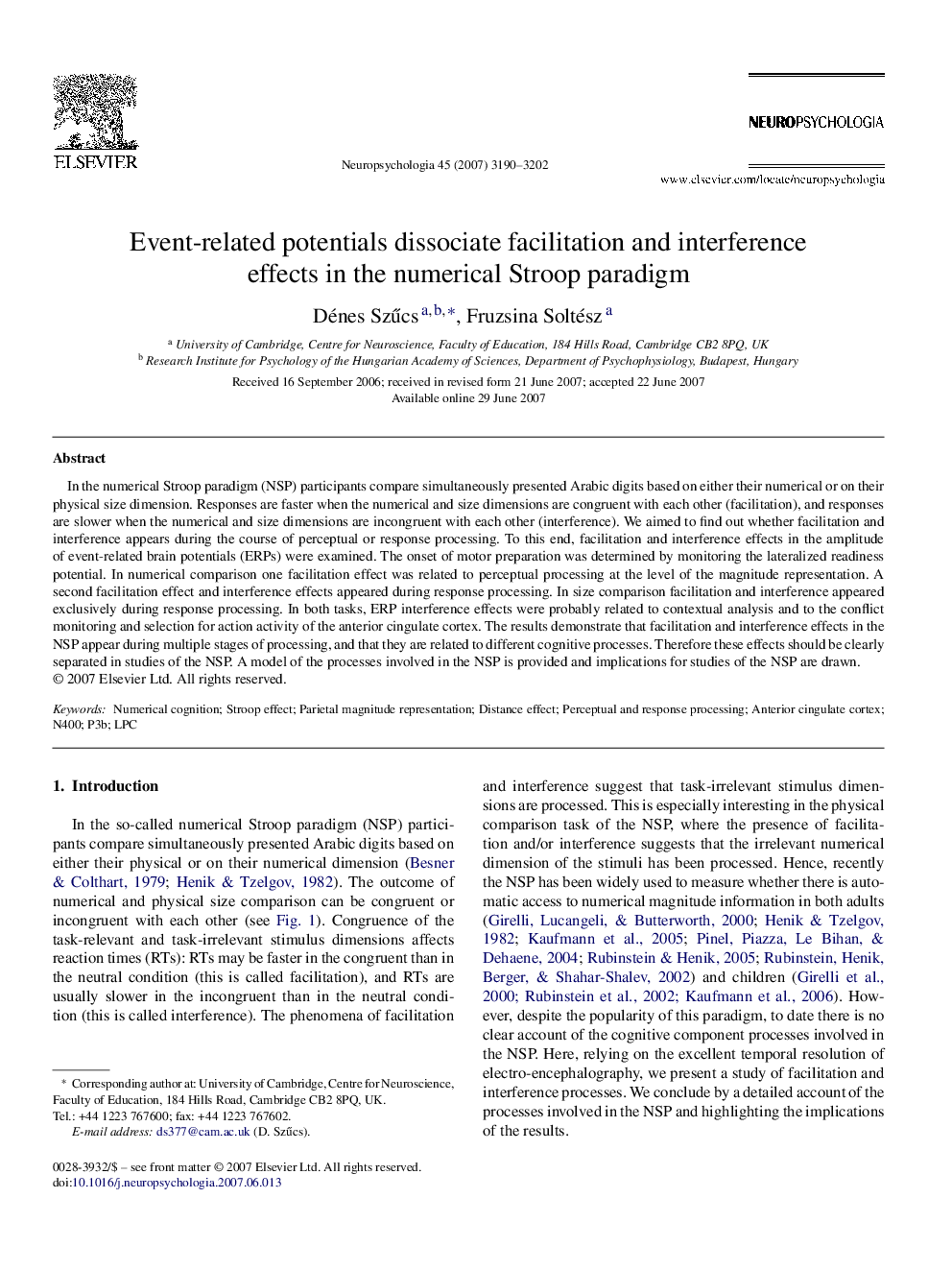 In the so-called numerical Stroop paradigm (NSP) participants compare simultaneously presented Arabic digits based on either their physical or on their numerical dimension (Besner & Colthart, 1979; Henik & Tzelgov, 1982). The outcome of numerical and physical size comparison can be congruent or incongruent with each other (see Fig. 1). Congruence of the task-relevant and task-irrelevant stimulus dimensions affects reaction times (RTs): RTs may be faster in the congruent than in the neutral condition (this is called facilitation), and RTs are usually slower in the incongruent than in the neutral condition (this is called interference). The phenomena of facilitation and interference suggest that task-irrelevant stimulus dimensions are processed. This is especially interesting in the physical comparison task of the NSP, where the presence of facilitation and/or interference suggests that the irrelevant numerical dimension of the stimuli has been processed. Hence, recently the NSP has been widely used to measure whether there is automatic access to numerical magnitude information in both adults (Girelli, Lucangeli, & Butterworth, 2000; Henik & Tzelgov, 1982; Kaufmann et al., 2005; Pinel, Piazza, Le Bihan, & Dehaene, 2004; Rubinstein & Henik, 2005; Rubinstein, Henik, Berger, & Shahar-Shalev, 2002) and children (Girelli et al., 2000, Rubinstein et al., 2002 and Kaufmann et al., 2006). However, despite the popularity of this paradigm, to date there is no clear account of the cognitive component processes involved in the NSP. Here, relying on the excellent temporal resolution of electro-encephalography, we present a study of facilitation and interference processes. We conclude by a detailed account of the processes involved in the NSP and highlighting the implications of the results.