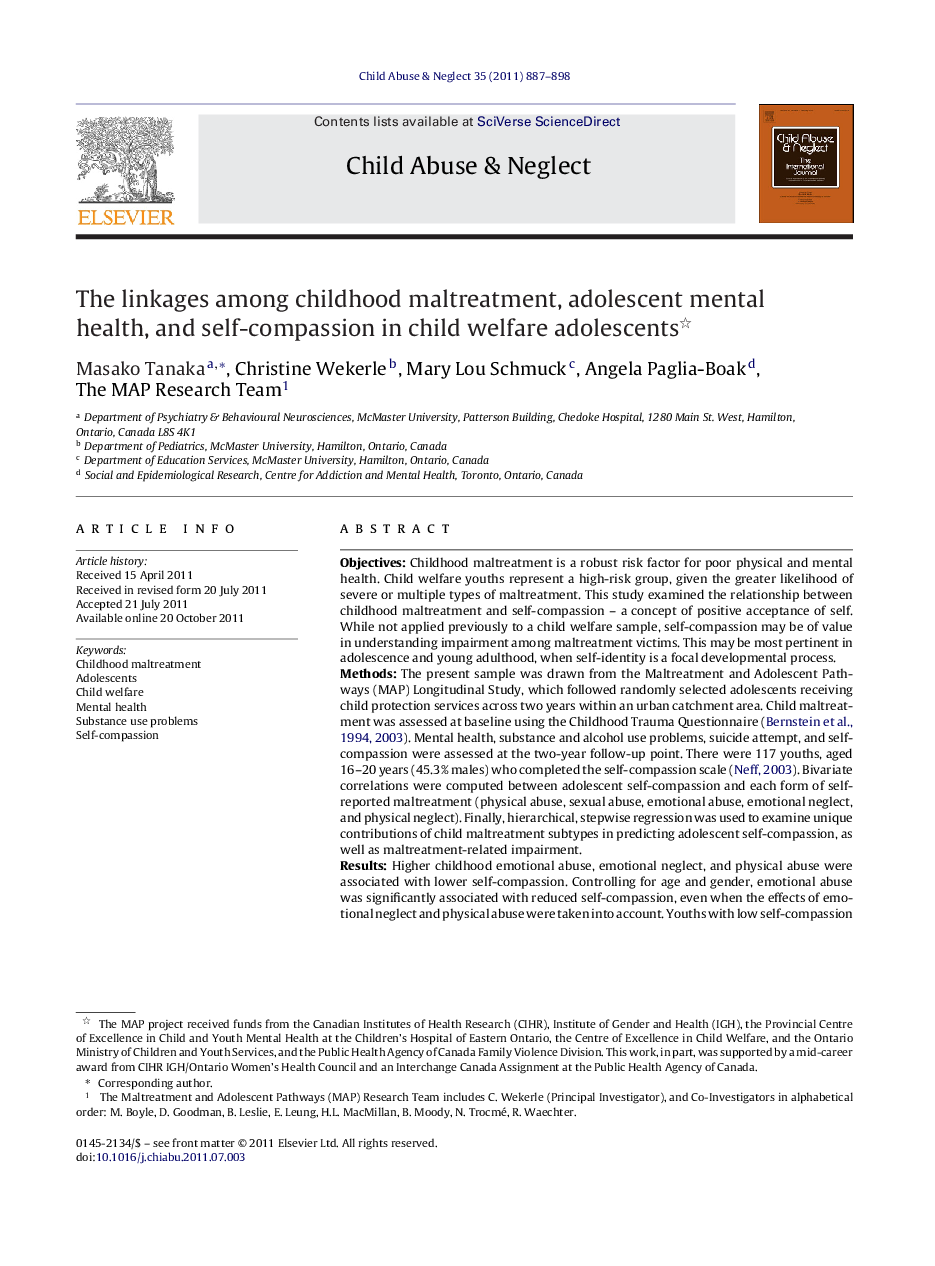 Abstract Objectives Childhood maltreatment is a robust risk factor for poor physical and mental health. Child welfare youths represent a high-risk group, given the greater likelihood of severe or multiple types of maltreatment. This study examined the relationship between childhood maltreatment and self-compassion – a concept of positive acceptance of self. While not applied previously to a child welfare sample, self-compassion may be of value in understanding impairment among maltreatment victims. This may be most pertinent in adolescence and young adulthood, when self-identity is a focal developmental process.

Conclusion This preliminary study encourages further study of self-compassion as it may apply to emotional abuse in particular, and maltreated youth and child welfare samples more generally. Given the early nature of the use of self-compassion, however, there needs to be further research on the psychometric properties of the measurement of this construct. Further investigation to test the validity of SCS in various adolescent populations would promote more studies, including child welfare youth and other samples where maltreatment backgrounds are noteworthy, such as those with corrections, addiction treatment, and self-harm presentations. Self-compassion may be an amenable target that would support the resilience of maltreated youths and may provide a useful complementary approach to current conceptual models informing child welfare practice. Work that supports maltreated youths to obtain greater measures of felt stability and self-compassion is encouraged.