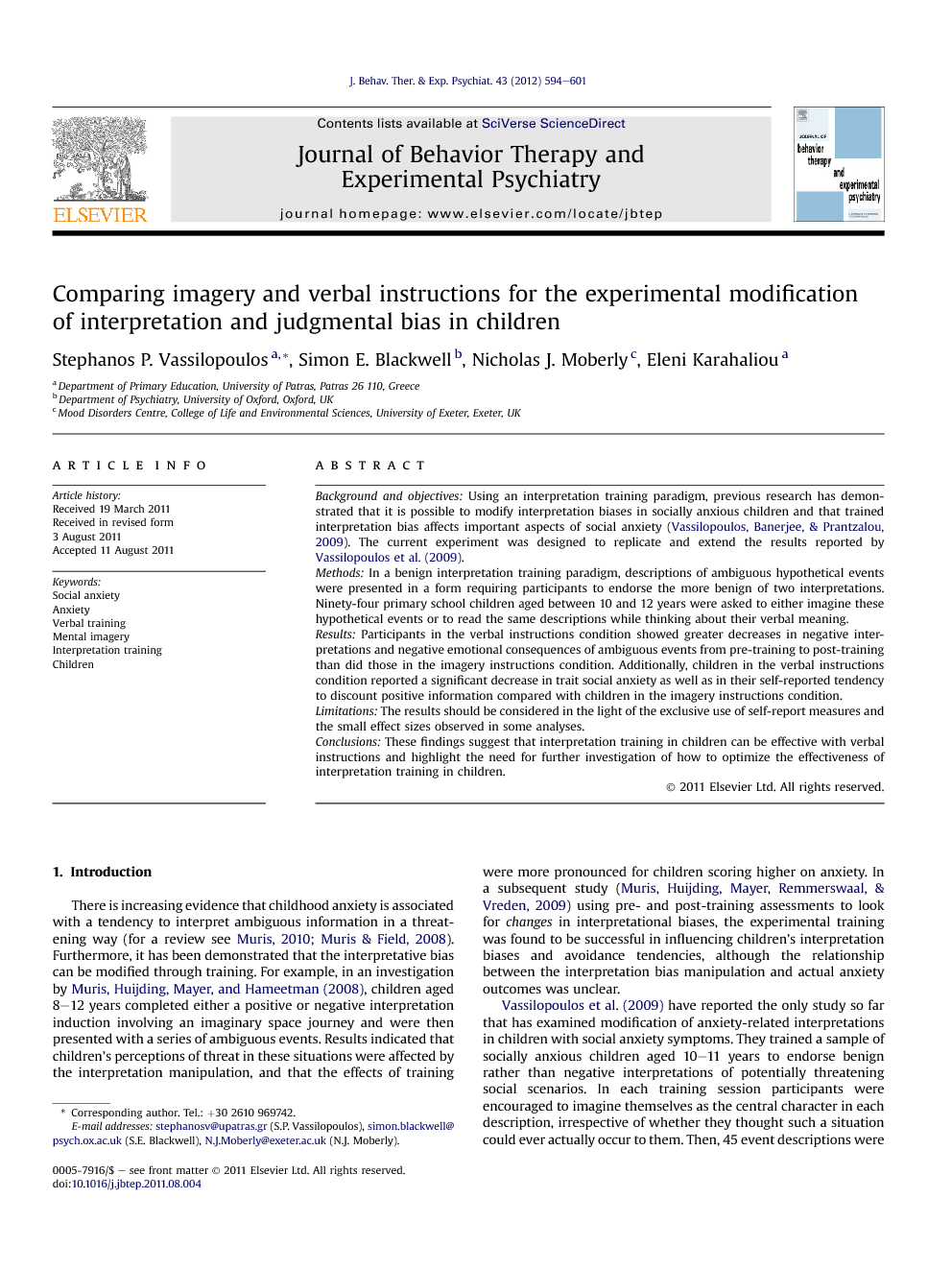 The current study replicated and extended previous findings (Vassilopoulos et al., 2009) suggesting that interpretation and judgmental biases can be beneficially modified in a sample of primary school children. It also found that instructions to process the training materials verbally resulted in superior effects of this particular training paradigm than instructions that emphasized the use of imagery. Although an explanation of these results may reside in the nature of how the imagery was deployed in this task, the success of the verbal paradigm raises interesting questions about the nature of how emotional information is processed in children. Additionally, it is easy to envisage such a paradigm being easily and cheaply distributed and administered via a workbook in schools or other settings. The study was limited by its reliance on responses to hypothetical situations and its exclusive reliance on self-report, and the results should be considered in the light of the small effect sizes observed in some of the analyses. However, they do highlight the need to continue to systematically investigate the impact of instructions and presentation modality on the effectiveness of interpretation modification programs if psychologists are to design more effective interventions for children.