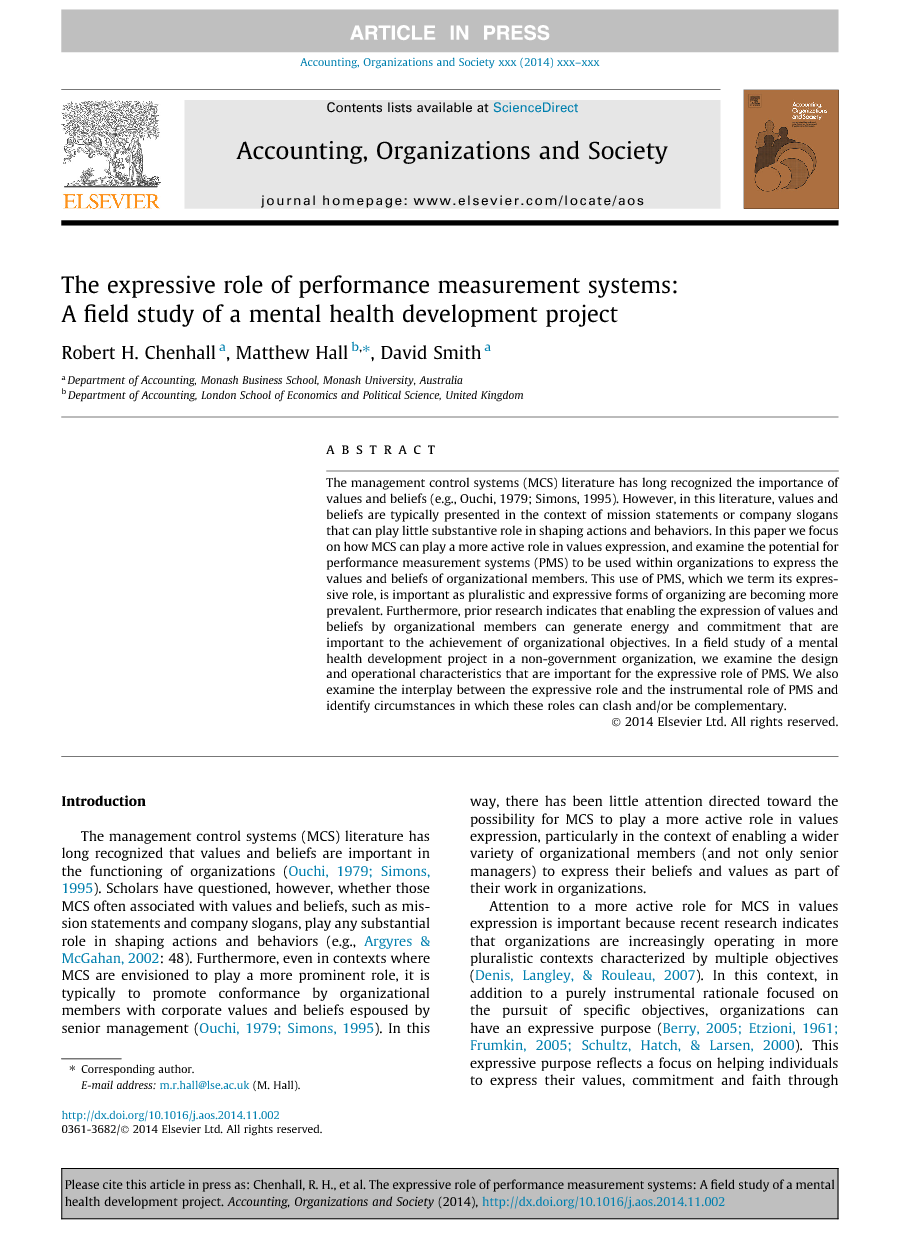 The management control systems (MCS) literature has long recognized the importance of values and beliefs (e.g., Ouchi, 1979; Simons, 1995). However, in this literature, values and beliefs are typically presented in the context of mission statements or company slogans that can play little substantive role in shaping actions and behaviors. In this paper we focus on how MCS can play a more active role in values expression, and examine the potential for performance measurement systems (PMS) to be used within organizations to express the values and beliefs of organizational members. This use of PMS, which we term its expressive role, is important as pluralistic and expressive forms of organizing are becoming more prevalent. Furthermore, prior research indicates that enabling the expression of values and beliefs by organizational members can generate energy and commitment that are important to the achievement of organizational objectives. In a field study of a mental health development project in a non-government organization, we examine the design and operational characteristics that are important for the expressive role of PMS. We also examine the interplay between the expressive role and the instrumental role of PMS and identify circumstances in which these roles can clash and/or be complementary.