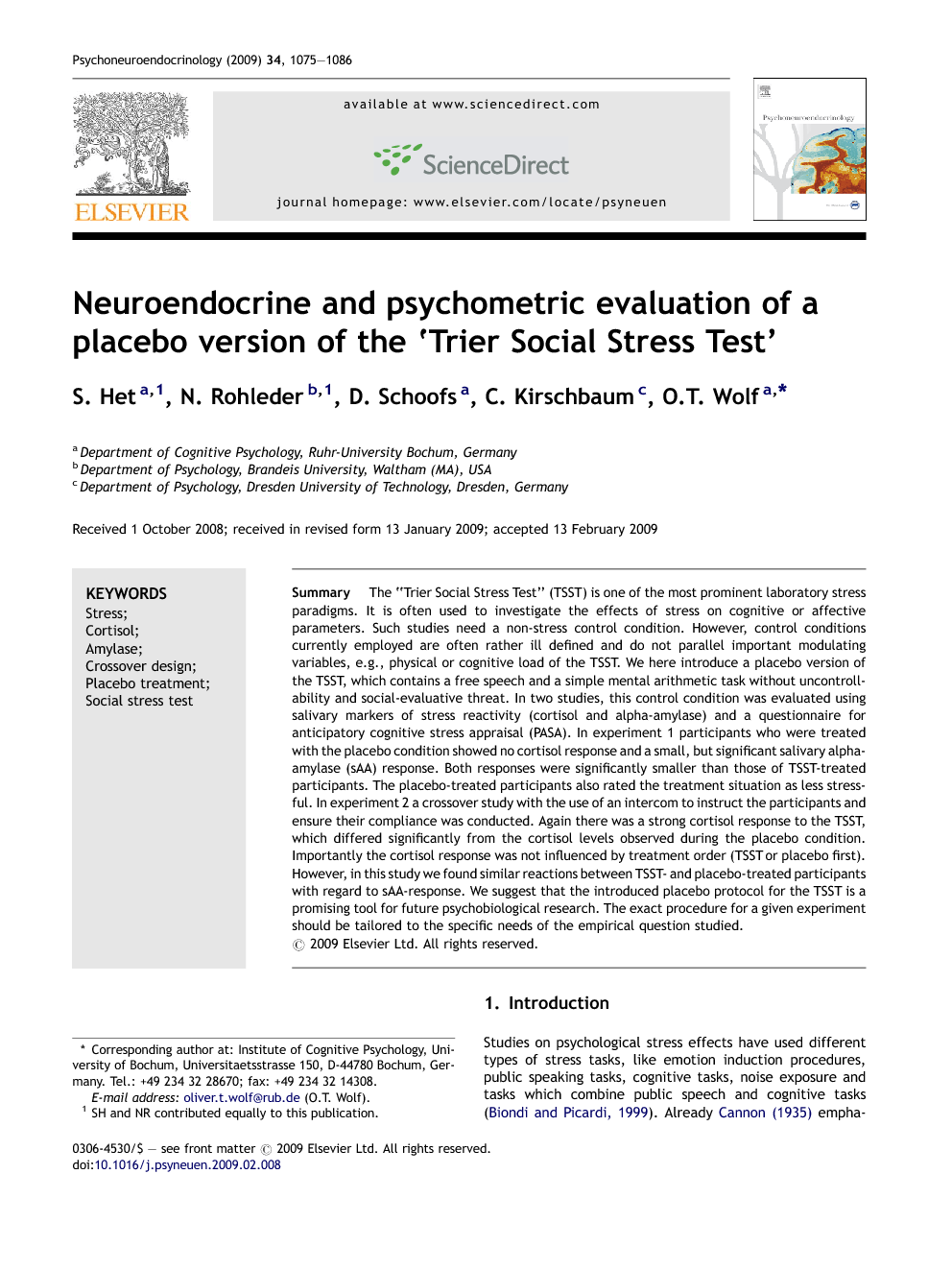 The “Trier Social Stress Test” (TSST) is one of the most prominent laboratory stress paradigms. It is often used to investigate the effects of stress on cognitive or affective parameters. Such studies need a non-stress control condition. However, control conditions currently employed are often rather ill defined and do not parallel important modulating variables, e.g., physical or cognitive load of the TSST. We here introduce a placebo version of the TSST, which contains a free speech and a simple mental arithmetic task without uncontrollability and social-evaluative threat. In two studies, this control condition was evaluated using salivary markers of stress reactivity (cortisol and alpha-amylase) and a questionnaire for anticipatory cognitive stress appraisal (PASA). In experiment 1 participants who were treated with the placebo condition showed no cortisol response and a small, but significant salivary alpha-amylase (sAA) response. Both responses were significantly smaller than those of TSST-treated participants. The placebo-treated participants also rated the treatment situation as less stressful. In experiment 2 a crossover study with the use of an intercom to instruct the participants and ensure their compliance was conducted. Again there was a strong cortisol response to the TSST, which differed significantly from the cortisol levels observed during the placebo condition. Importantly the cortisol response was not influenced by treatment order (TSST or placebo first). However, in this study we found similar reactions between TSST- and placebo-treated participants with regard to sAA-response. We suggest that the introduced placebo protocol for the TSST is a promising tool for future psychobiological research. The exact procedure for a given experiment should be tailored to the specific needs of the empirical question studied.