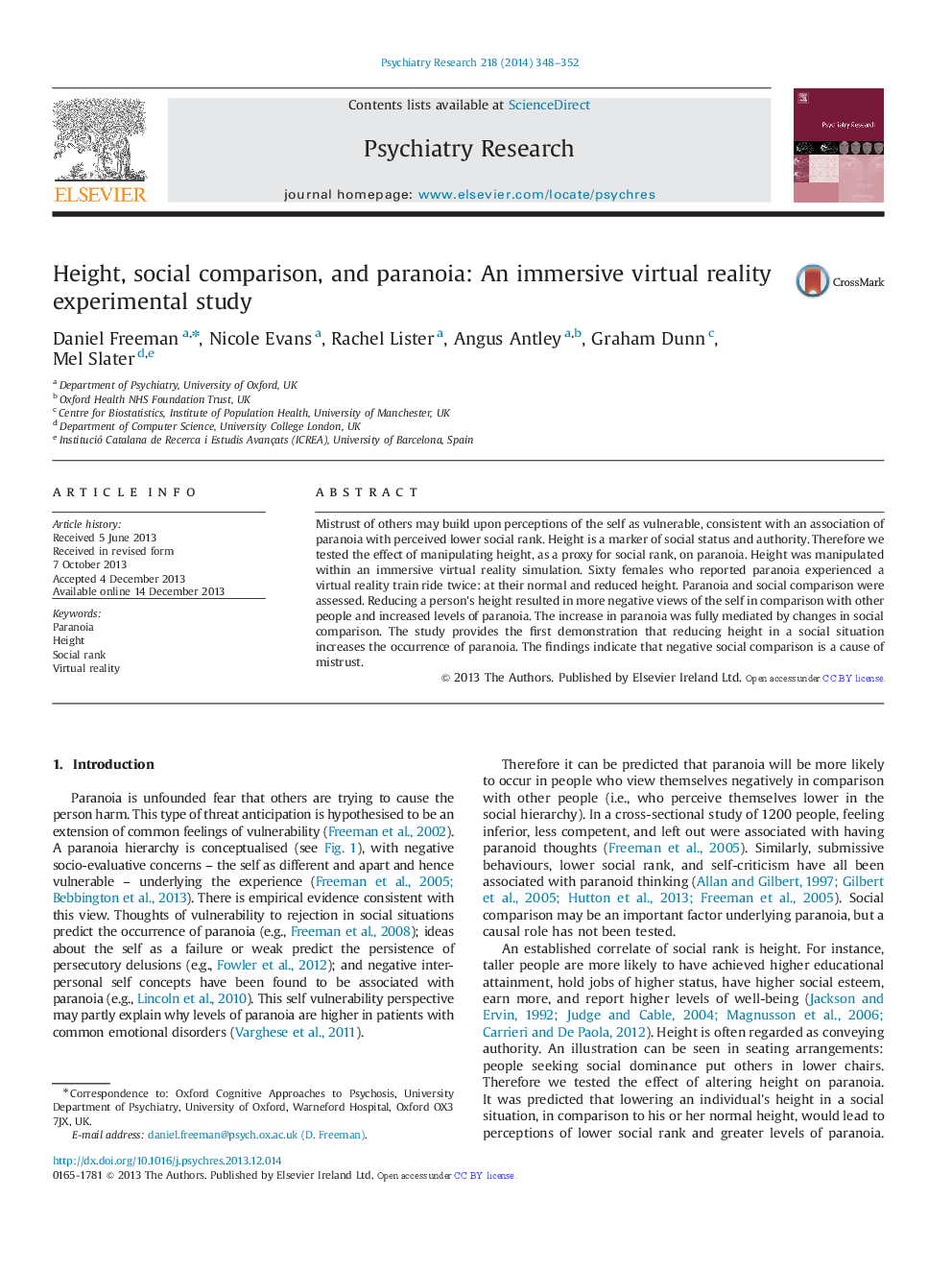 Abstract Mistrust of others may build upon perceptions of the self as vulnerable, consistent with an association of paranoia with perceived lower social rank. Height is a marker of social status and authority. Therefore we tested the effect of manipulating height, as a proxy for social rank, on paranoia. Height was manipulated within an immersive virtual reality simulation. Sixty females who reported paranoia experienced a virtual reality train ride twice: at their normal and reduced height. Paranoia and social comparison were assessed. Reducing a person's height resulted in more negative views of the self in comparison with other people and increased levels of paranoia. The increase in paranoia was fully mediated by changes in social comparison. The study provides the first demonstration that reducing height in a social situation increases the occurrence of paranoia. The findings indicate that negative social comparison is a cause of mistrust.

1. Introduction Paranoia is unfounded fear that others are trying to cause the person harm. This type of threat anticipation is hypothesised to be an extension of common feelings of vulnerability (Freeman et al., 2002). A paranoia hierarchy is conceptualised (see Fig. 1), with negative socio-evaluative concerns – the self as different and apart and hence vulnerable – underlying the experience (Freeman et al., 2005 and Bebbington et al., 2013). There is empirical evidence consistent with this view. Thoughts of vulnerability to rejection in social situations predict the occurrence of paranoia (e.g., Freeman et al., 2008); ideas about the self as a failure or weak predict the persistence of persecutory delusions (e.g., Fowler et al., 2012); and negative interpersonal self concepts have been found to be associated with paranoia (e.g., Lincoln et al., 2010). This self vulnerability perspective may partly explain why levels of paranoia are higher in patients with common emotional disorders (Varghese et al., 2011). The paranoia hierarchy.