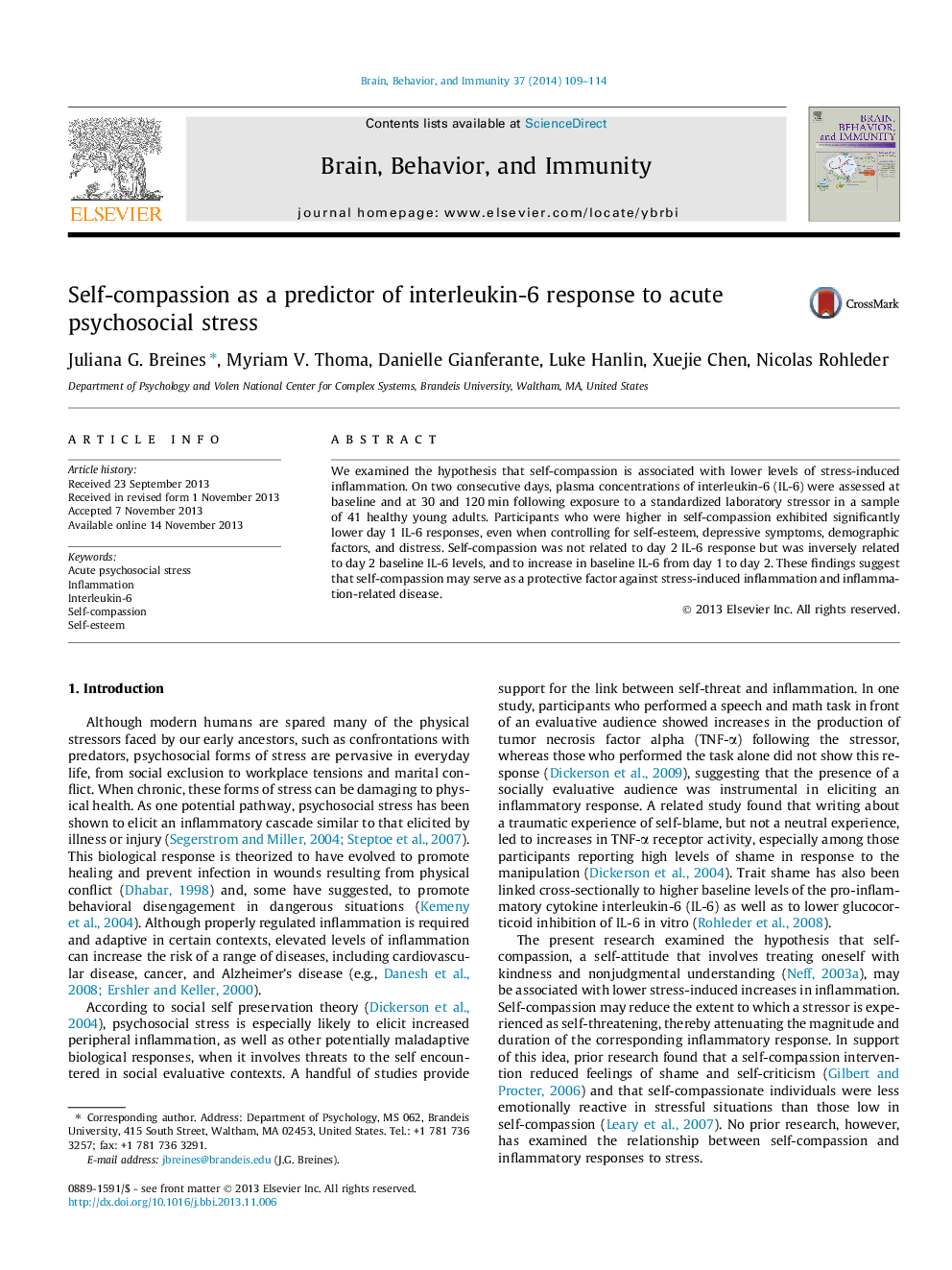 Abstract We examined the hypothesis that self-compassion is associated with lower levels of stress-induced inflammation. On two consecutive days, plasma concentrations of interleukin-6 (IL-6) were assessed at baseline and at 30 and 120 min following exposure to a standardized laboratory stressor in a sample of 41 healthy young adults. Participants who were higher in self-compassion exhibited significantly lower day 1 IL-6 responses, even when controlling for self-esteem, depressive symptoms, demographic factors, and distress. Self-compassion was not related to day 2 IL-6 response but was inversely related to day 2 baseline IL-6 levels, and to increase in baseline IL-6 from day 1 to day 2. These findings suggest that self-compassion may serve as a protective factor against stress-induced inflammation and inflammation-related disease.