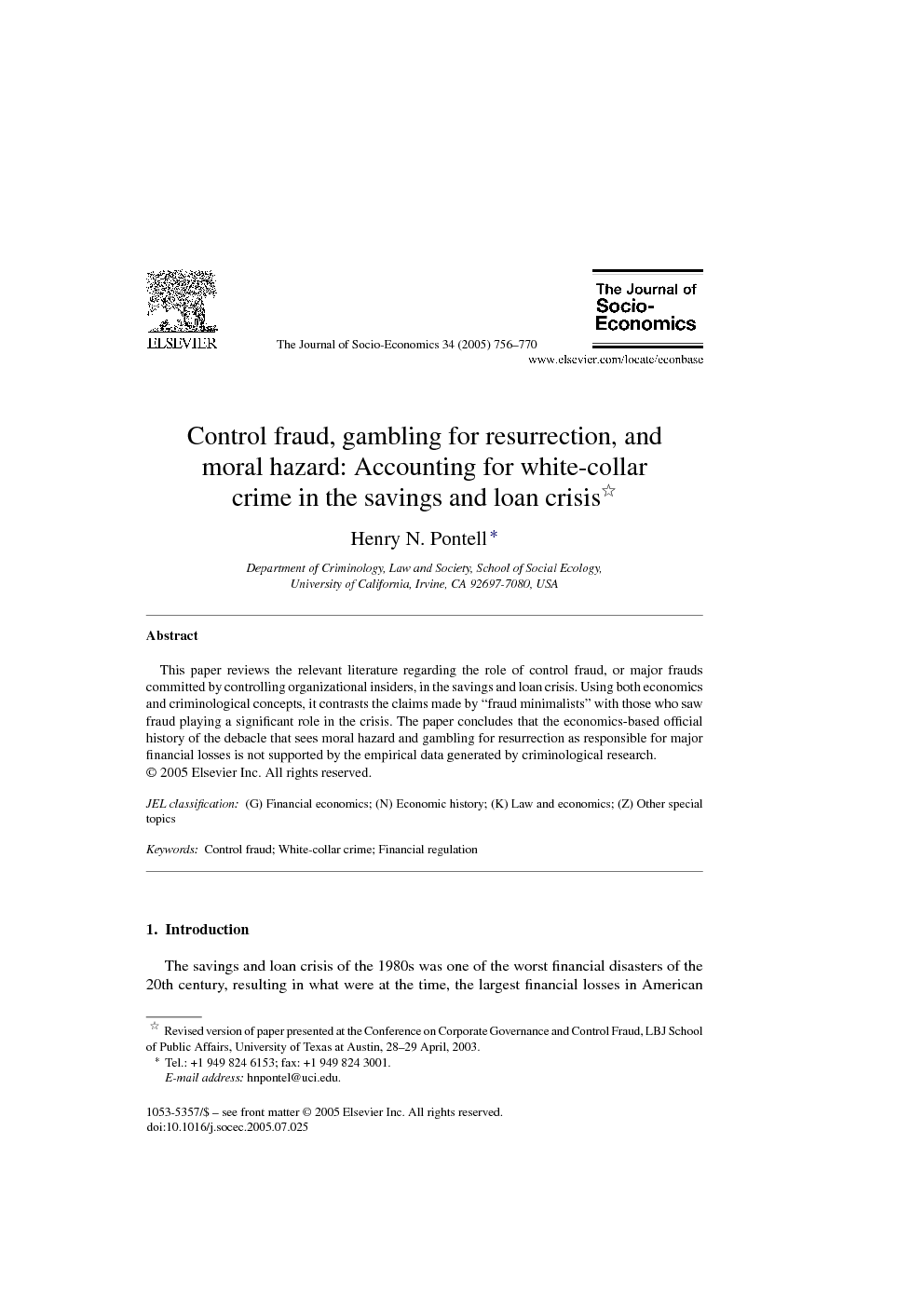 This paper reviews the relevant literature regarding the role of control fraud, or major frauds committed by controlling organizational insiders, in the savings and loan crisis. Using both economics and criminological concepts, it contrasts the claims made by “fraud minimalists” with those who saw fraud playing a significant role in the crisis. The paper concludes that the economics-based official history of the debacle that sees moral hazard and gambling for resurrection as responsible for major financial losses is not supported by the empirical data generated by criminological research.