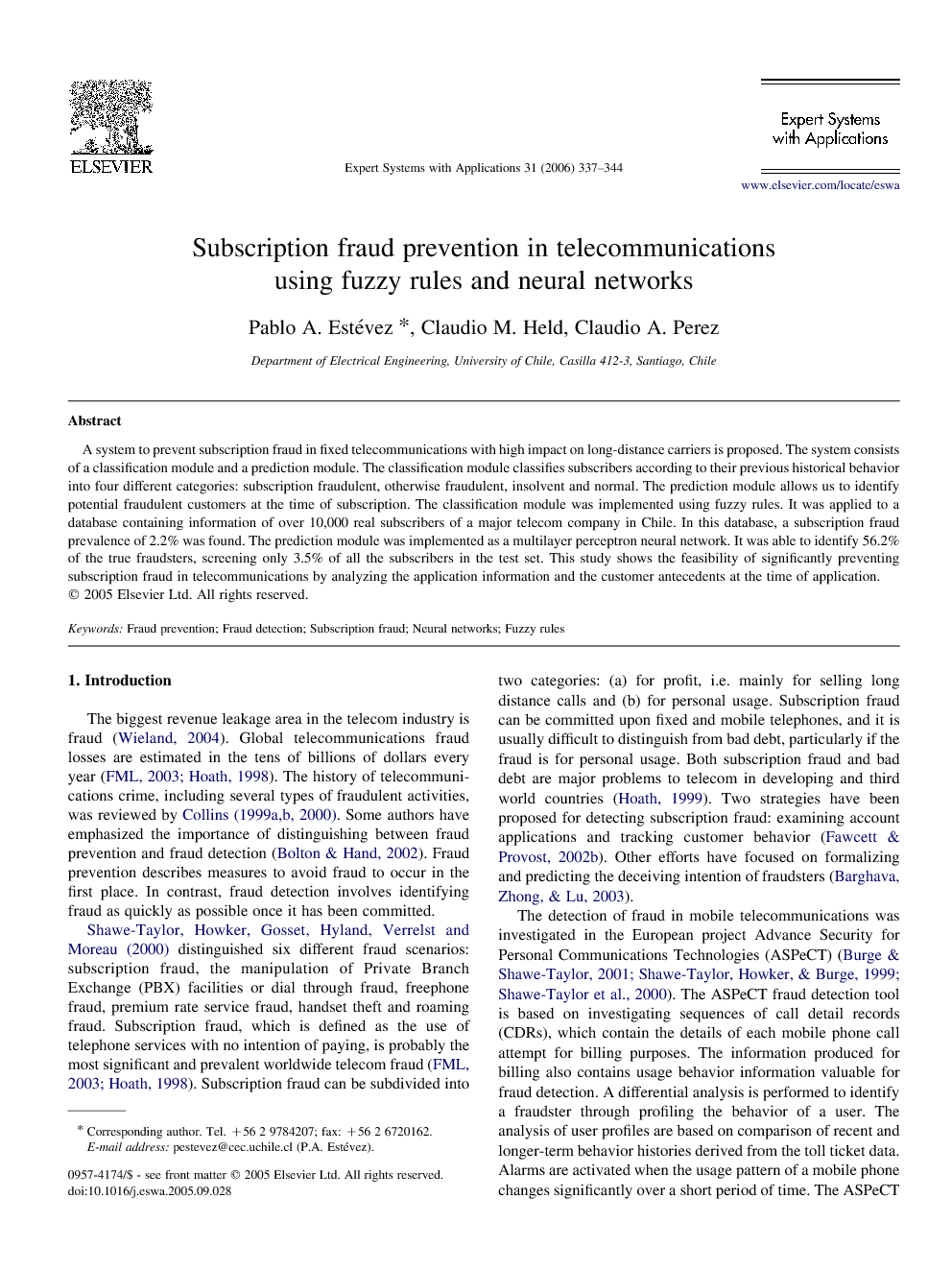 In contrast to fraud detection systems that operate once the fraud has been committed, the proposed system is predictive and operates at the application time. Demographics and commercial antecedents, as well as other characteristics associated to the application for a new phone line, were used as predictors. The predictive module was able to identify 3.5% of the subscribers containing 56.2% of the true fraudsters. A manual analysis of errors showed that most of the FP cases corresponded to the insolvent category. One third of these corresponded to customers that never paid the bills but had a typical residential average expenditure. This pattern corresponds to the category of fraud for personal usage, and could be considered as a kind of subscription fraud. In the future, the proposed system could be enhanced by adding information about the subscriber's call patterns. In this way, cases marked as potentially risky by the system at the time of application, could be followed up after the installation date for closer examination. It is well known that the patterns as well as the levels and costs of fraud change very quickly in time. Because of this complexity, any fraud system could become rapidly obsolete. In our system architecture, the classification module should operate continuously to monitor the prevalence of fraud, and to provide new fraud cases for adjusting the prediction module. This study was carried out on fixed telecommunications but the techniques proposed here could be extended to subscription fraud in mobile communications, as well as other markets.