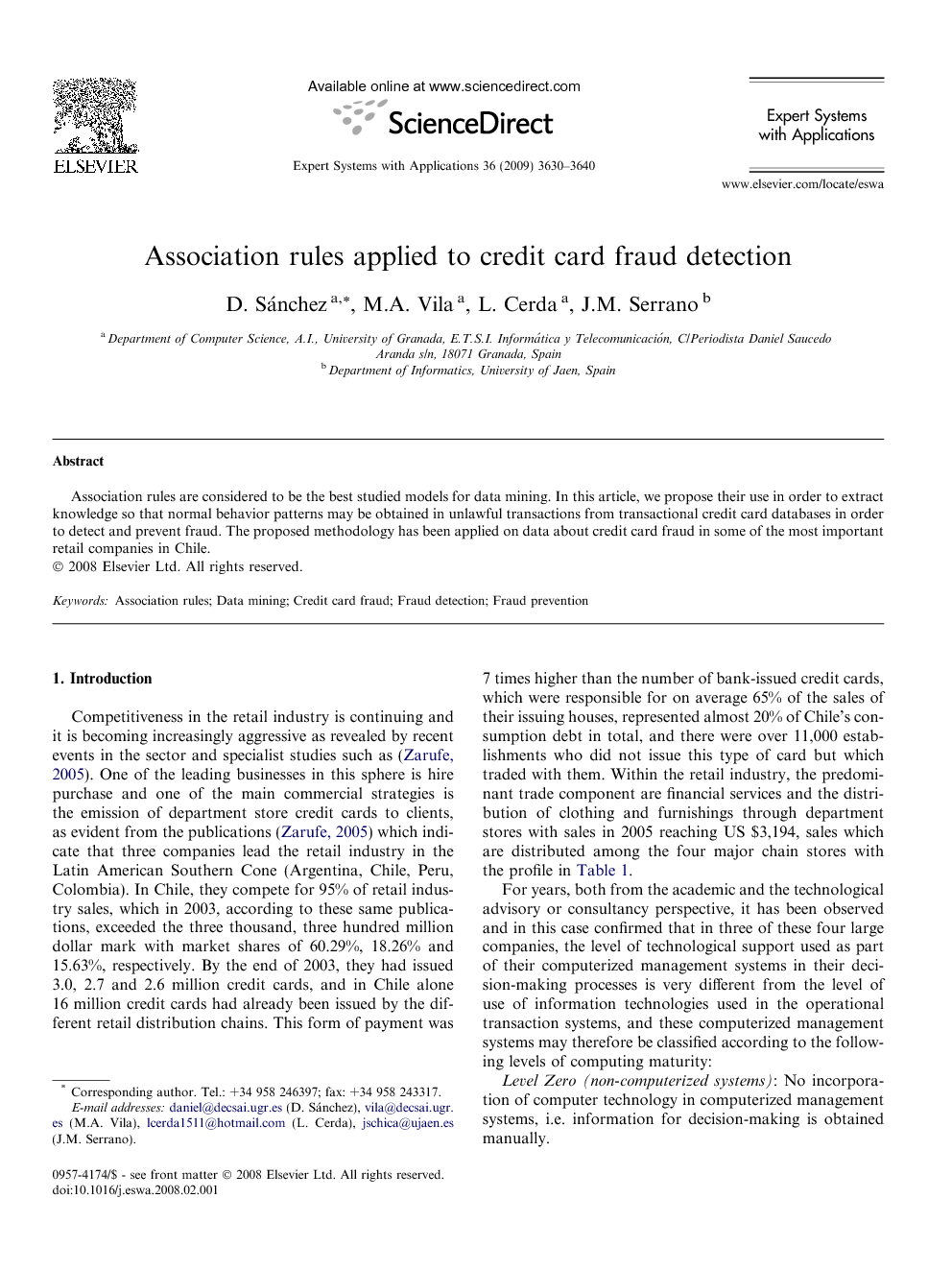 Association rules are considered to be the best studied models for data mining. In this article, we propose their use in order to extract knowledge so that normal behavior patterns may be obtained in unlawful transactions from transactional credit card databases in order to detect and prevent fraud. The proposed methodology has been applied on data about credit card fraud in some of the most important retail companies in Chile.

The main requirements for obtaining useful knowledge from large repositories can be resolved by using soft computing techniques, contributing with practical solutions to the new competitive scenario which requires online actions in order to mitigate the risk of undesired activities or actions using such forms of payment as credit cards. 2. Intelligent tools are prevented from obtaining good results due to the heterogeneity of the systems for processing and representing the information and because of the imperfections in the data as a result of the traditional model supporting these systems. Fuzzy logic-related data mining techniques enable this risk to be reduced. 3. The applied methodology overcomes the difficulties of minimum support and confidence, optimizes the execution times, reduces the excessive generation of rules, and helps make the results more intuitive, thereby facilitating the work of fraud analysts. 4. Finally, the sharp increase in the complexity of commercial management as a result of globalization requires for there to be intelligent tools which integrally solve the problems of extracting knowledge from operational databases to support decision-making. For this, there must be intuitive and efficient interfaces such as those presented in this article. Fuzzy logic is presented as a valid current alternative for this purpose, particularly since the proposed methodology seeks to simplify the results, reduce the number of associations, using algorithms to discount the irrelevant ones and making the results more intuitive through the use of linguistic labels which the human expert finds more natural. We can therefore conclude that it is possible to provide a more comprehensive, proactive online solution to provide knowledge for commercial decision-making (e.g. as in the case of fraud prevention and detection) by extracting knowledge using fuzzy logic techniques which are applied to operational databases and other strategic decisions for the organization.