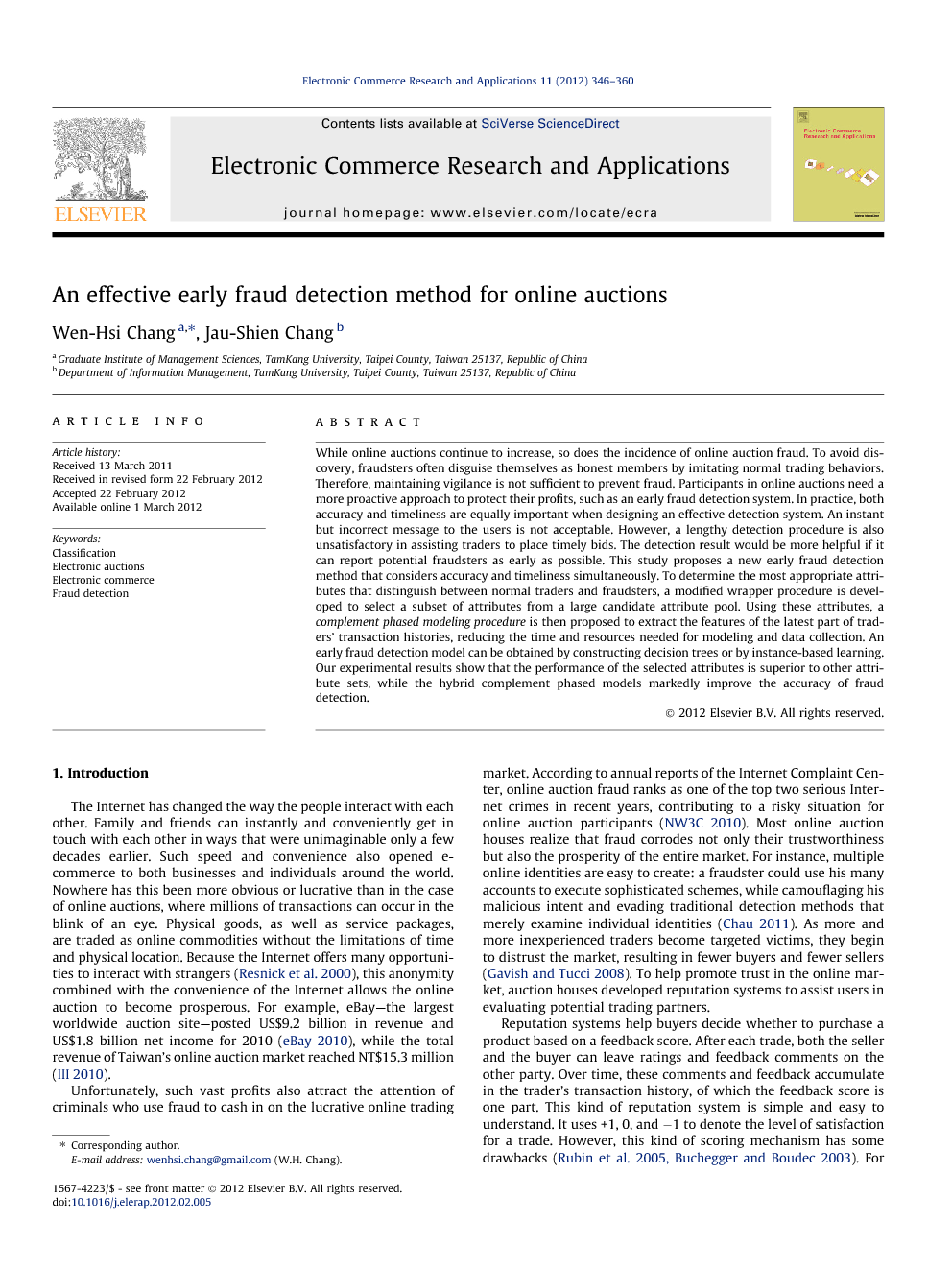 While online auctions continue to increase, so does the incidence of online auction fraud. To avoid discovery, fraudsters often disguise themselves as honest members by imitating normal trading behaviors. Therefore, maintaining vigilance is not sufficient to prevent fraud. Participants in online auctions need a more proactive approach to protect their profits, such as an early fraud detection system. In practice, both accuracy and timeliness are equally important when designing an effective detection system. An instant but incorrect message to the users is not acceptable. However, a lengthy detection procedure is also unsatisfactory in assisting traders to place timely bids. The detection result would be more helpful if it can report potential fraudsters as early as possible. This study proposes a new early fraud detection method that considers accuracy and timeliness simultaneously. To determine the most appropriate attributes that distinguish between normal traders and fraudsters, a modified wrapper procedure is developed to select a subset of attributes from a large candidate attribute pool. Using these attributes, a complement phased modeling procedure is then proposed to extract the features of the latest part of traders’ transaction histories, reducing the time and resources needed for modeling and data collection. An early fraud detection model can be obtained by constructing decision trees or by instance-based learning. Our experimental results show that the performance of the selected attributes is superior to other attribute sets, while the hybrid complement phased models markedly improve the accuracy of fraud detection.