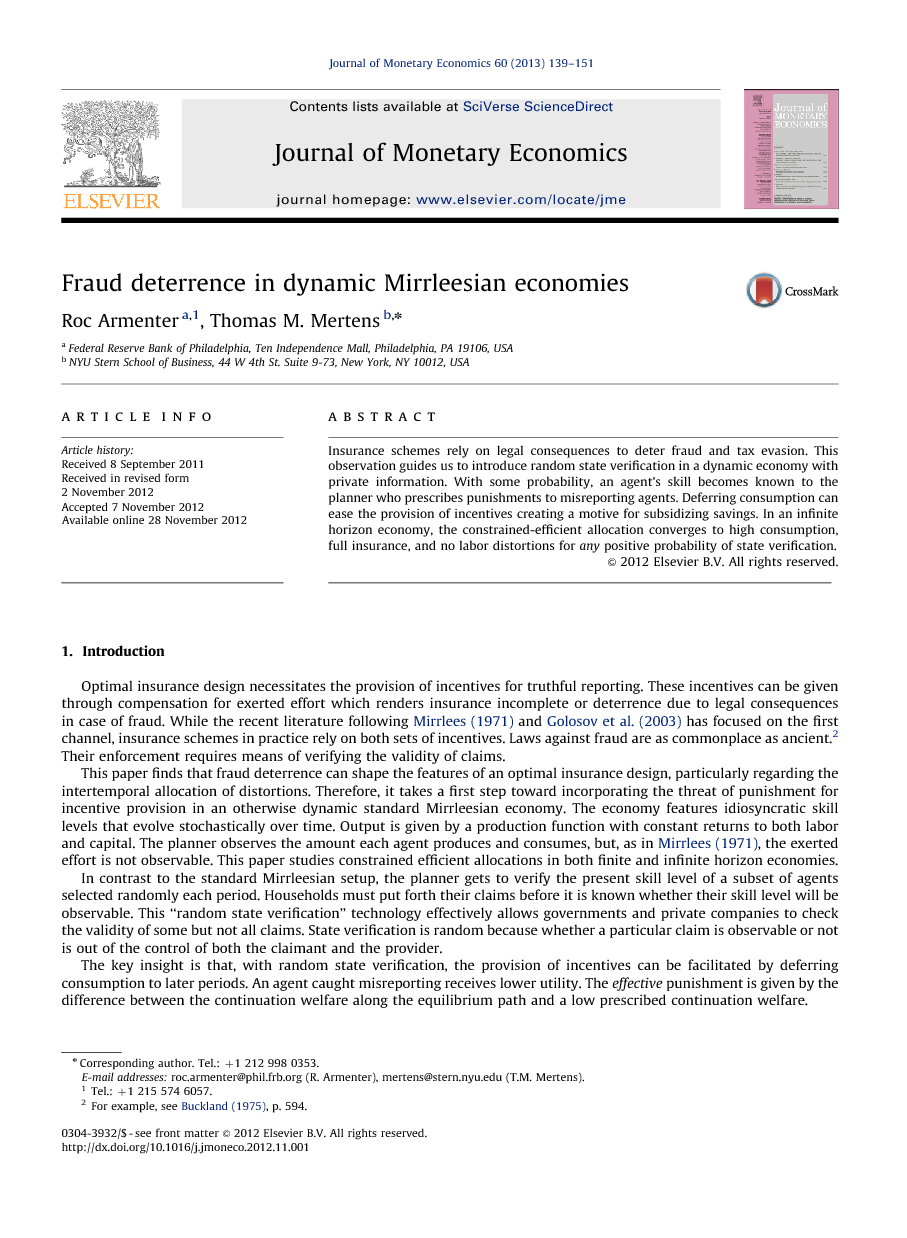 Insurance schemes rely on legal consequences to deter fraud and tax evasion. This observation guides us to introduce random state verification in a dynamic economy with private information. With some probability, an agent's skill becomes known to the planner who prescribes punishments to misreporting agents. Deferring consumption can ease the provision of incentives creating a motive for subsidizing savings. In an infinite horizon economy, the constrained-efficient allocation converges to high consumption, full insurance, and no labor distortions for any positive probability of state verification.

Random state verification is a first step toward a more realistic information framework for dynamic Mirrleesian economies. The implementation of social insurance schemes and the prevention of fraud in practice motivate us to introduce an exogenous state verification technology. The skill level of any agent becomes public information with some given probability. The results establish that state verification can radically shape the constrained efficient allocation. Particularly in the infinite horizon economy with constant returns to capital, very strong predictions for the long run emerge. Even an arbitrarily small probability of state verification implies that the economy converges to full insurance, and all labor distortions vanish in the long run. In finite horizon economies, different agents at different times will generally have different incentives to save, and a decentralization would require that savings are sometimes taxed and sometimes subsidized.