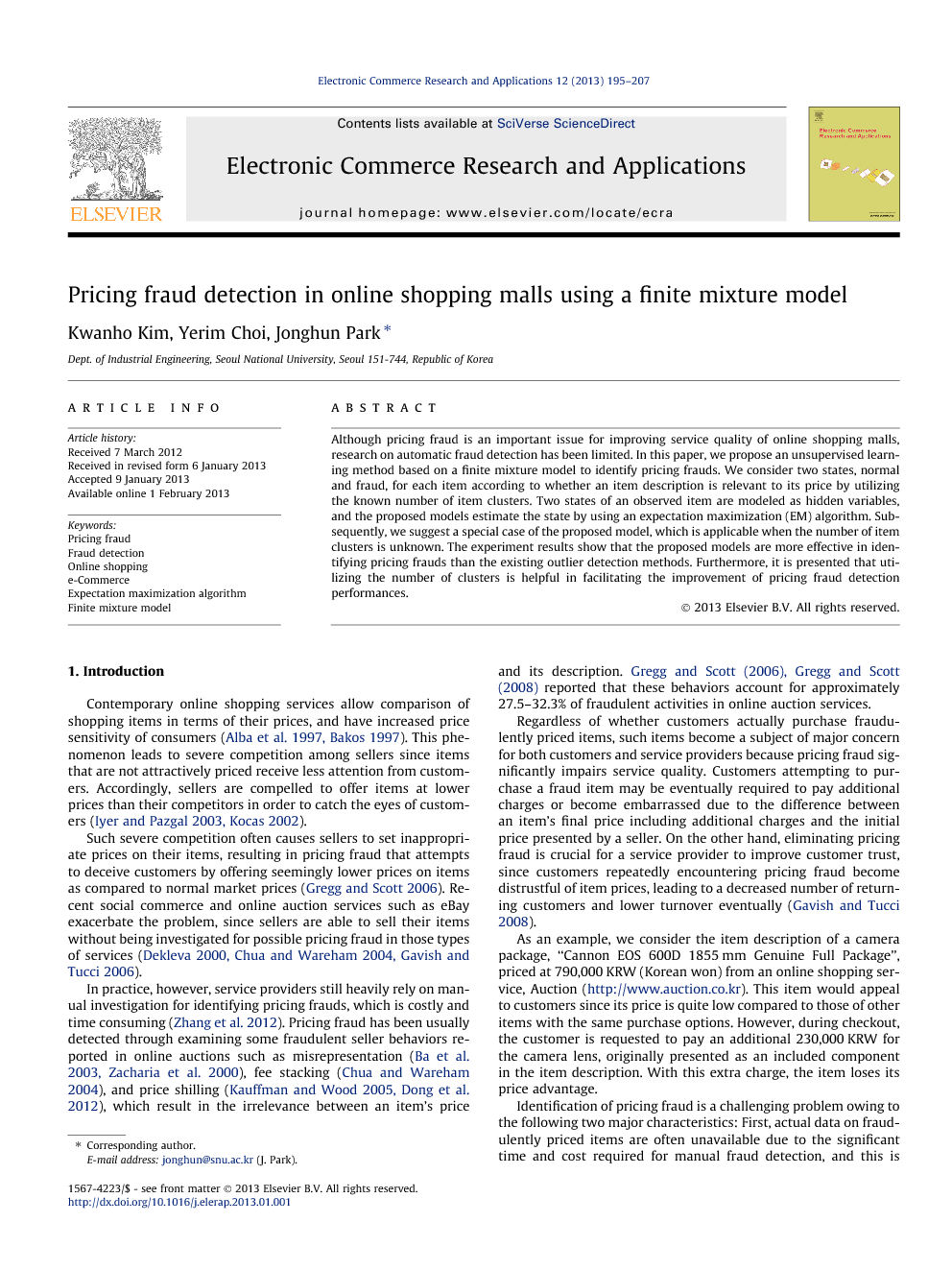 Although pricing fraud is an important issue for improving service quality of online shopping malls, research on automatic fraud detection has been limited. In this paper, we propose an unsupervised learning method based on a finite mixture model to identify pricing frauds. We consider two states, normal and fraud, for each item according to whether an item description is relevant to its price by utilizing the known number of item clusters. Two states of an observed item are modeled as hidden variables, and the proposed models estimate the state by using an expectation maximization (EM) algorithm. Subsequently, we suggest a special case of the proposed model, which is applicable when the number of item clusters is unknown. The experiment results show that the proposed models are more effective in identifying pricing frauds than the existing outlier detection methods. Furthermore, it is presented that utilizing the number of clusters is helpful in facilitating the improvement of pricing fraud detection performances.

In order to detect fraudulent items automatically without the costly requirement for labeled items, we have presented two novel methods based on a finite mixture model. Two states, normal and fraud, for the observed items were introduced, and modeled by using three sets of hidden variables. We modeled the dependency between the description and the price of an item by considering the possible combinations of the item description and price clusters according to item clusters. Furthermore, we also proposed a special case of the proposed approach that accommodates the scenario in which the number of item clusters for an itemset is not known. We used a real-world dataset to evaluate the effectiveness of the proposed models and compared them to existing outlier detection methods. Our results show that the proposed models are more effective than the outlier detection methods. It is expected that the proposed approaches will significantly reduce the cost of pricing fraud detection in various online shopping services, including small- and medium-sized malls, obviating the need for manual detection or proprietary systems. The proposed models also have a room for further enhancement by utilizing historical logs to more accurately infer seller’s fraudulent behaviors, and this will be the subject of our future work.