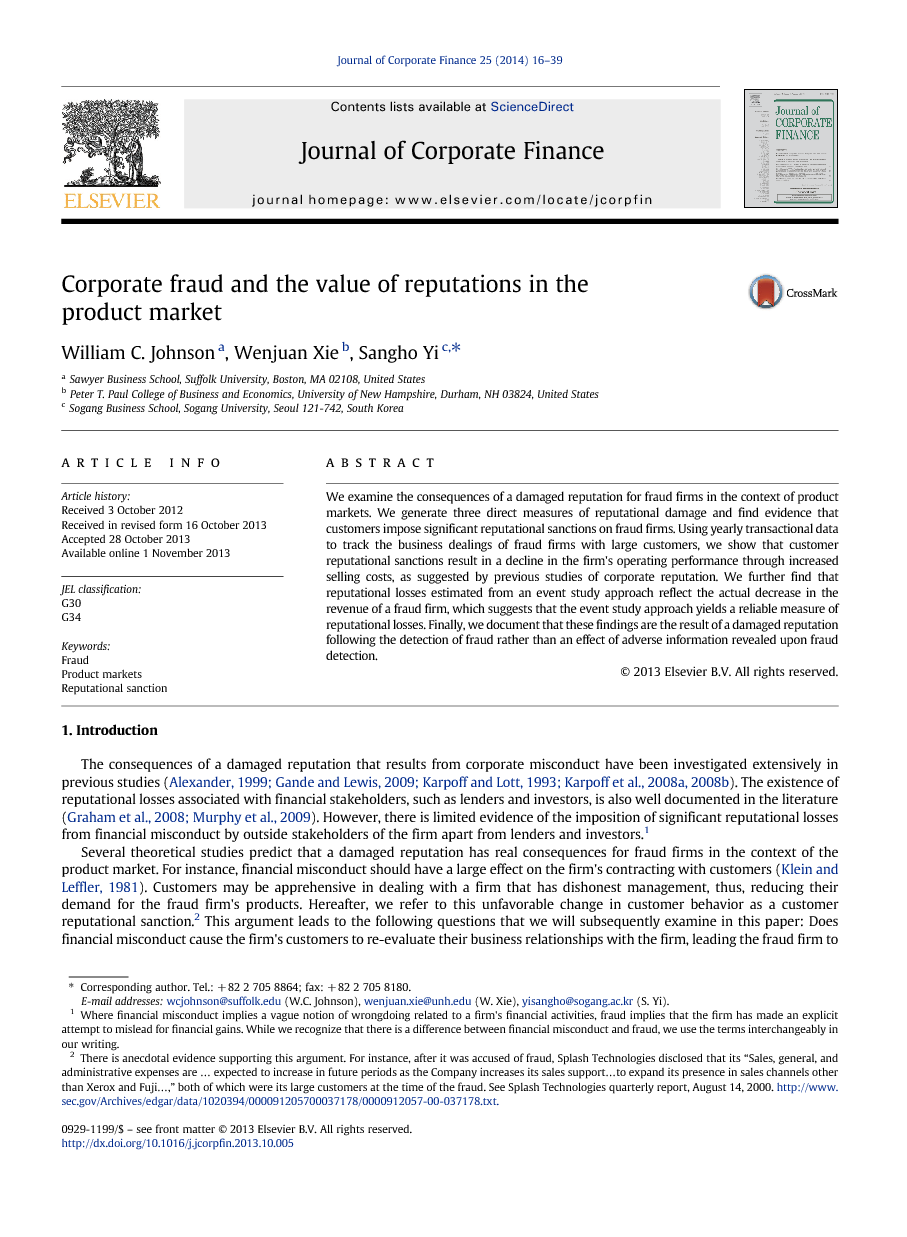 We examine the consequences of a damaged reputation for fraud firms in the context of product markets. We generate three direct measures of reputational damage and find evidence that customers impose significant reputational sanctions on fraud firms. Using yearly transactional data to track the business dealings of fraud firms with large customers, we show that customer reputational sanctions result in a decline in the firm's operating performance through increased selling costs, as suggested by previous studies of corporate reputation. We further find that reputational losses estimated from an event study approach reflect the actual decrease in the revenue of a fraud firm, which suggests that the event study approach yields a reliable measure of reputational losses. Finally, we document that these findings are the result of a damaged reputation following the detection of fraud rather than an effect of adverse information revealed upon fraud detection.