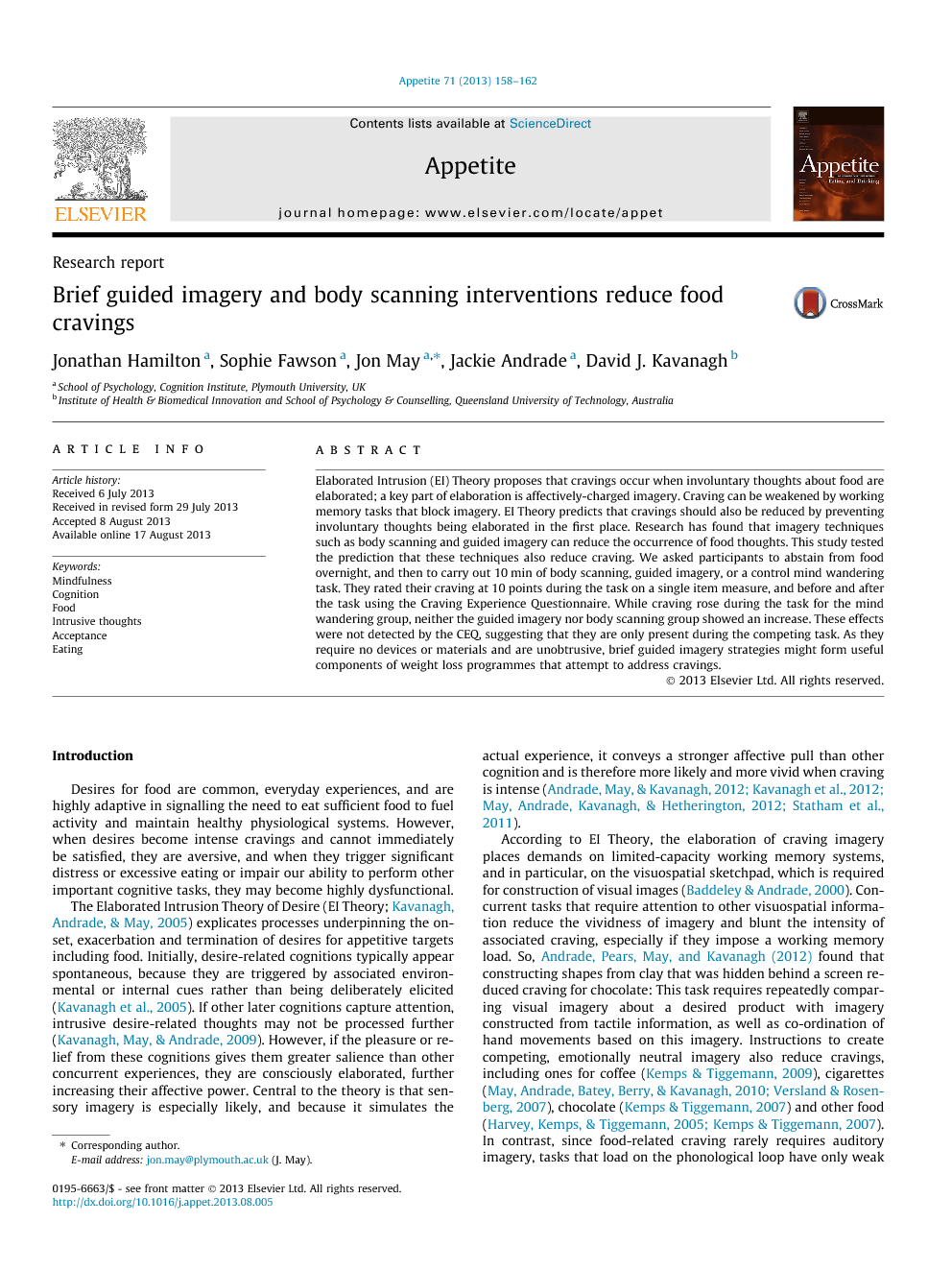 Elaborated Intrusion (EI) Theory proposes that cravings occur when involuntary thoughts about food are elaborated; a key part of elaboration is affectively-charged imagery. Craving can be weakened by working memory tasks that block imagery. EI Theory predicts that cravings should also be reduced by preventing involuntary thoughts being elaborated in the first place. Research has found that imagery techniques such as body scanning and guided imagery can reduce the occurrence of food thoughts. This study tested the prediction that these techniques also reduce craving. We asked participants to abstain from food overnight, and then to carry out 10 min of body scanning, guided imagery, or a control mind wandering task. They rated their craving at 10 points during the task on a single item measure, and before and after the task using the Craving Experience Questionnaire. While craving rose during the task for the mind wandering group, neither the guided imagery nor body scanning group showed an increase. These effects were not detected by the CEQ, suggesting that they are only present during the competing task. As they require no devices or materials and are unobtrusive, brief guided imagery strategies might form useful components of weight loss programmes that attempt to address cravings.